On Saturday, I checked my facebook and messaged a happy birthday to Jenny. An hour or so later I had a message from her asking if she could pop in on her way to Manchester the next day. It was so nice to see her. Jenny is one of those friends who though you don't see from year to year there's just something there that is meaningful and relaxed. I remember meeting Jenny at a young women's camp, I'd gone with Aunty Linda and Rachel. Jenny was in the next tent and we just hit it off. I distinctly remember feeling like we'd known each other for ages and we we're meant to be friends. We kept in touch through a few letters which in the end petered out. Then in 1998 when my plans to study Physiotherapy did not come to be, I ended up going through clearing and getting a place at St Martin's, I heard through the grapevine that a Jenny from Preston was also going there, it certainly confirmed that the decision to go to Lancaster over Ripon was the right one. Initially as I was offered a place off campus sharing a room which I declined and so was given  a room in a flat with 6 students from Cyprus. A week in and realising that the room next to Jenny was empty, I was able to transfer into there and we spent our first year of university sharing a flat, which in turn is how I met Alice Moon and then through her I met Jane.

It was great catching up. 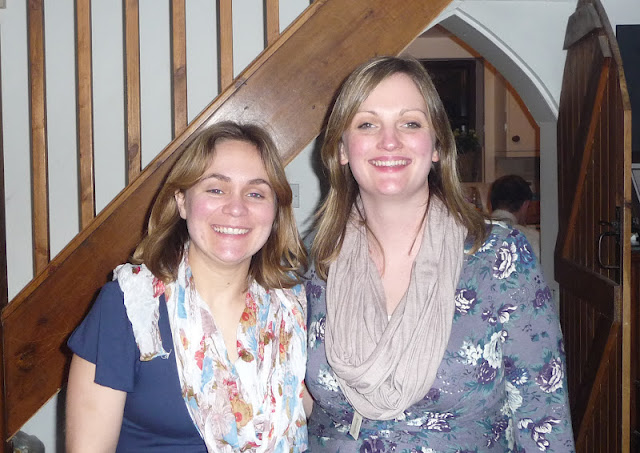 It was a little hectic as the missionaries and Eric were also over for tea. Ben took a liking to Eric's flat cap and he looks super cute in it :) 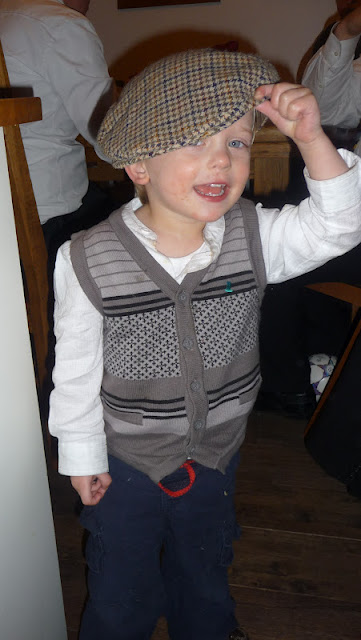 Cheese - I think Aunty Jane would love this photo. 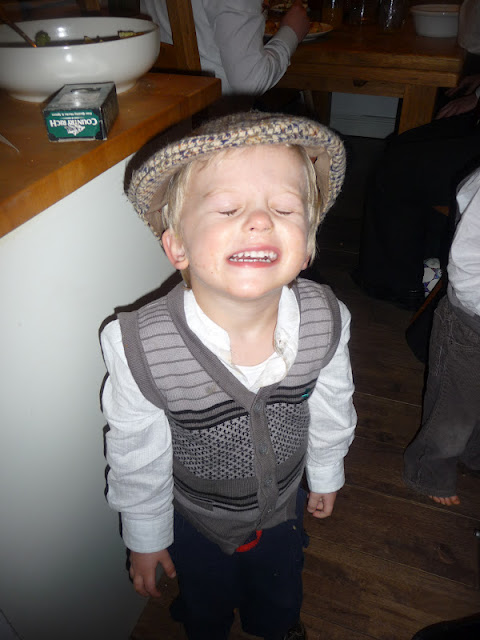 Just something else I want to remember from today is Joseph giving his dog the sacrament, he did it with a slurp and then had the sacrament himself, it made me and Mike silently chuckle :)
Posted by Aimingforswanlike at 12:18

Email ThisBlogThis!Share to TwitterShare to FacebookShare to Pinterest
Labels: Ben, Joseph, why I blog