Snow arrived in our neck of the woods on Saturday afternoon :)

The boys were really excited and Ben finally complied and put on his Bear hat without any resistance  - this called for a photo! 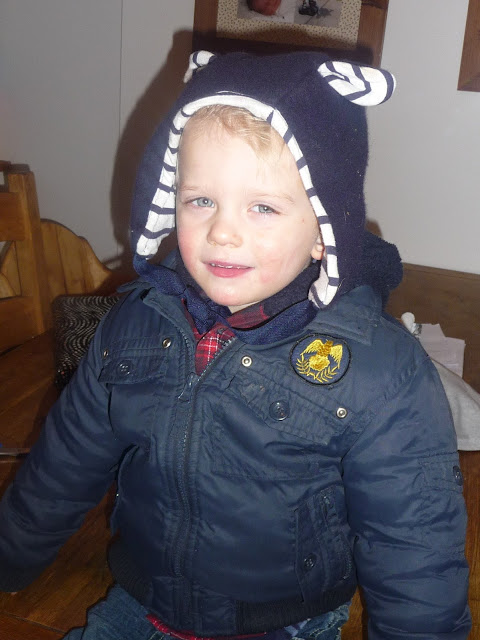 It's snow much fun to play when it's snowing! 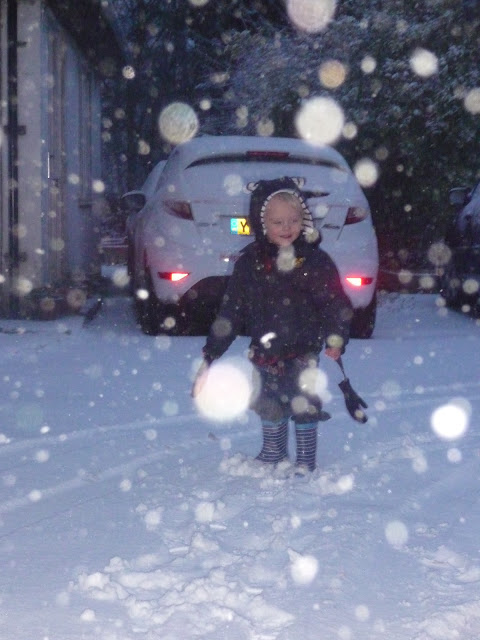 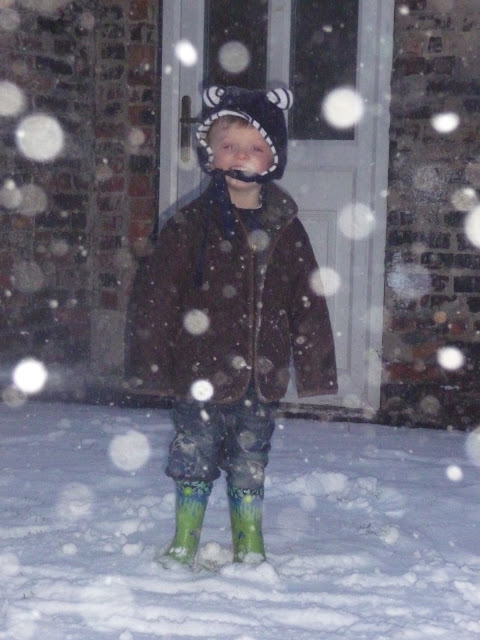 On Sunday when it had all settled, Daddy and the boys went out to  have snowball fights.. 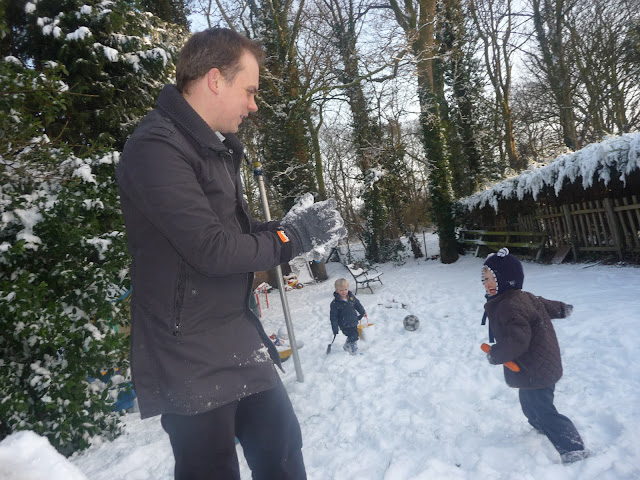 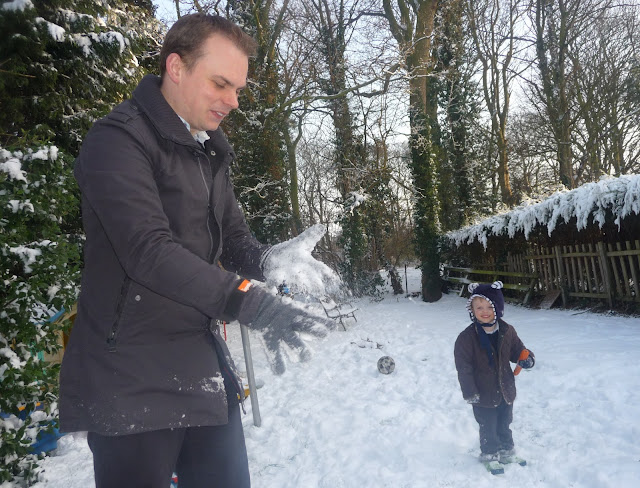 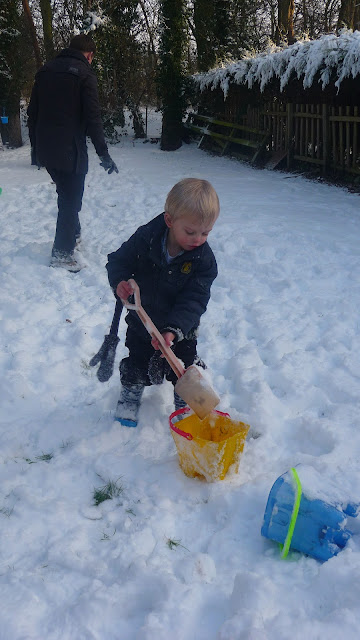 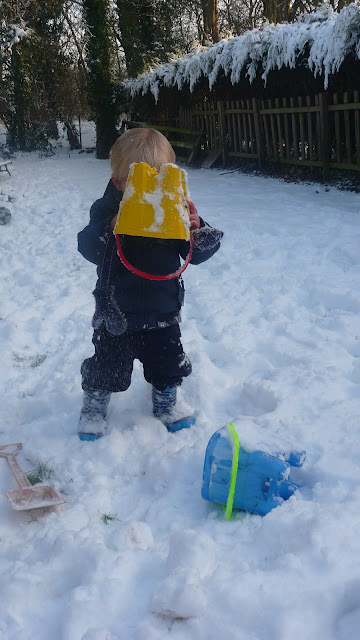 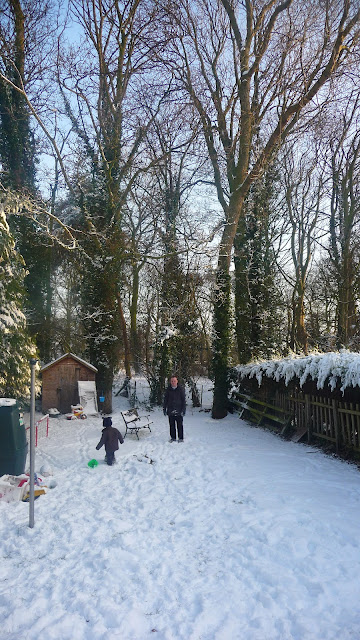 (not entirely sure why Joseph needed to pull his trousers down?!) 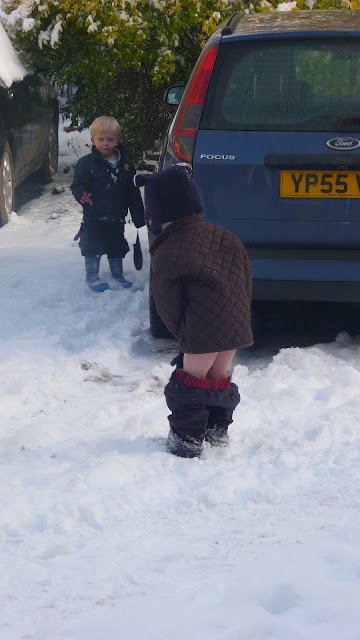 .find the deepest snow to walk in.. 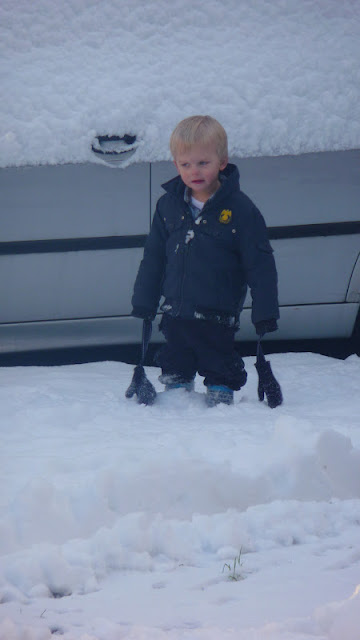 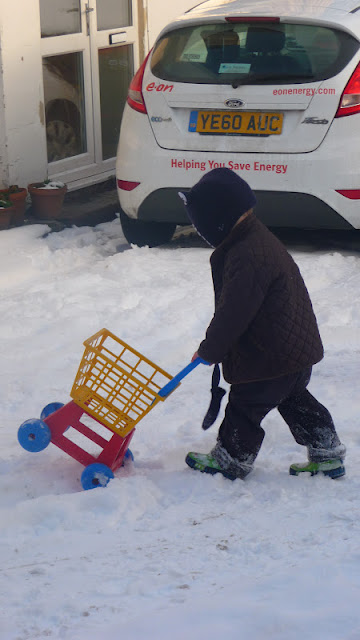 .. and build a snowman which as you can see didn't turn out quite like they'd planned. Apparently the snow was too powdery and so would clumped together in order to make a traditional snowman so instead they made a snow face - Joseph was very pleased - small and simple things hey?! 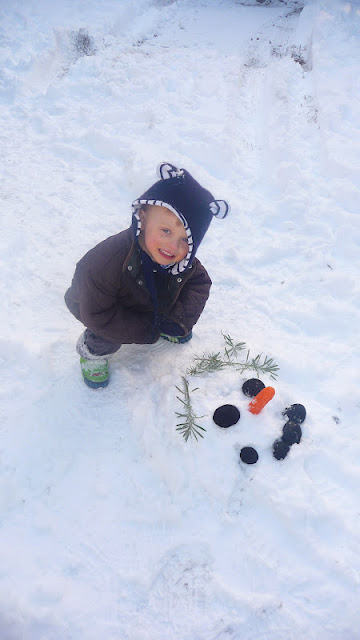 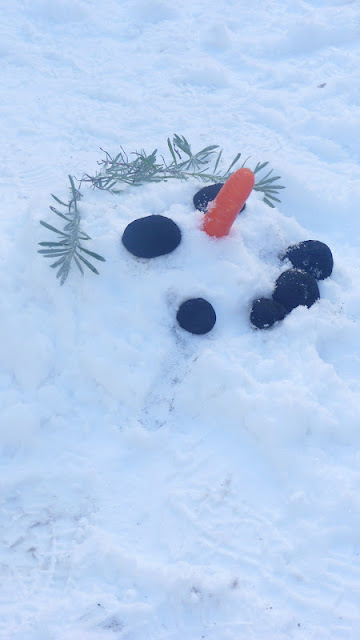 The Saturday after the boys went round to Grays for some more snow fun which included... 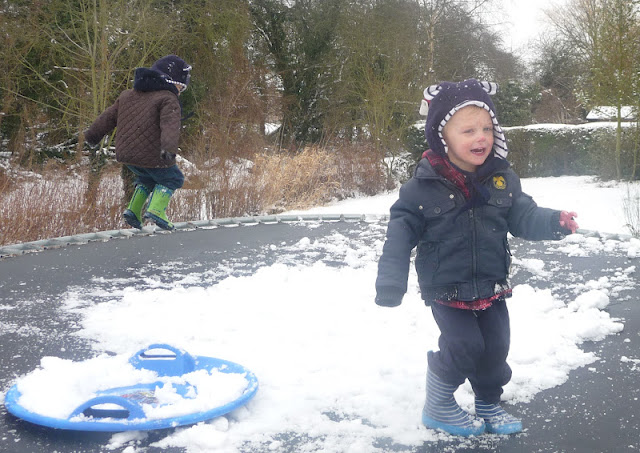 ...making a larger though by no means large snowman :) 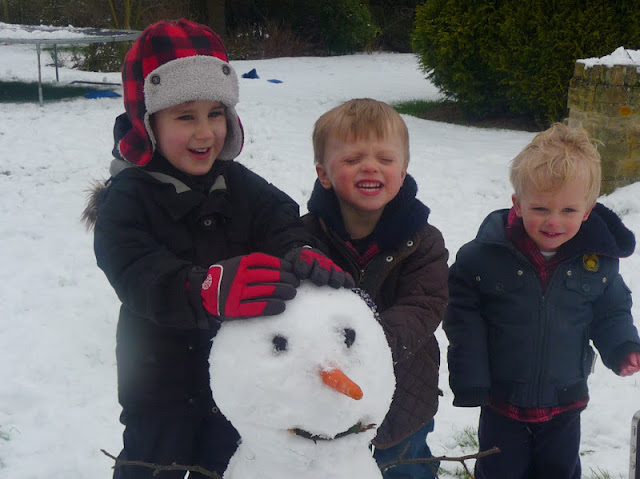 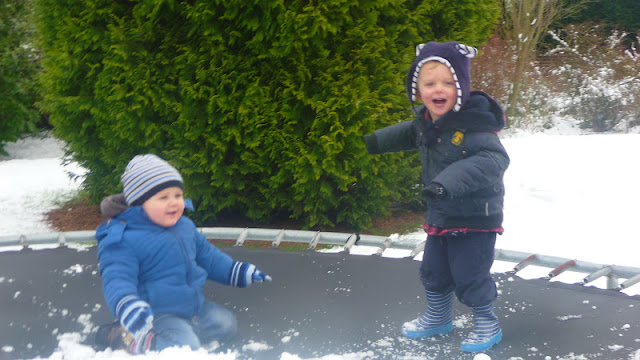