On the first day of 'the holidays' my true loves gave to me...

.. the need for some adventure :)
We set off (totally unprepared in hind sight; poor choice of shoes - sandals, white pumps, nettles and mud aren't a great combination! No drink and man did I need one; didn't tell anyone where we were going - the what ifs at one point did spin round my head!) to explore part of the Wolsey Way. We've only lived here nearly 6 years and never walked along this part of the river :) 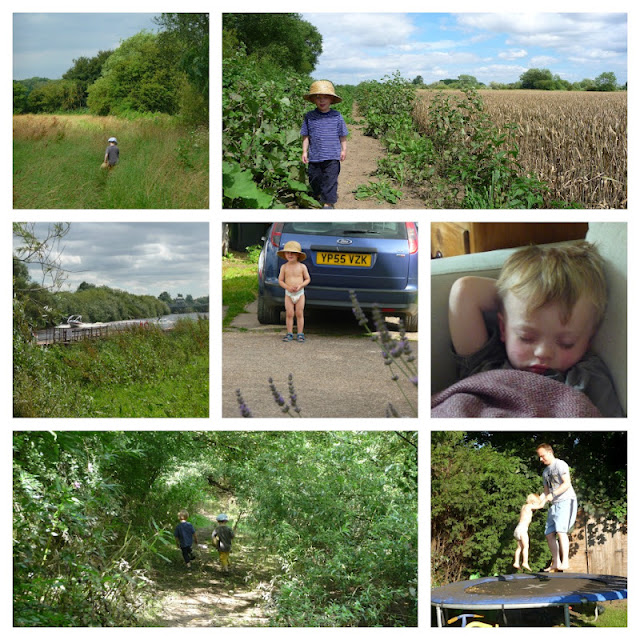 There were some lovely shaded parts where the trees go right down to the river, at one point Ben randomly threw his straw hat in and I had to cling onto branches to stop myself from slipping down the bank into the water myself - cheers son :)

Joseph found a trusty stick and like an avid explorer smote back the long grass and nettles, as he led the way. At one point he declared that we had entered the 'dark side of the force' - lol! Later on in the day Ben is a whispered voice as he looked me directly in the eye told me ' you... are Darth Vader' These boys crack me up :) I did get upgraded to Han moments later and Daddy became DV. Ben announced himself as 'Luc eyewalker' and Joseph is Rex. Joseph does similar castings though I get to be Princess Laia or Senator Armadarla, Nathan is Captain Solo, Ben is Luke and he is Rex.

Ben is getting so much better at walking longer distances now though he wasn't to happy about all the nettles 'ouch, ouch, ouch' with each step. He was happy when two muddy puddles came along and disobediently he splodged right through them.

I love the colours of this time of year the yellow of the crops, next to the green of the trees and blue of the sky. Being surronded by the seasons spiritually uplifts me and is one of the many reasons why I love where we live. 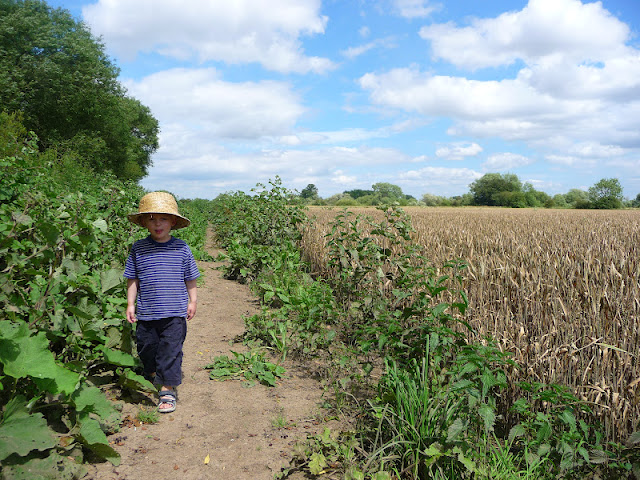 Safely home, hosed down and in Ben's case stripped! 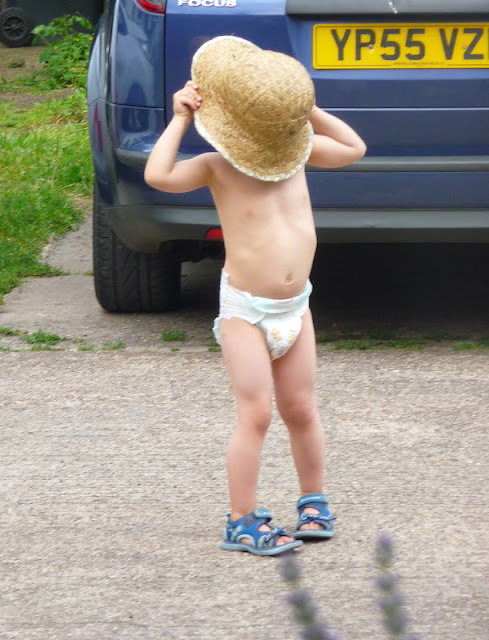 Joseph went for a mammoth nap (love to see my boy sleeping, he looks like an angel)


Great first day of the school holidays
PS. Thank you sun for turning up, stick around as long as you like :)

Email ThisBlogThis!Share to TwitterShare to FacebookShare to Pinterest
Labels: Ben, Joseph, Walks, why I blog