Pair up this boy with Little Miss Elsie and you have got the biggest pair of gigglers! Mr Fussy Pants, at first was having no one else push him in the 'wing'. 'No, my mummy!'
He is going through this Mummy's boy stage and I am pretty much, most of the time, loving it. In the the morning, though he can get out of his cot, he will call 'Mom!.....Mom!....MOM!MOM!'
Most mornings I obediently and quickly heed the summons. He then hugs me tightly, nestling his head into my neck, until I plonk (gently place!) him on the bed and then dive back in myself and try to get back to sleep. He does not like the covers over his feet and gets ratty when you replace them over the top, in the attempt to get the covers over your own shoulders. Some mornings the boys have gone in to get him 'NO! NO!NO! Mummy!' and then Daddy has even tried 'NO Daddy, No Daddy! Mummy!' 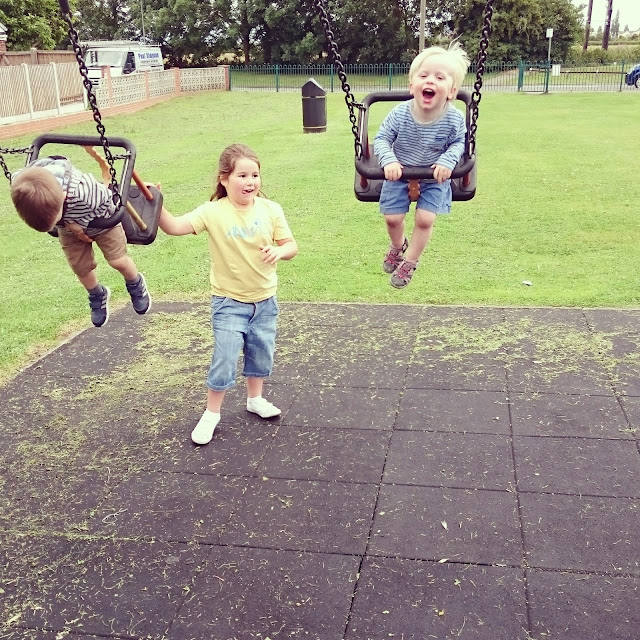 Saturday, we celebrated Yorkshire Day by ditching the temperate weather in Cawood and seeking out the rain at Bolton Abbey!! BBC weather forecast failed us! Though, in the end, we had a great day and probably if we'd known in advance we'd have cancelled and missed out on a lot of fun. Ben surprised me as he was so into playing in the river. Ben normally prefers his water a bit warmer and cleaner too, but he loved playing on the lilo. He still cracks us up with the one liners and as we were driving over the dales we got to a particularly steep decline and the voice from the back cries 'Hold on to your butts!' He just cracks us up. 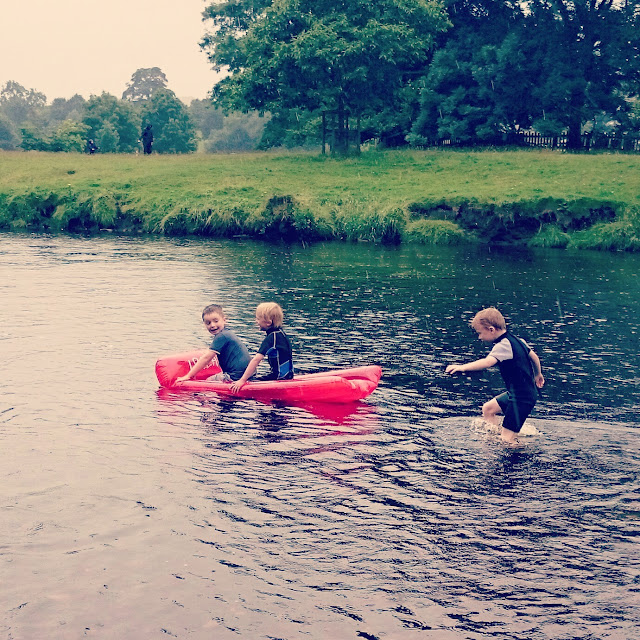 More water! This time at Valley Gardens in Harrogate. I actually didn't realise there was a paddling pool so came unprepared. I learnt that Joseph and Ben are now too cool to be seen in just their undies, but they were happy to borrow shorts from Megan, our three year old friend. Phew! Good to know they're not too cool for that! Joseph has been great hanging out with lots of children who are younger than him. He is also really good at making friends quickly, with new children his own age at the places we've been. He'll strike up conversation with anyone and sometimes they reply and sometimes they look sheepish taken back by his confident but friendly nature. 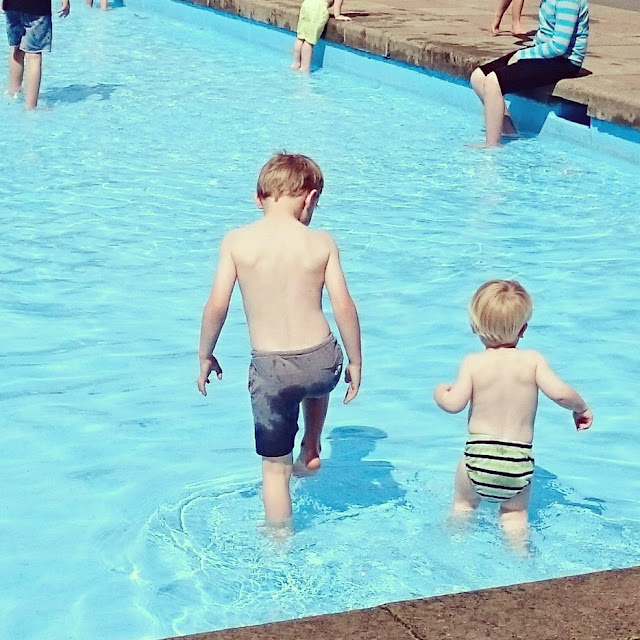 (Seth didn't mind wearing his bros undies over the top of his nappy. He's too cool to go paddling in just his nappy though JK)
Posted by Aimingforswanlike at 15:19