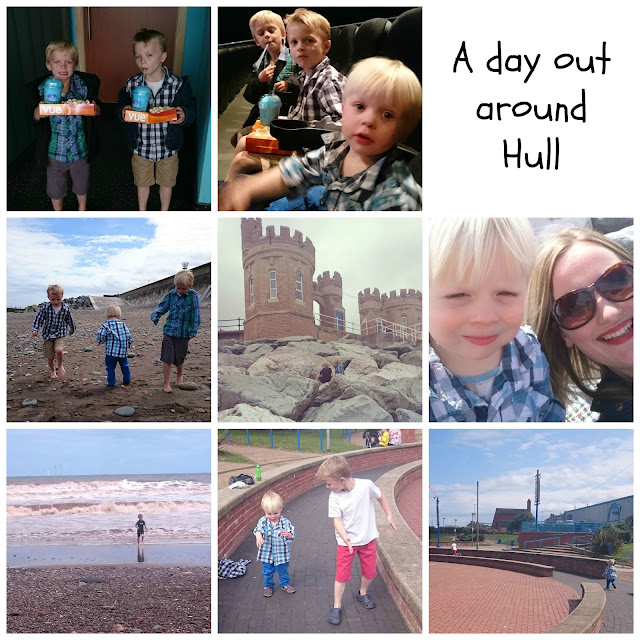 Hopped along with daddy as he went to deliver a training course in Hull.
Kids AM film - two by two. Baby bro refused to be fobbed off with an inferior drink to the tango ice crushes his brothers had!
Trip to Withernsea is a lot further than you think by looking on a map!
Deserted beach. Joseph paddled in the quite turbulent sea and then was lovingly persistent in trying to rescue Anakin who had fallen out of Ben's hand in between the boulders. It was then time for some racing around the circle pavement in Withernsea park. Joseph wanted to beat his PB each time, Ben wanted a head start and Seth of course wanted to race too. They made it look like so much fun that other children wanted to race too!. 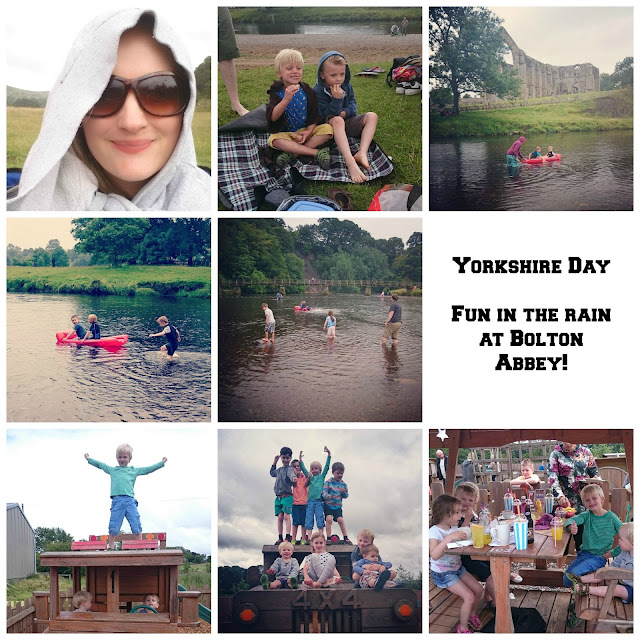 Soggy but fun day out with friends at Bolton Abbey and a retreat to Billy Bob's ice cream parlor.
Posted by Aimingforswanlike at 13:02