So naturally I begin a project which involves taking photos of the boys each week, something which I naturally do, right? Well, in typical fashion, this week my selection of photos to chose from has made the job really easy as I have literally ; one of Ben;  one of Joseph and only a few more of Seth. He obviously has more photos because I spend a lot more time with him and not for any of those other reasons boys (yes teenage/adult versions of Ben and Joseph I hear the wooes are us tales OK!!! You go to school, he stays home, hence more photos!!) 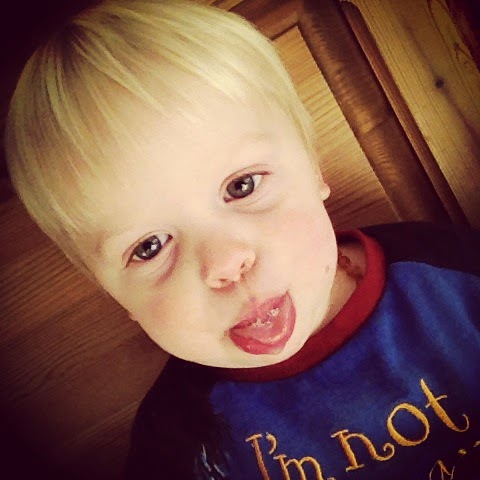 Seth is into spitting and throwing!! The delights of a two year old!! It is really hard not to laugh and to have to put on a serious tone when he does it because it is naughtiness in the cutest way. He sups a drink, stores it, looks at you, then he will sometimes swallow but really all he wants to do is squirt it out and see how far it goes. The same with throwing things. For him there is real joy seeing that something he held can travel so far, so quick. Cheerio breakfasts have been thrown and spat out this week, the walls bear the proof. 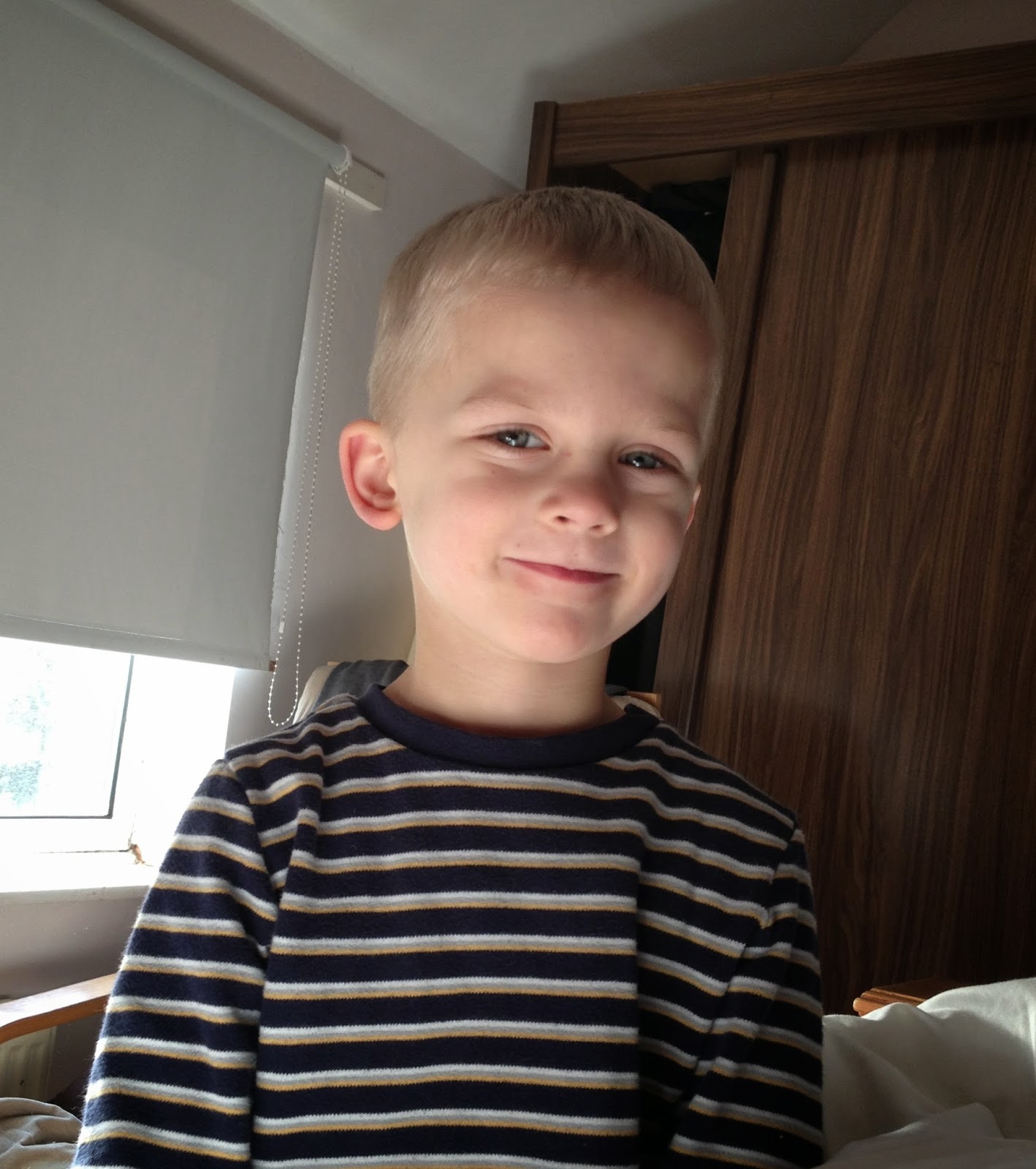 This photo, was asked for as he was running around our bed room on Saturday morning. 'Ben I do not have enough photos of your handsome face on my phone.' He obliged,stopped momentarily and posed. This week he has enjoyed making up and telling jokes. It started with 'why does the chicken cross the road' style jokes and then we have migrated into 'what do you call a man with... on his head' You can tell a Ben composed joke because it will almost definitely have the word 'bottom' in it somewhere. He had Uncle Josh and I creased up laughing on Sunday night after they all came over for a birthday tea for Nathan. 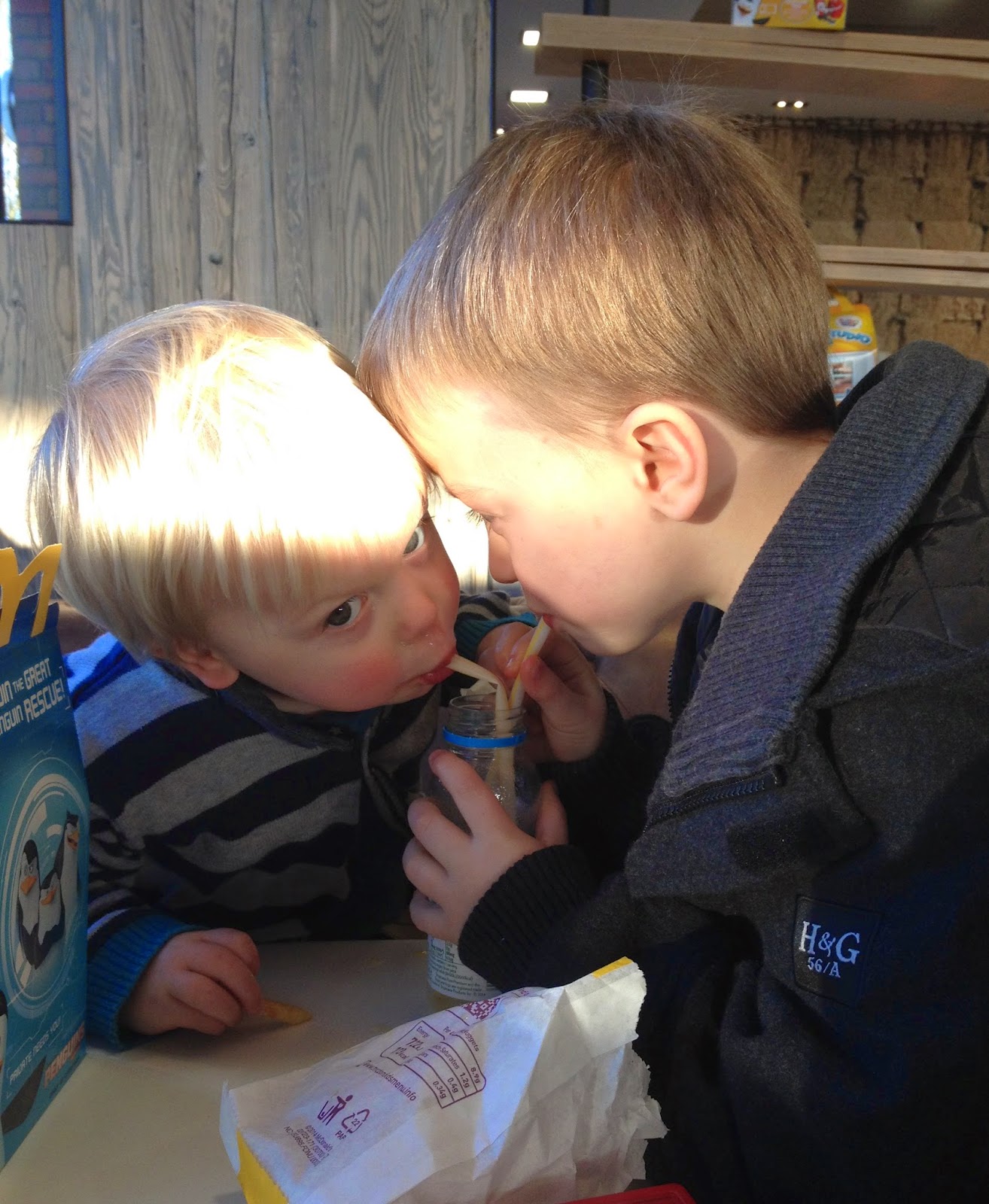 This was a sweet moment. Joseph happily shared his Happy meal with Seth. Seth was not interested in the 20 nuggets and fries, Nathan had bought to share but wanted Joseph's fries and drink. Not a grumble passed from Joseph's mouth and believe it or not I felt relaxed eating out for the very first time. We actually looked like a fairly civilised family.... I know I've said it out loud it'll never happen again!