End of July we took a trip to Scotland to visit the beloved Andersons. Quite a treat the sun shone the whole time as the heatwave had also struck above the border- resulting in lots of outdoor play. 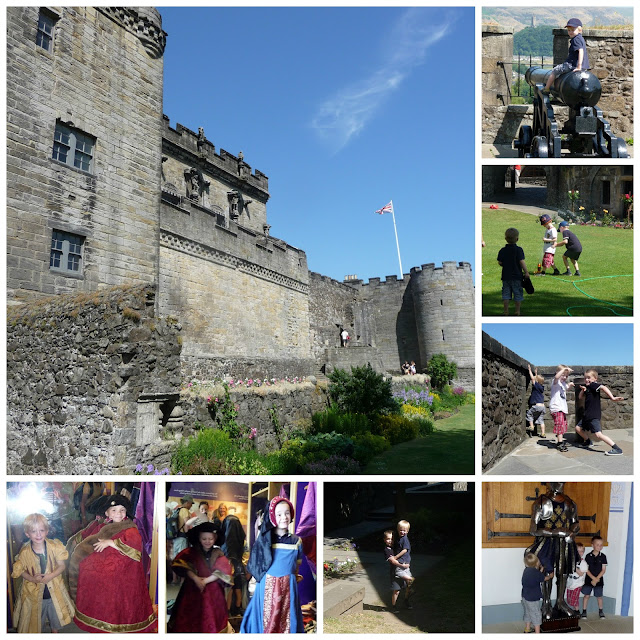 Picniced, played in the sprinklers, attempted to get the boys to listen to a child-orientated tour round the castle to no avail! Lots of ninja poses, dressed up, Charlie helped with child shepherding as he went to retrieve Ben. Will never forget when Joseph took the meaning of 'hands on activities' to a new level when he met a certain character in the castle - enough said lol! 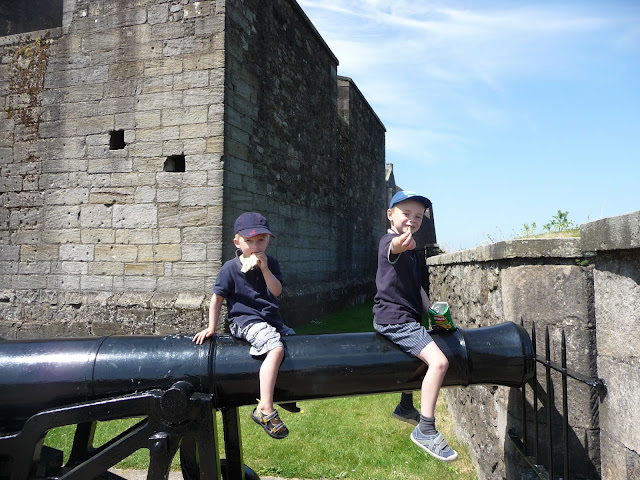 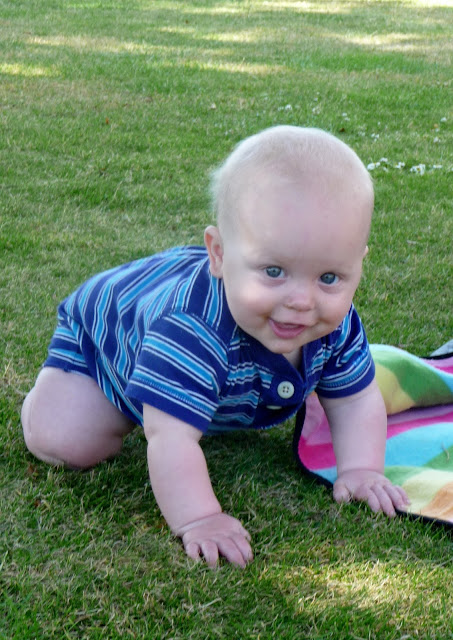 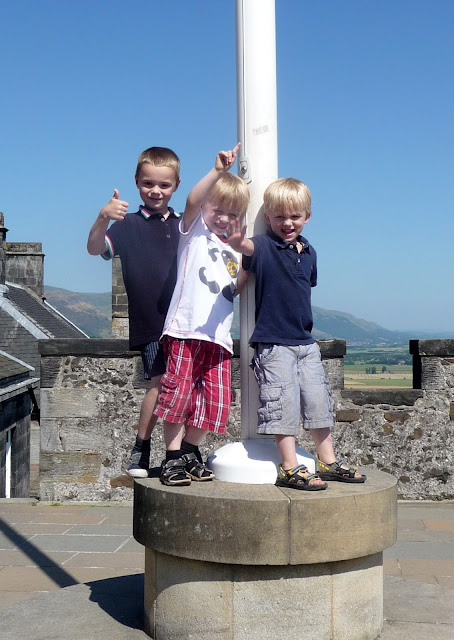 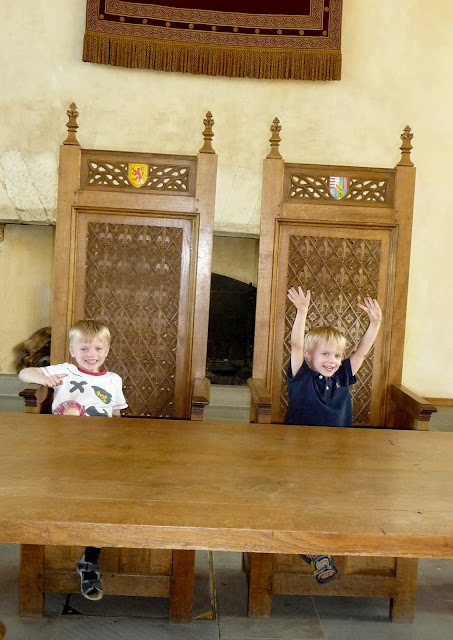 Home of;  golf, a lovely beach, a fab castle with underground mine and cafes which boast claims such as; 'Where Kate met Wils for coffee!' 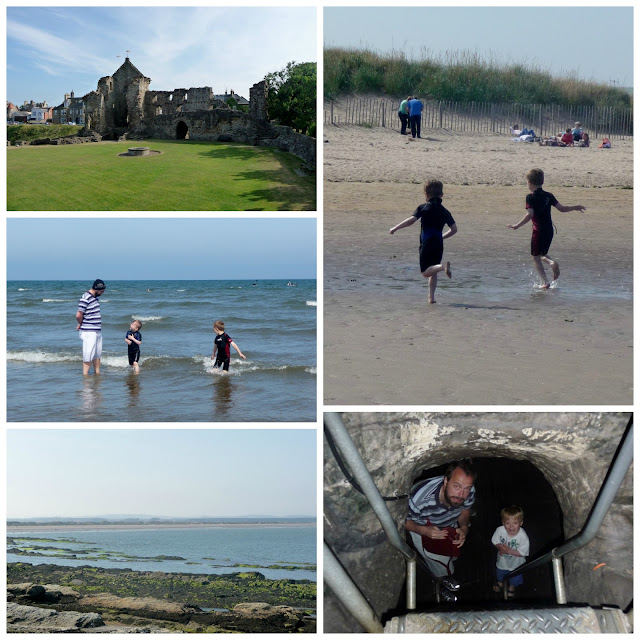 Note that Joseph isn't underground with a hobo - that's just Gary adorned in his pageant beard! (We obviously knew that pageant beard was for the pioneer inspired British pageant not a beauty pageant as some of his colleagues had thought!) 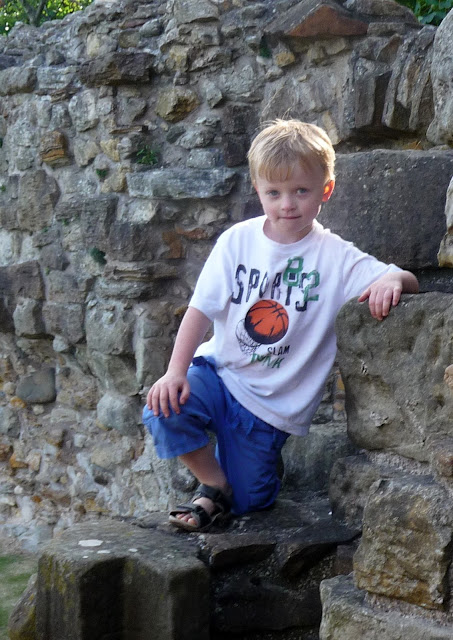 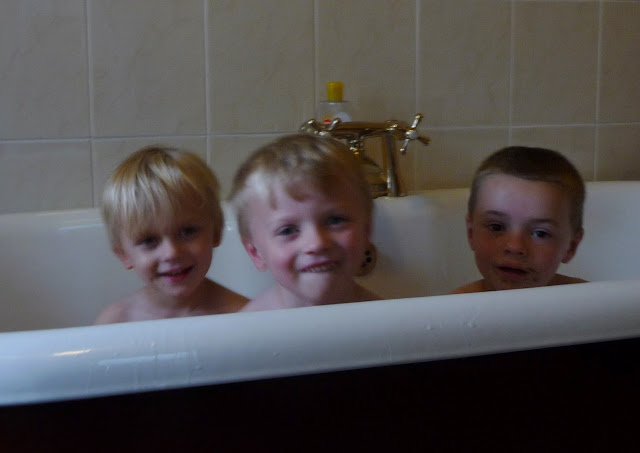 Lovely afternoon walk through the woods at The Hermitage to see the waterfalls and then back to a spot by the river where the boys went for a climb amongst the rocks and Nathan and Gary went for a swim. 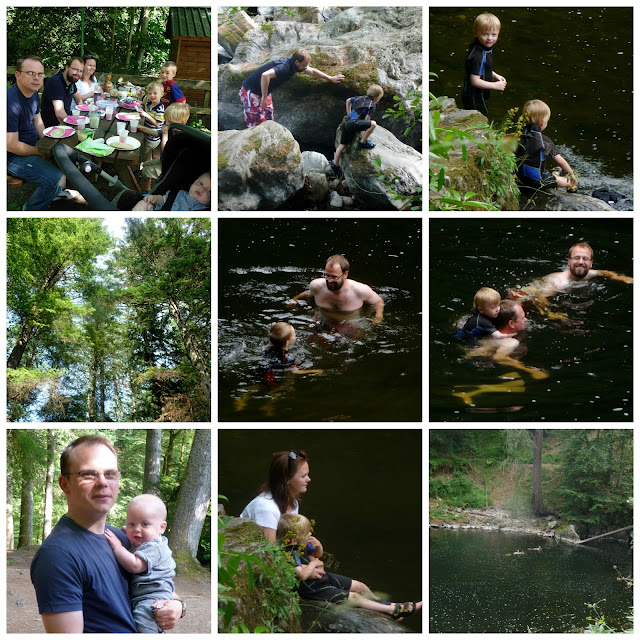 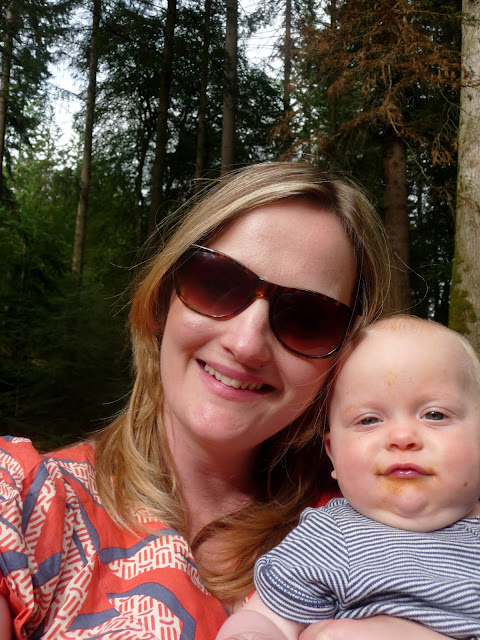 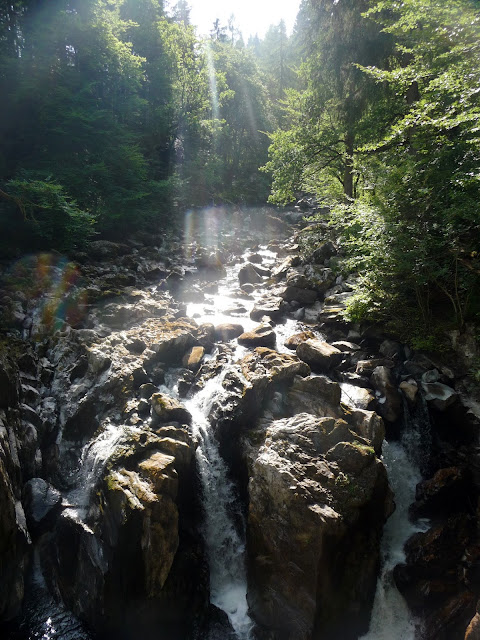 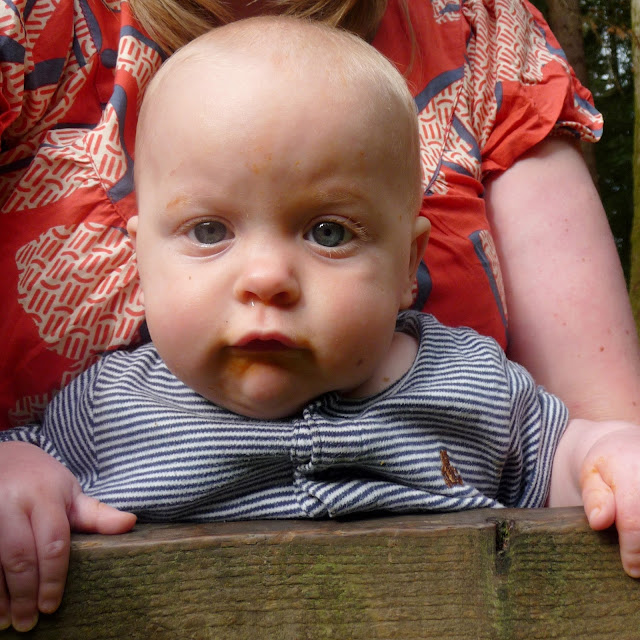 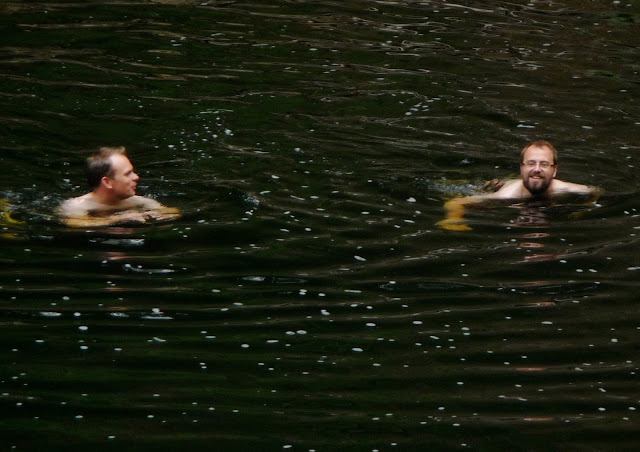 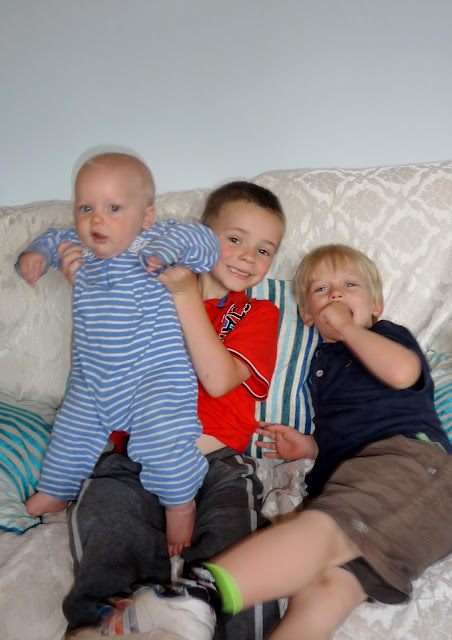 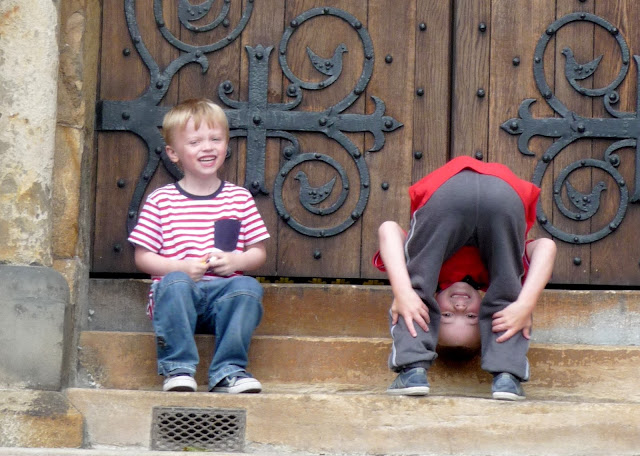 It was such a lovely break. Saw lovely places and had some super chats with my friend Lynne :)
Posted by Aimingforswanlike at 06:21