Baby bro got married :)
Ashley looked stunning and her cheerful, playful nature came across throughout the day as well as an elegance too.
Lots of tears, primarily from Richard and Mum.
Lots of chasing around after the duo.
Fabulous food in both quantity and quality at the Tullyglass hotel in BallyMena ( Bally means town or place of)
Lots of laughter at the speeches (some telling off directed at a certain 'tall' brother for being too mean) 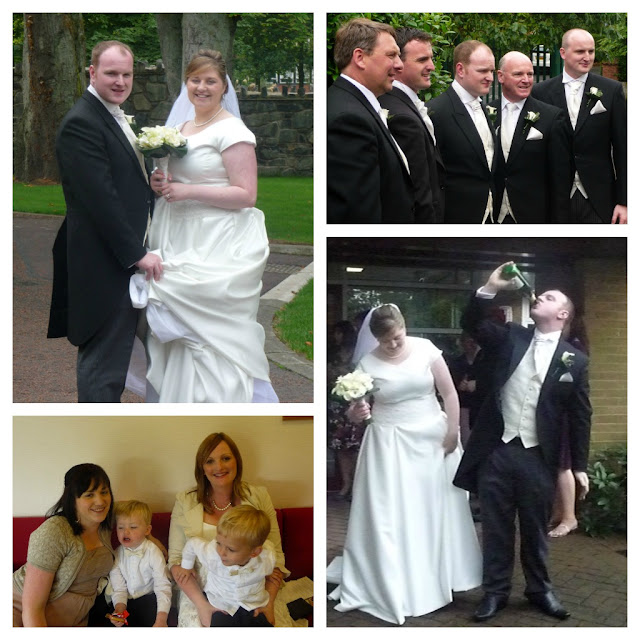 Joseph won the whitest shirt contest and Ben lost by a landslide :)
Participated in the 'wouldn't it be funny to take a photo of Kathryn stuffing herself with dessert with her big belly' photo :)
Joseph fulfilled his responsibility of walking down the aisle very seriously and actually Nathan did shed a tear of pride , he told me.

Sleeping arrangements. Nathan in single bed. The boys and I in the double? 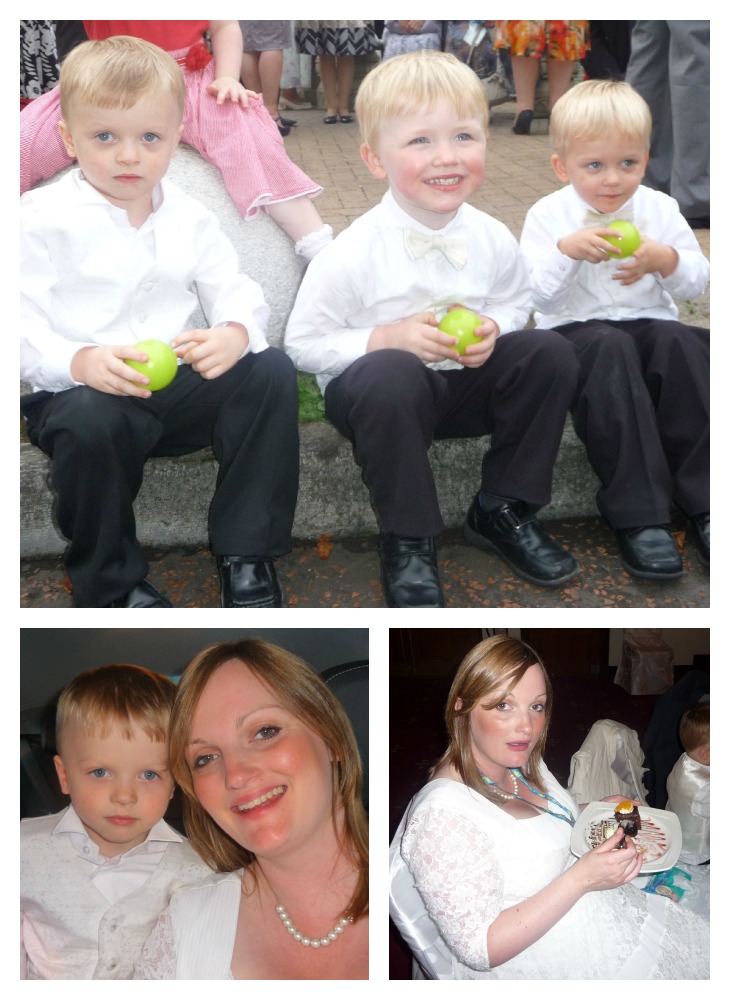 Wedding day the second. Woke up at 6, once more at the Corr's Corner which fortuitously had a vacant room when we found out  that I hadn't actually booked the room at the premier inn for that night back in May - Duh. Insisting on staying until seven so we could have some of the breakfast we'd paid for meant that once more we arrived at the airport gates by the skin of our, the skin of our teeth - no joke the skin. Nathan had to be frisked and my bag had to be electronically swobbed???? Anyway we made it :) Dropped the boys off at the McNees and headed through 'torrential August bank holiday special rain' to the temple.

Flights for everyone else had been delayed so the sealing too was delayed but all things work out and it meant that Mandy and Joanne were also able to be there with us - a treat.
Lovely sealing, again by President Leece. Lovely to think about things of real importance to be given perspective on things such as our homes being our own little Kingdoms and to bring word to Heavenly Father about how we see things, especially about how we see our children, our concerns and worries about them as individuals and to seek His guidance in raising them. 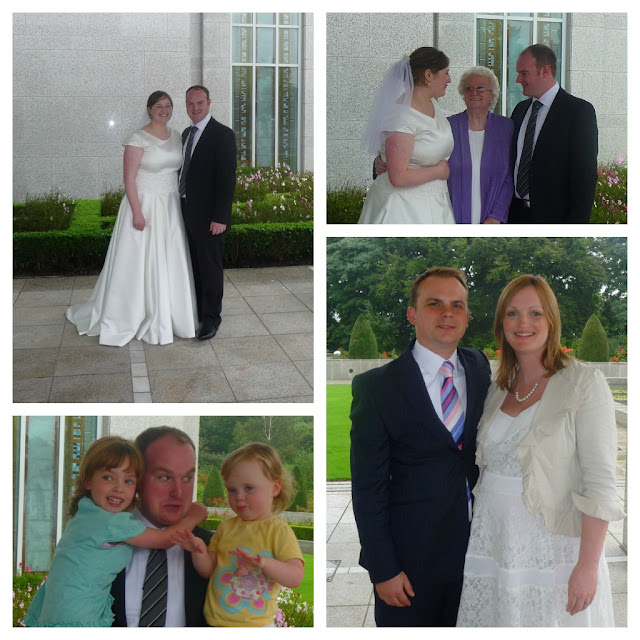 Sleeping arrangements - at home in our own beds :) 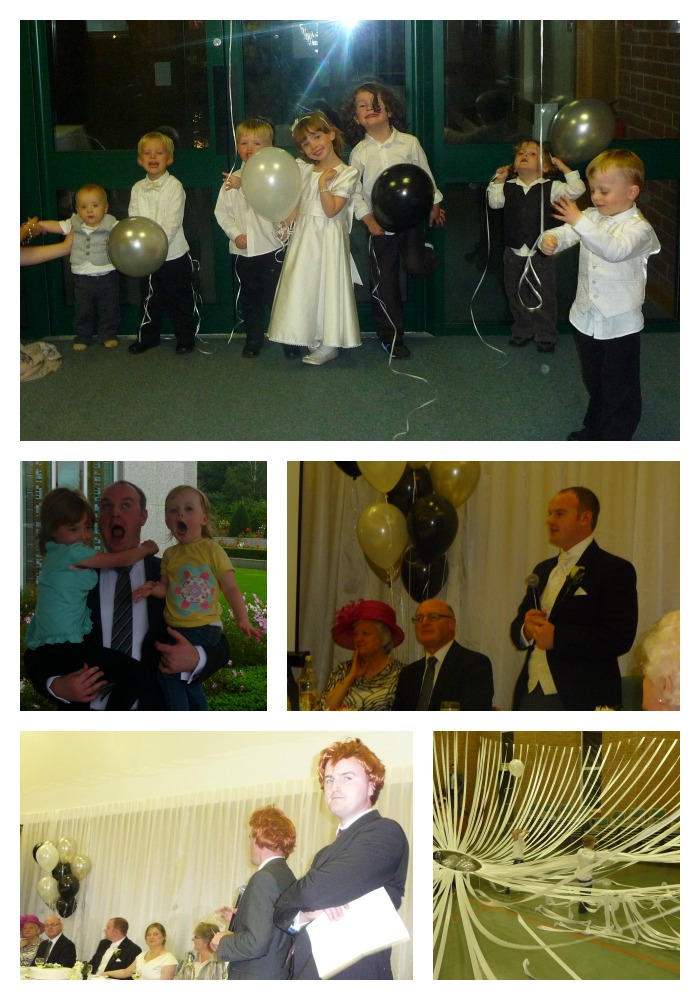