To see the Bleakley's we went

This weekend we headed for Southend (or 'Sarf-end' as we like to say to be truly authentic) to visit with Jennie, Jonnie, Evie and Gracie and enjoy the delights of the Sarfend airshow. The sun was shining and we heade up the promenade through the exhibition stalls. 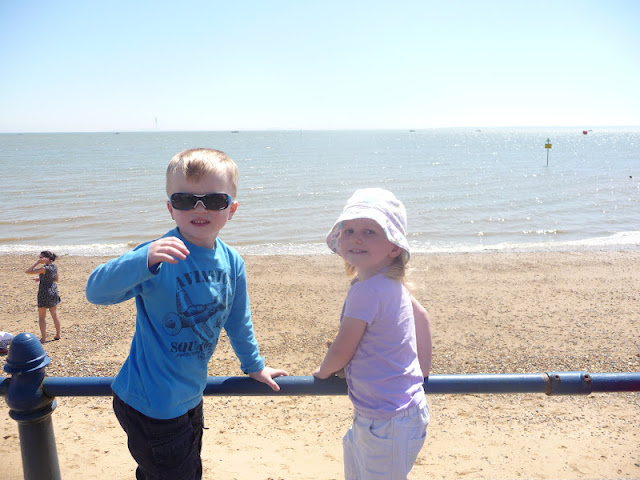 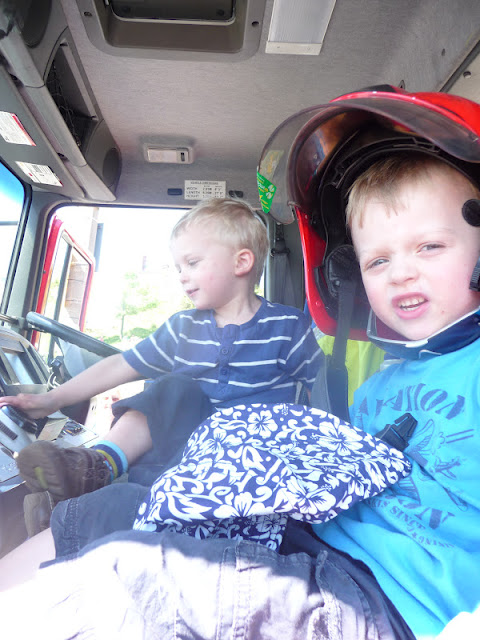 The boys went in a fire engine, Ben literally leapt into the driver's seat. 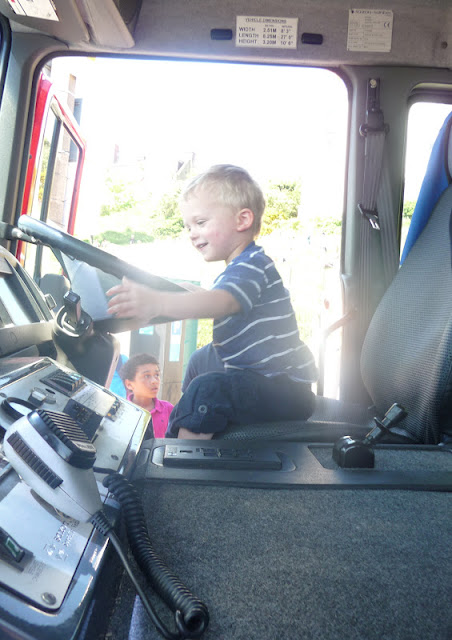 Once a red inflatable red arrow had been bought for both of them, they were happy and ready to watch some planes. 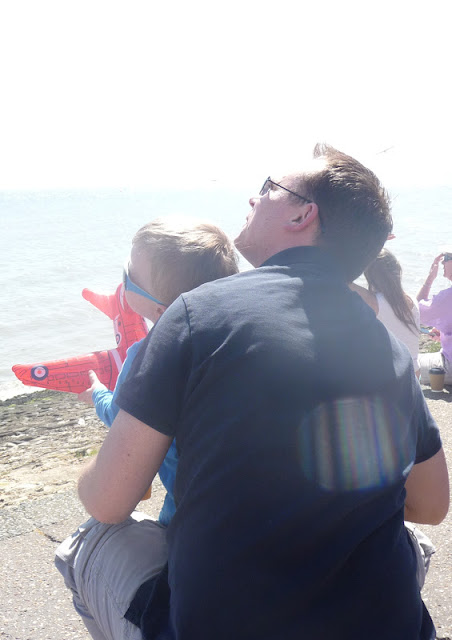 The Blades were really cool  and totally fearless. 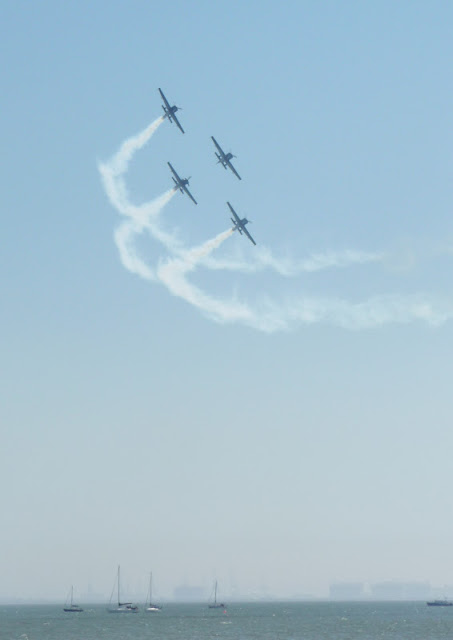 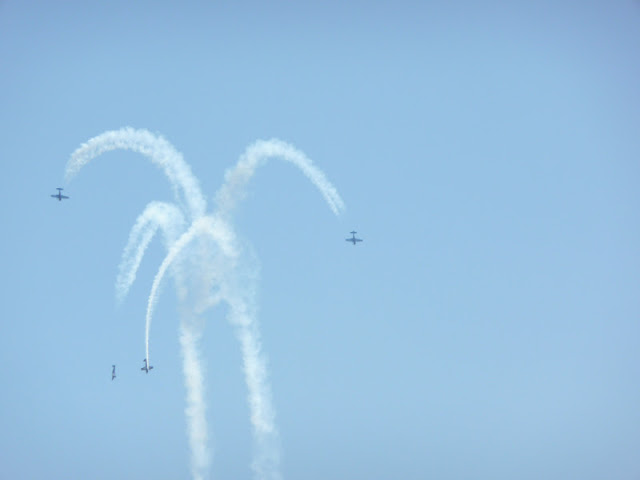 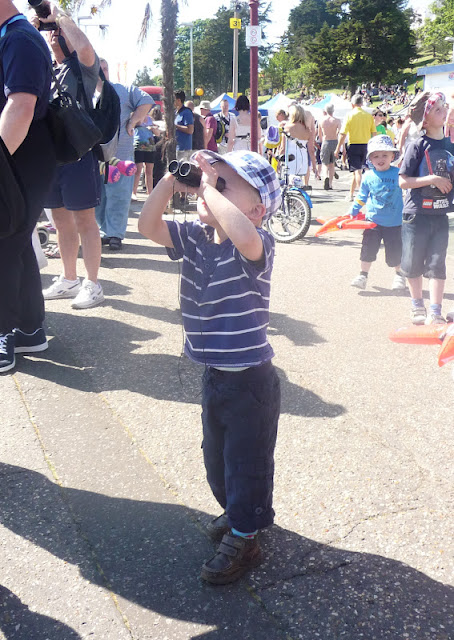 The setting of the beach was just a great back drop to the displays. Easyjet's 200th plane flew over - a completely orange plane 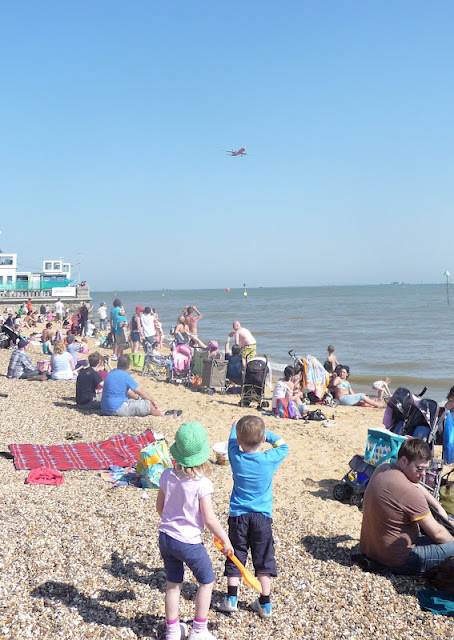 One of the highlights for me was seeing the Battle of Britain Memorial display - the Spitfire, Hurricane and Lancaster Bomber. I felt moved thinking how important these machines had been and of course the men who flew them during the war - a truly awesome sight and sound. 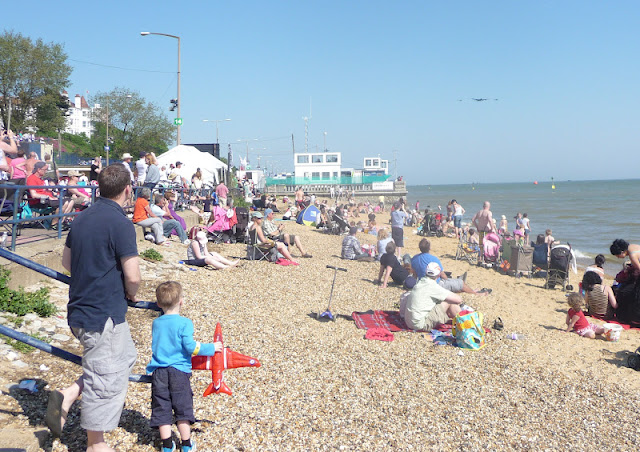 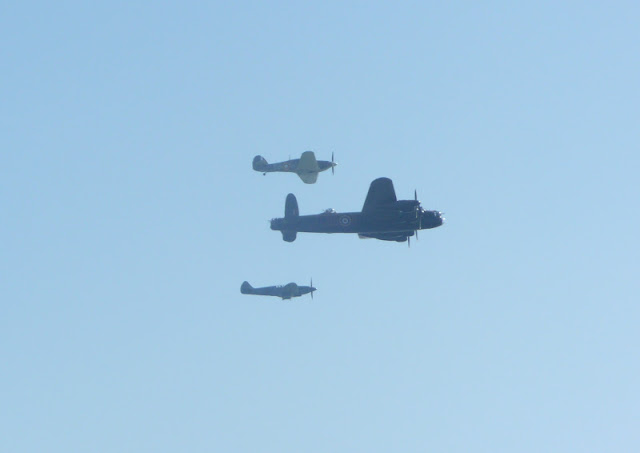 Joseph and Gracie had an important mission to bury the inflatable red arrow. The same red arrow was later lost when it blew out of mummy's bag, whilst we were eating ice cream. Fortunately Joseph has a kind little brother who let him borrow his. 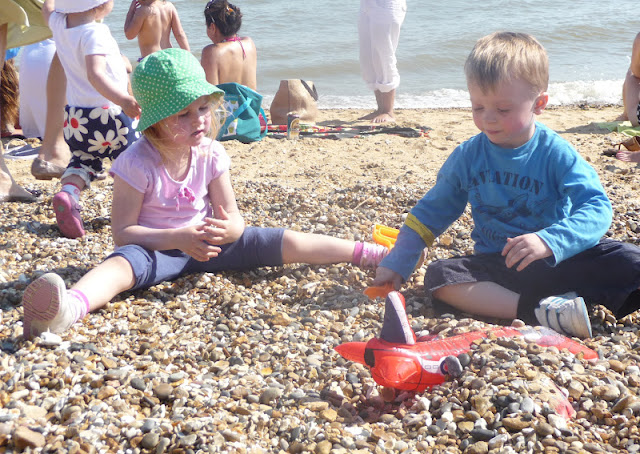 On Sunday we went along to the Romford Stake Conference. It was a really good session I felt prompted about obedience and regular temple worship along with really praying for inspiration about how to share the gospel more and take up the challenge of invitation during the month of  June. The slow traffic on the way back to the Bleakley's gave Nathan and I a good chance to talk about these things and we are going to try and make it possible to have one of us participate in temple service once a month. A challenge for sure but reach for the moon and you'll hit the stars, so they say.

(Just on a side note -Joseph managed to work his way two rows back to a boy called Ben who had Star Wars lego, oh and at one point Ben was pretending that the straw from his drink was a gun and was aiming shots at the stand - let's hope people thought we were investigators :)) 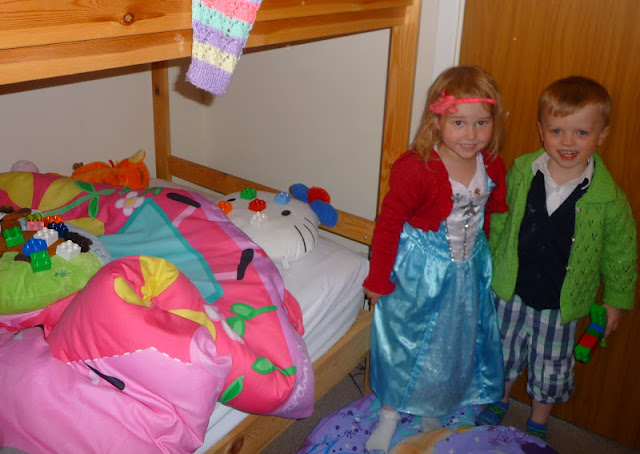 In the afternoon, Joseph and Gracie played really nice together and pretending to be a Princess and a King (in his royal green robe) put on a birthday party. The room was decorated with blankets and the cushions were cakes decorated with duplo sweets  - love their imagination. Ben and Evie also played nicely together it's like they sorted themselves out into age groups naturally.
A lovely weekend - hope to repeat again.
Posted by Aimingforswanlike at 12:38