Breakfast part one in bed

Joseph was so excited to give him his card he tried to give it to him whilst he was in the bathroom getting washed :) 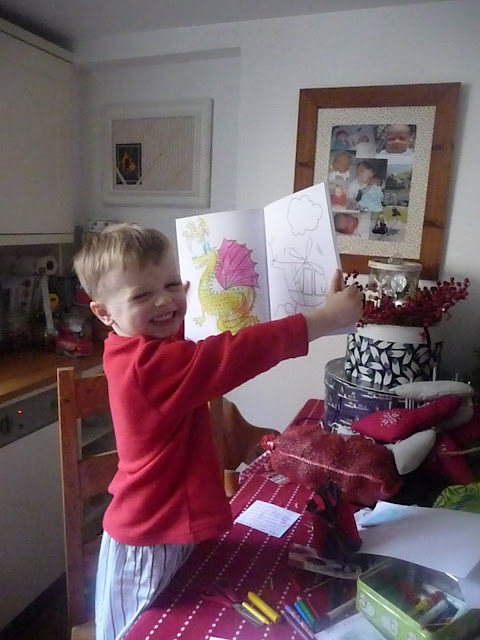 Joseph and I had a lovely time, the afternoon prior, colouring the dragon on Nathan's card. Up until recently, Joseph hasn't really shown a liking for colouring or drawing but when we did the dragon he coloured really carefully. Sat on my knee, he'd do some and then direct me where I should colour. He offered me great praise for my efforts 'That's fantastic!' 'That's just perfect mummy.' He went to find his dragon to inform us which colour the wings should be - red!

After brunch we had some shopping to do, to get ready for Aunty Caroline's upcoming wedding. Necklace ordered in Morley and black shoes bought for the boys in a busy White Rose centre. We took the boys round in the Little Tyke's Car trolleys you can hire, to make the experience more bearable for our shopping-phobic boys. Ben made all the usual high pitched  breaking and skid noises as we meandered around the hustle and bustle!

Jobs done and a quick stop off at Macdonalds later, we headed for Stockeld Park with it's Christmas Adventure. We'd been planning to go since November. Ideally we'd hoped to go before Christmas and take the boys to see Father Christmas, then we planned to go between Christmas and New year but opted for two chill days, then new year's eve were changed due to lack of time. So in the end we finally got there one day before it closed for another year. We were not disappointed.

The walk around the Enchanted Forest was really great. Along the walk were deer, 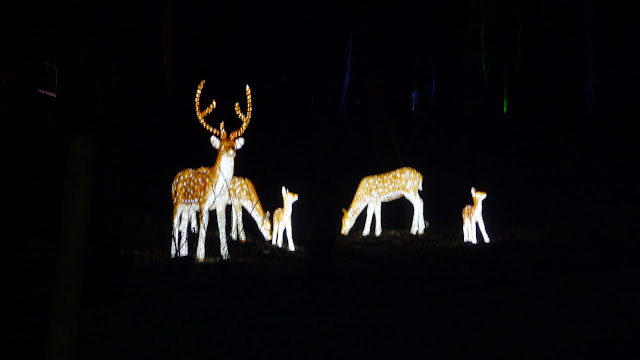 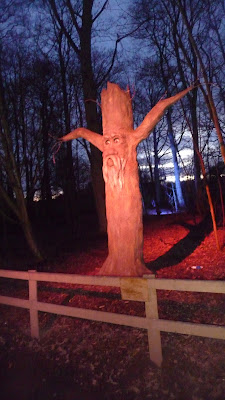 Rapunzel in her tower; 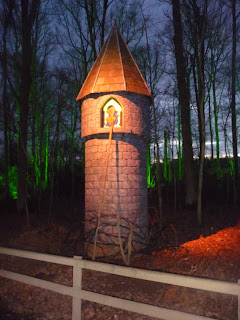 The boys imaginations were captured
by the forest coming alive as we walked through it. 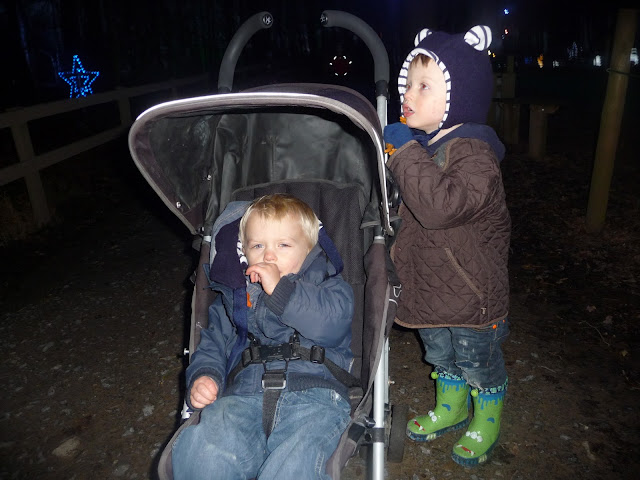 Ben is still not happy with his hat, Daddy was more than happy to use it to keep his ears warm :) 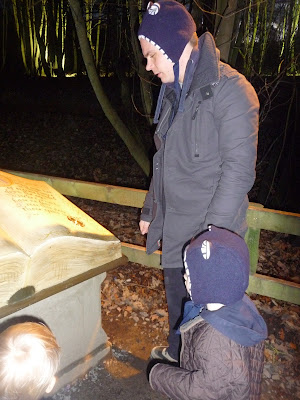 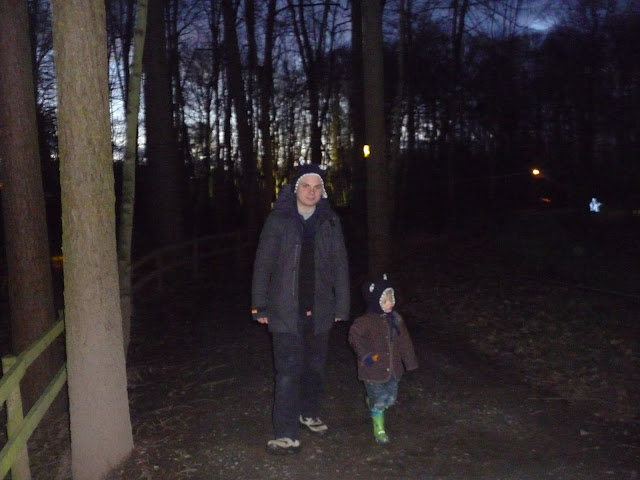 We had to play the chimes to make the fairies wake up and dance. 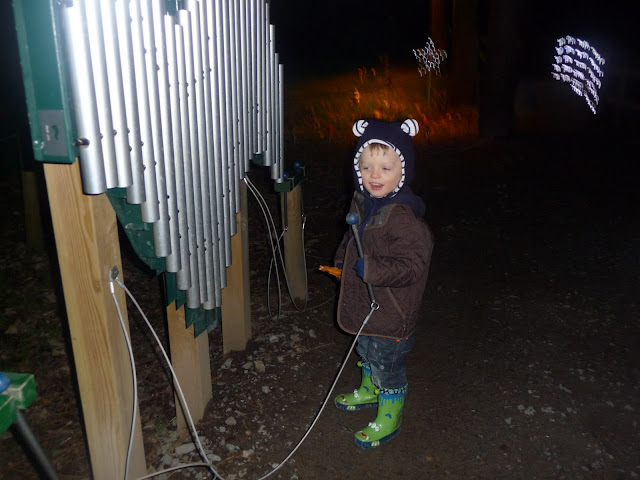 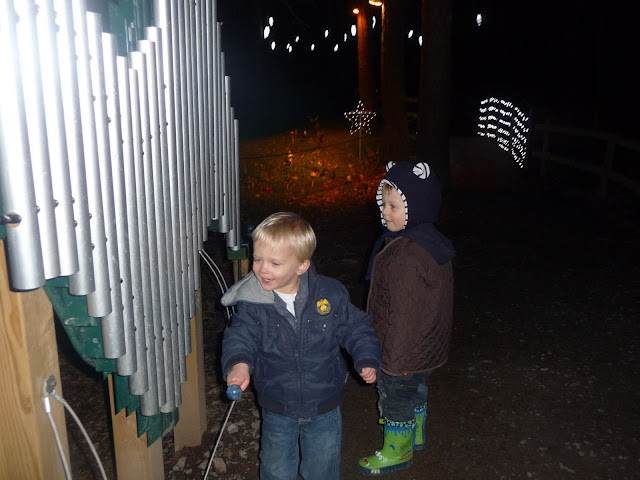 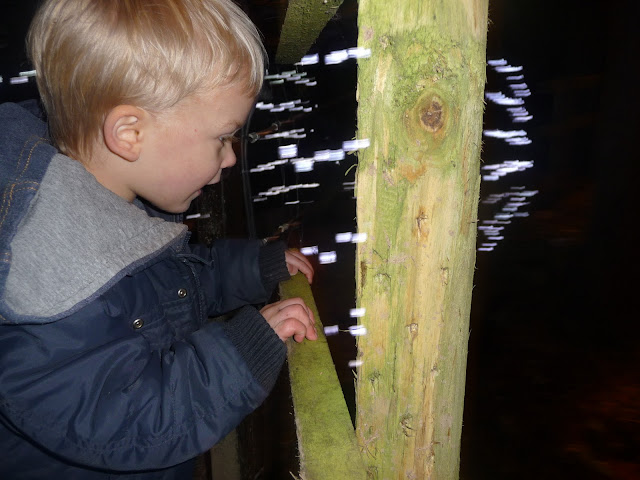 Along the route there were also unicorns, owls, swans, wolves along with an ogre, a Wizard with his spell book; Cinderella's carriage; another bridge with a troll underneath; giant toadstool houses and an Enchanted lake. 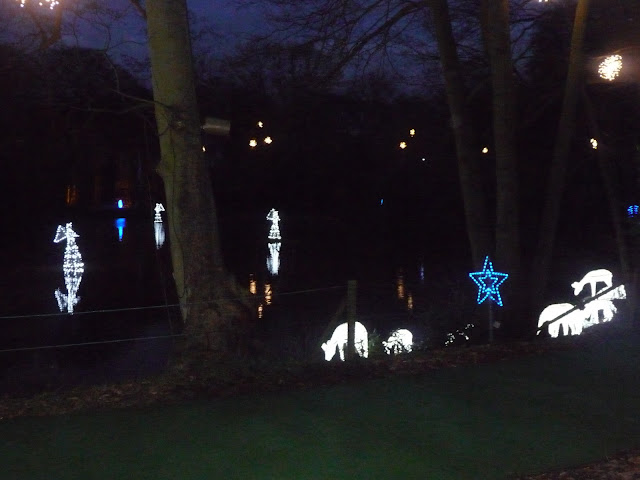 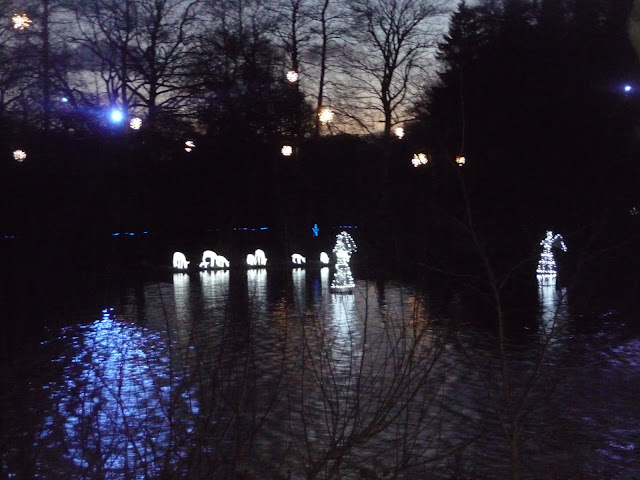 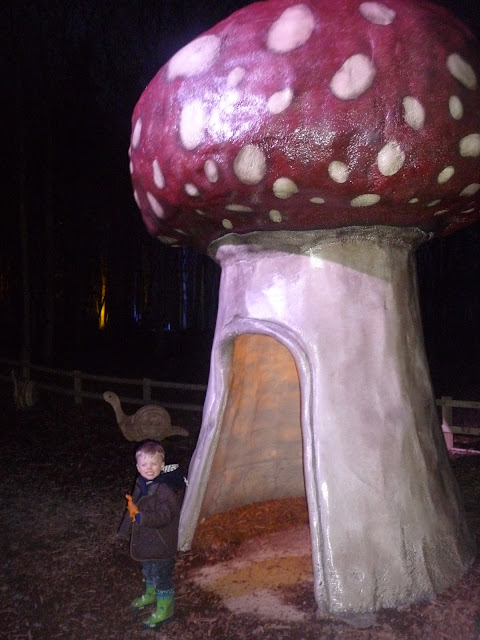 A few trees had doors where you rang the bell to find out who         lived inside. 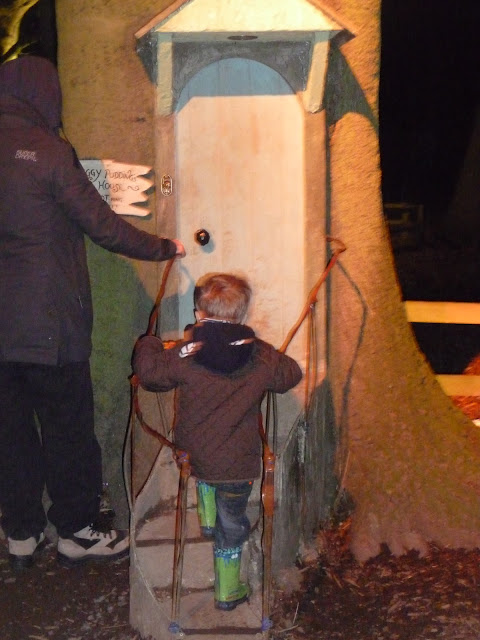 Figgy Pudding was not very pleased about being disturbed :/ 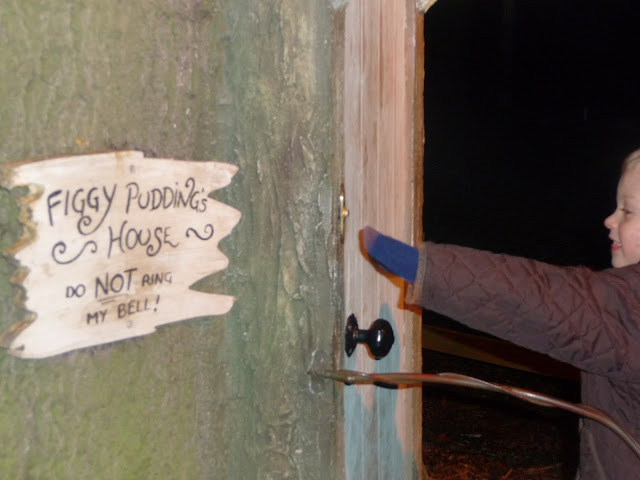 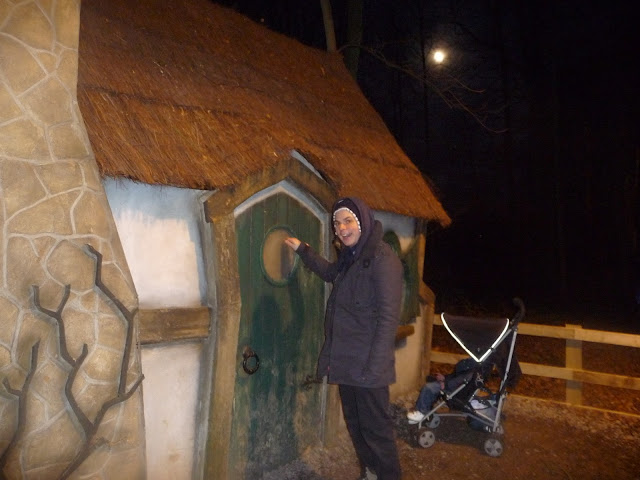 Joseph and Daddy being statues 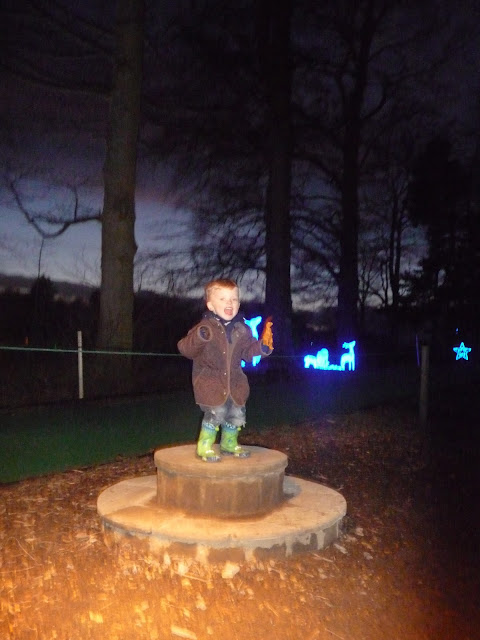 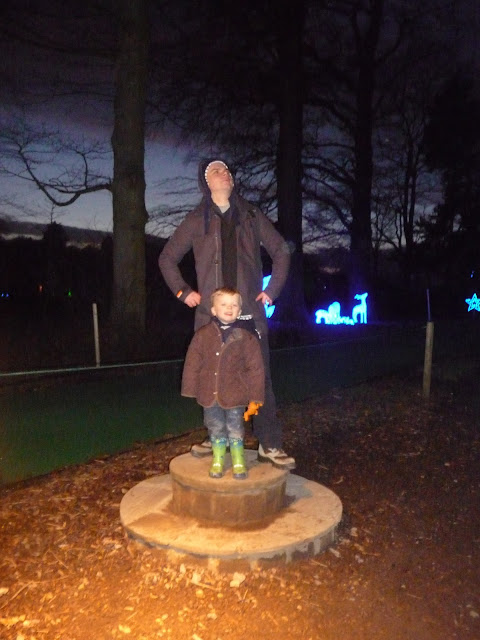 It was really, really well done and magical for the children. I'm glad we finally made and hopefully we'll get there sometime in December this year.

In the evening Nathan went to conduct the baptism service for Denise Osbourne (unfortunately I had a migraine coming). He came back really uplifted by the strong spirit he'd felt. Elder Pezensky performed the baptism with Steve Lawrence also there to offer him assistance in the water. Dee is so lovely and seems to have grasped the gospel with all her heart. She'd ordered a temple dress for her baptism and organised her own service with Nathan and Ben Adamson speaking, and a  musical item of ' You raise me up' which she really makes her feel the spirit. Her family came to support her and had driven up from the midlands to do so, even though they are not members themselves - what a great example of family unity.
Posted by Aimingforswanlike at 02:53