Monday 12th September  - Pizza Hut tea on the actual day. Ben was extremely hyper, like crazy and Nathan ended up taking him back to the car, leaving Joseph and I for some 'Mum n Son time.' Joseph loved the fact that he got 'Red' the fire engine from Cars.

Thursday - Recieved his main birthday present - a bike :) It's a balance bike, so no pedals. The idea being that you just concentrate on learning how to balance first. 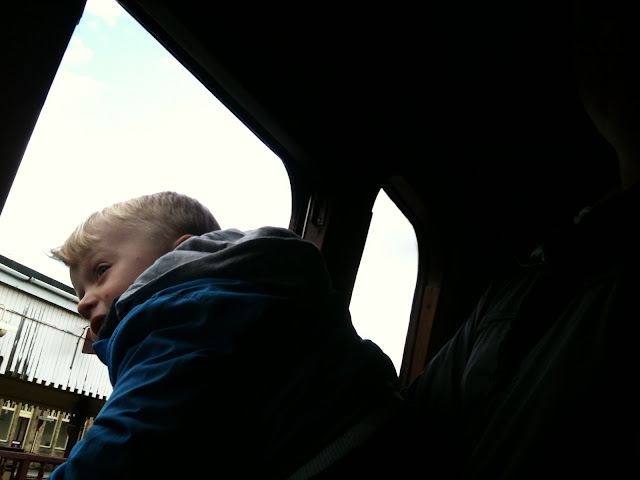 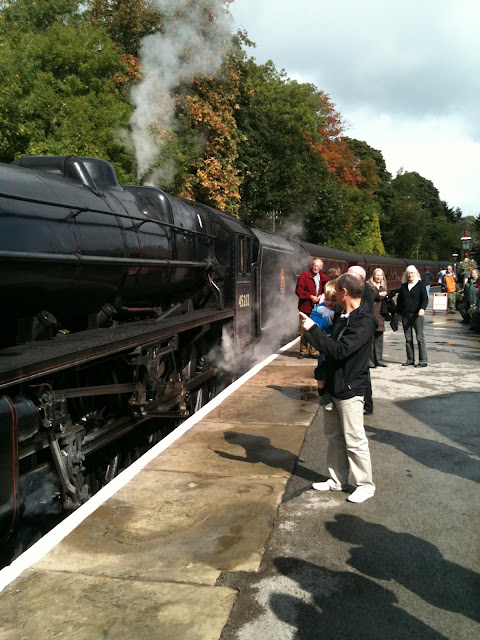 Saturday - It was cold, wet and windy. The picnic idea was benched. We went on the steam train from Keighley to Haworth. Granne, Grandad, Grandma and Grandad, Aunty Gemma, Aunty Alice, Uncle Richard and Ashley, Jack and Isabelle came along too. The wetaher had cheered up slightly until we got off at Haworth when the heavens opened and it totally threw it down for the hour and quarter we were there. It didn't dampen Joseph's spirit he was happy to run around in the rain, running up and down the bridge. back to Granne's for a indoor picnic, hot chocolate and lots of treats. I was very pleased no I'd even say proud of the birthday cake. the pinata cake was a success and you loved the fact there were sweets inside. Next time I will make sure that I use Cadbury's. 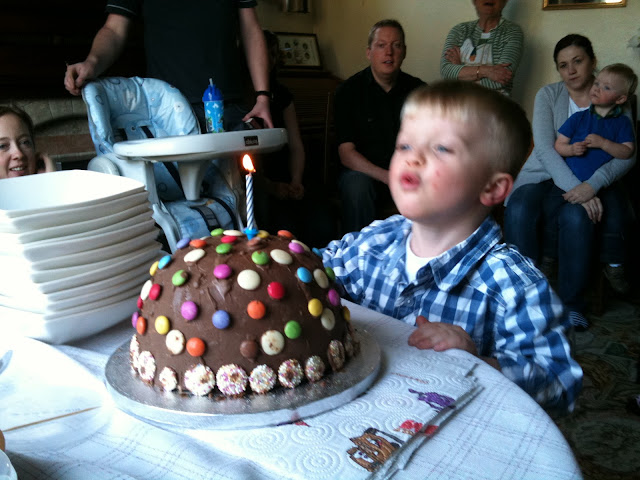 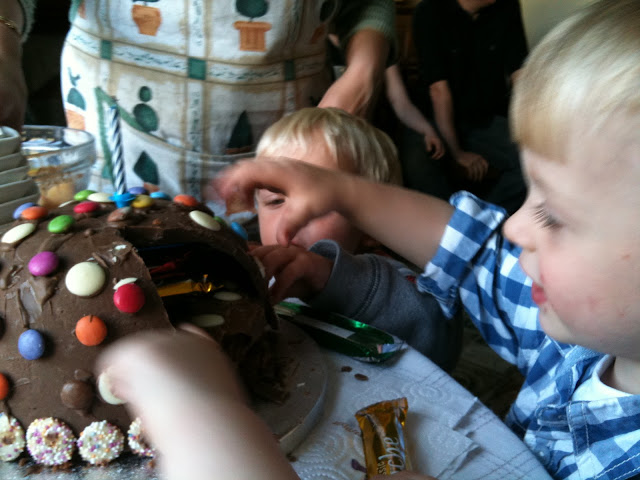 Joseph was thrilled with all his gifts. Ben by this point was totally over it being Joseph's birthday, he had received his presents over three different days and enough was enough!!! It made me laugh that if you asked Joseph what he received for his birthday, he wouldn't mention his bike, he tell you about 'Red!'
Posted by Aimingforswanlike at 15:01