Joseph has been going to football training for a year now, a team coached by Coach Liam and Coach Nathan!! The under-6's went to their very first tournament and played their very first matches against other teams back in early June. Cue rain, the fine stuff which gets you drenched!! The boys did well, won their first two, drew one and then lost their last two. It felt like a bit like a rite of passage for  a mum of boys and I wonder how many ofootball tournaments and matches we'll get to go and see over the years for each of the boys. Ben at this moment has no interest in going to football training on a saturday - 'Is Joseph going to football in the morning?' 'Yes' 'And I'm staying at Home??' 'Yes' 'Yippee, I love staying at home!' 'Do you want to go to football, because you can if you like? ' No, I hate football!' This is probably as he gets to have a lazy, choose what I want to watch type of morning 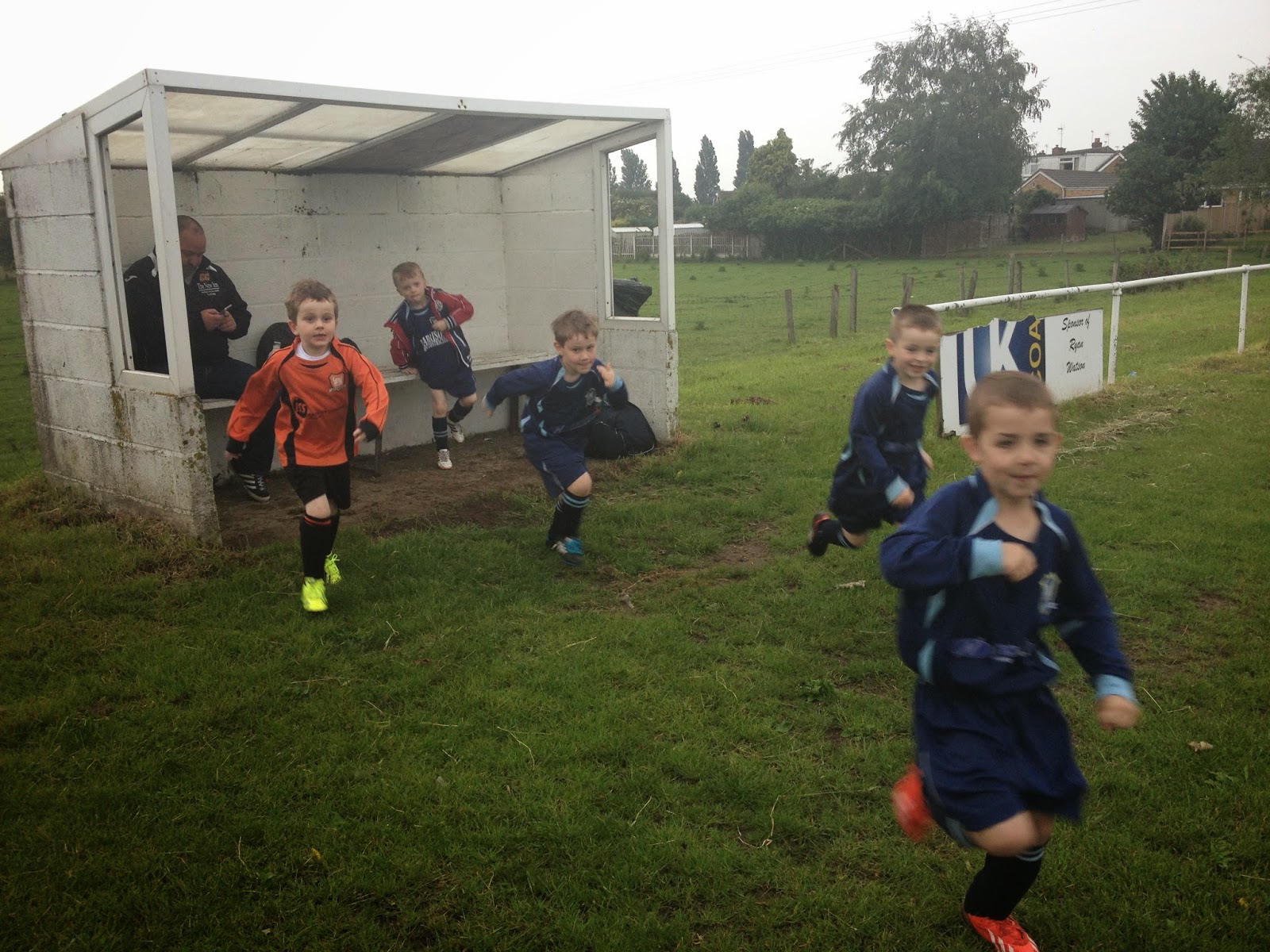 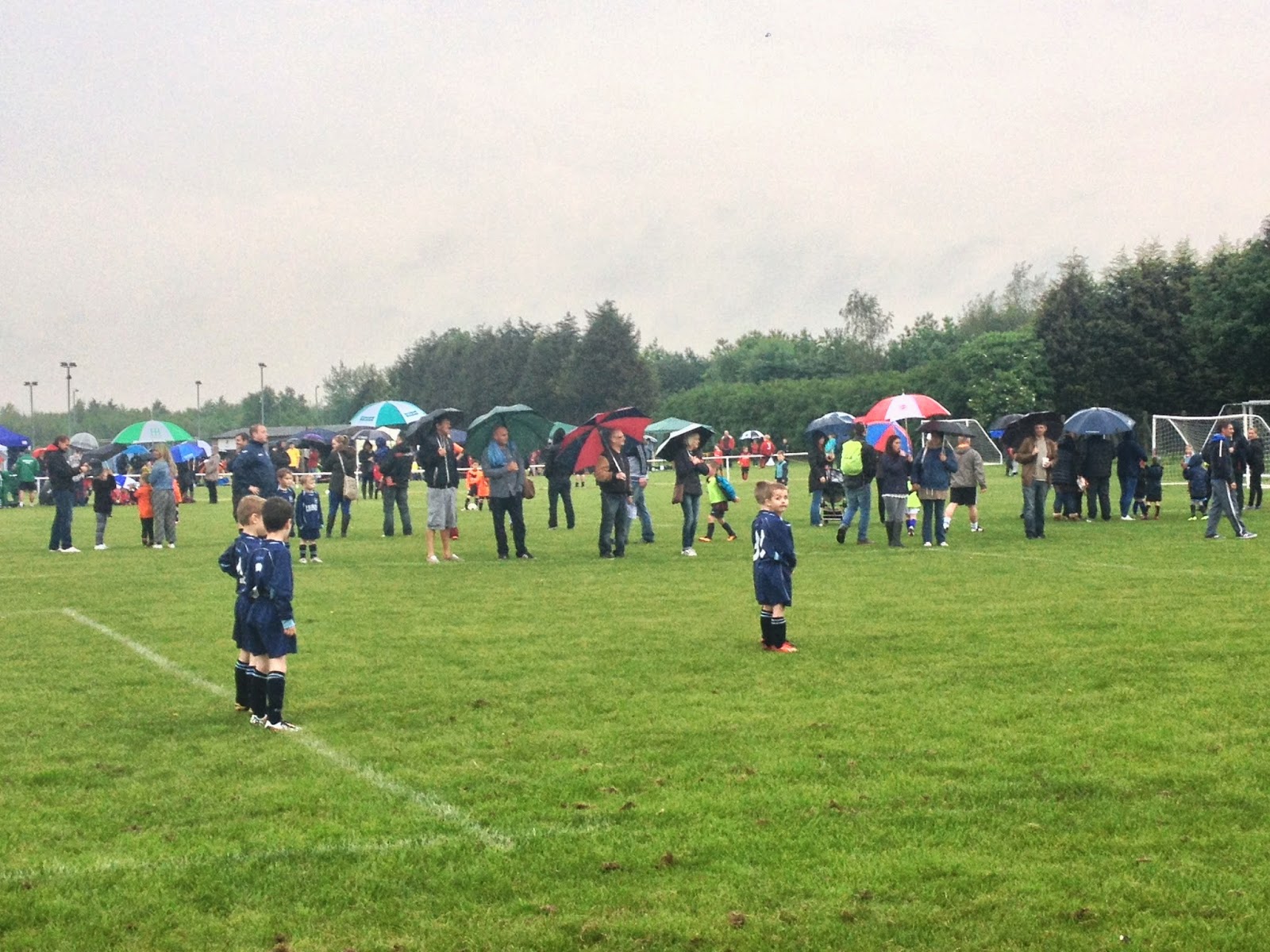 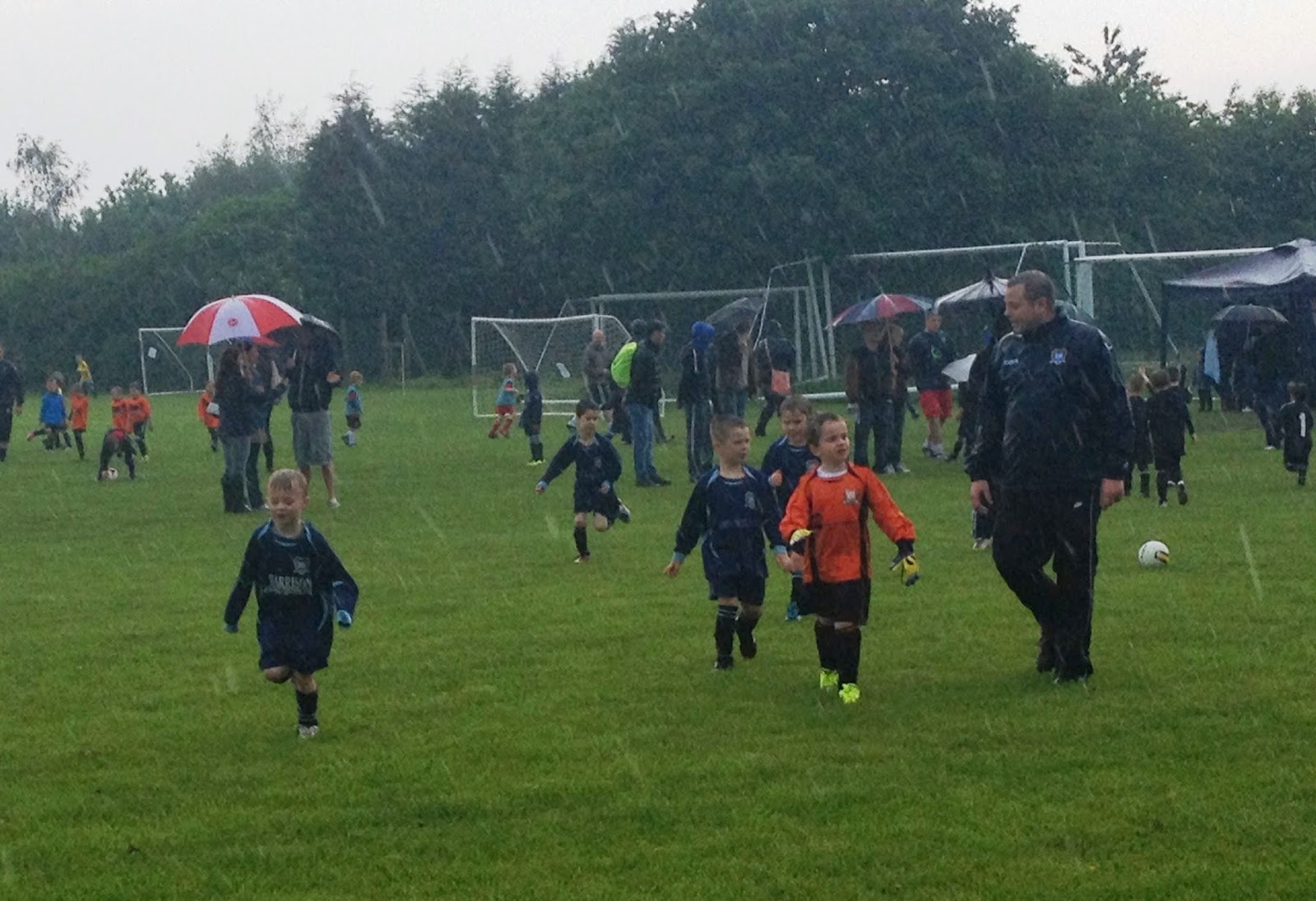 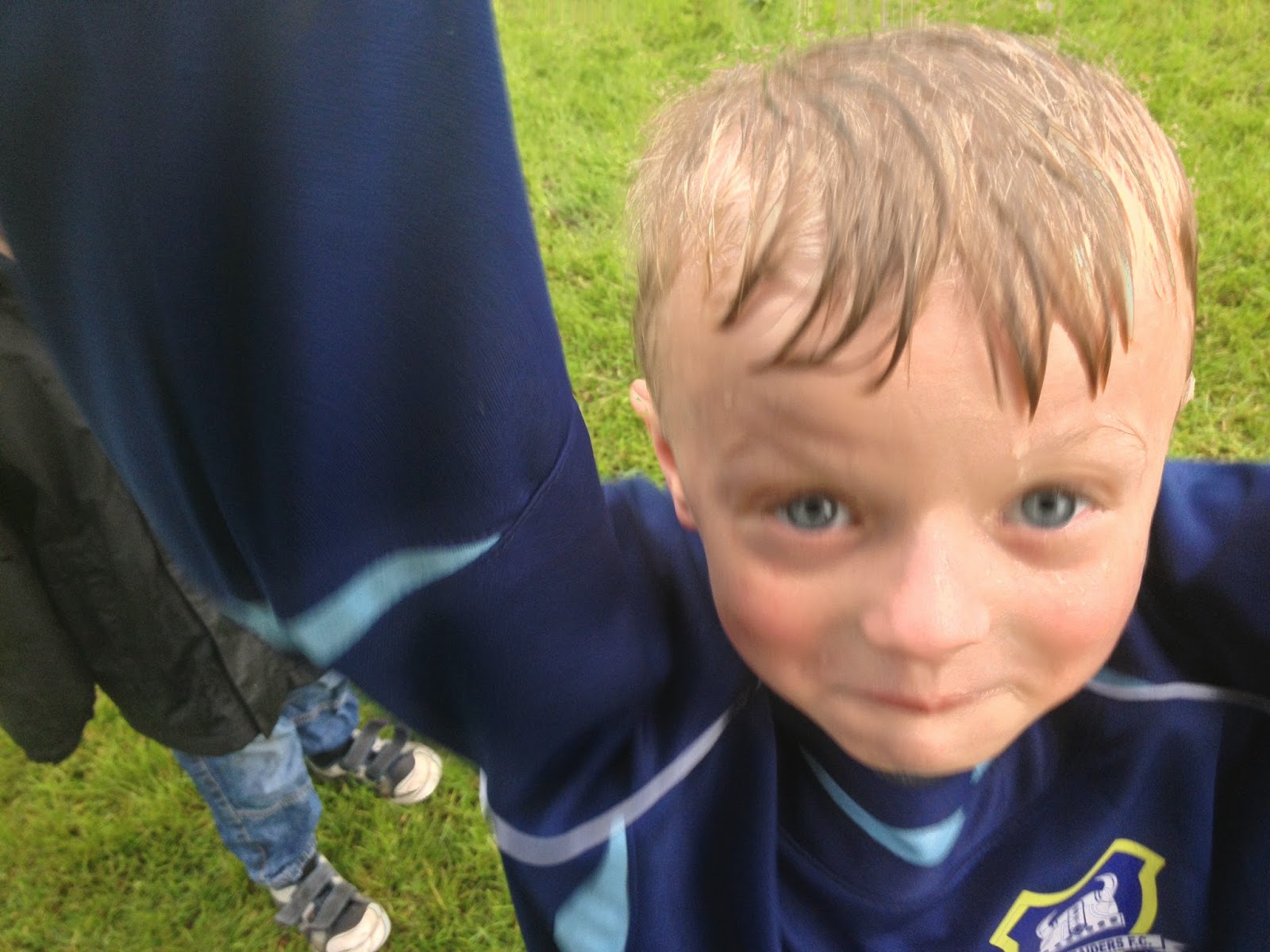 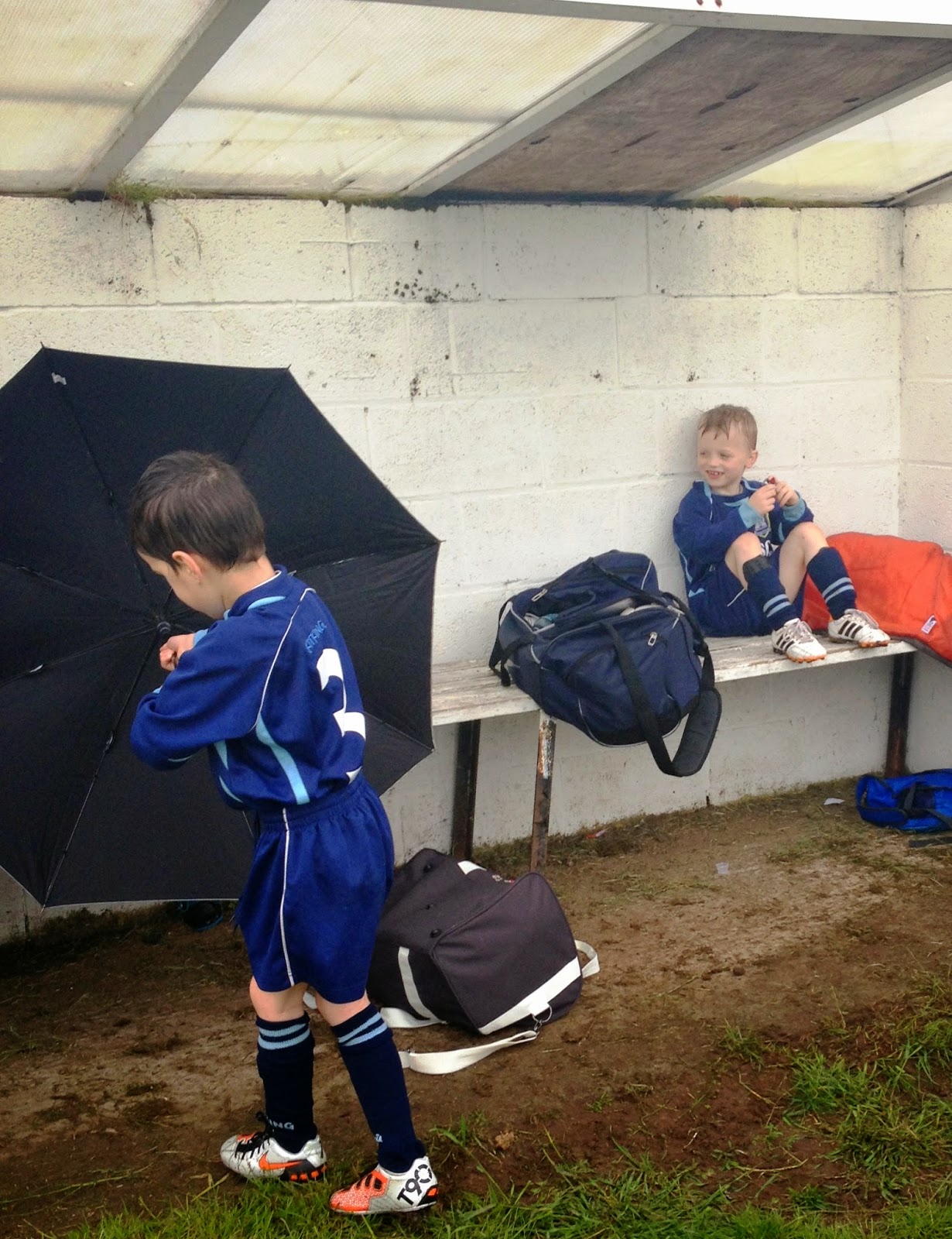 Chilling out between matches with lego figures of course! 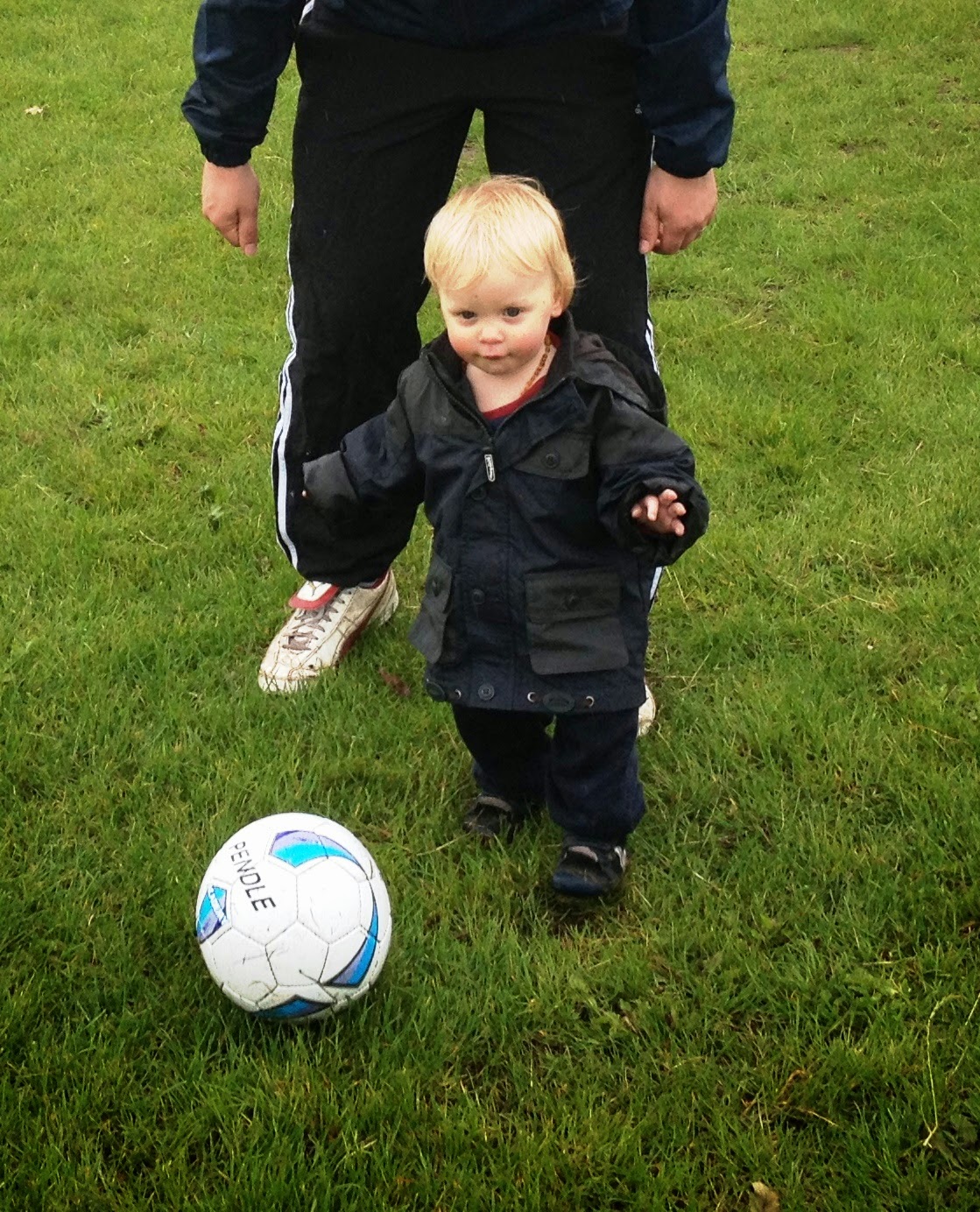 My big brother plays football so that's what I do too! 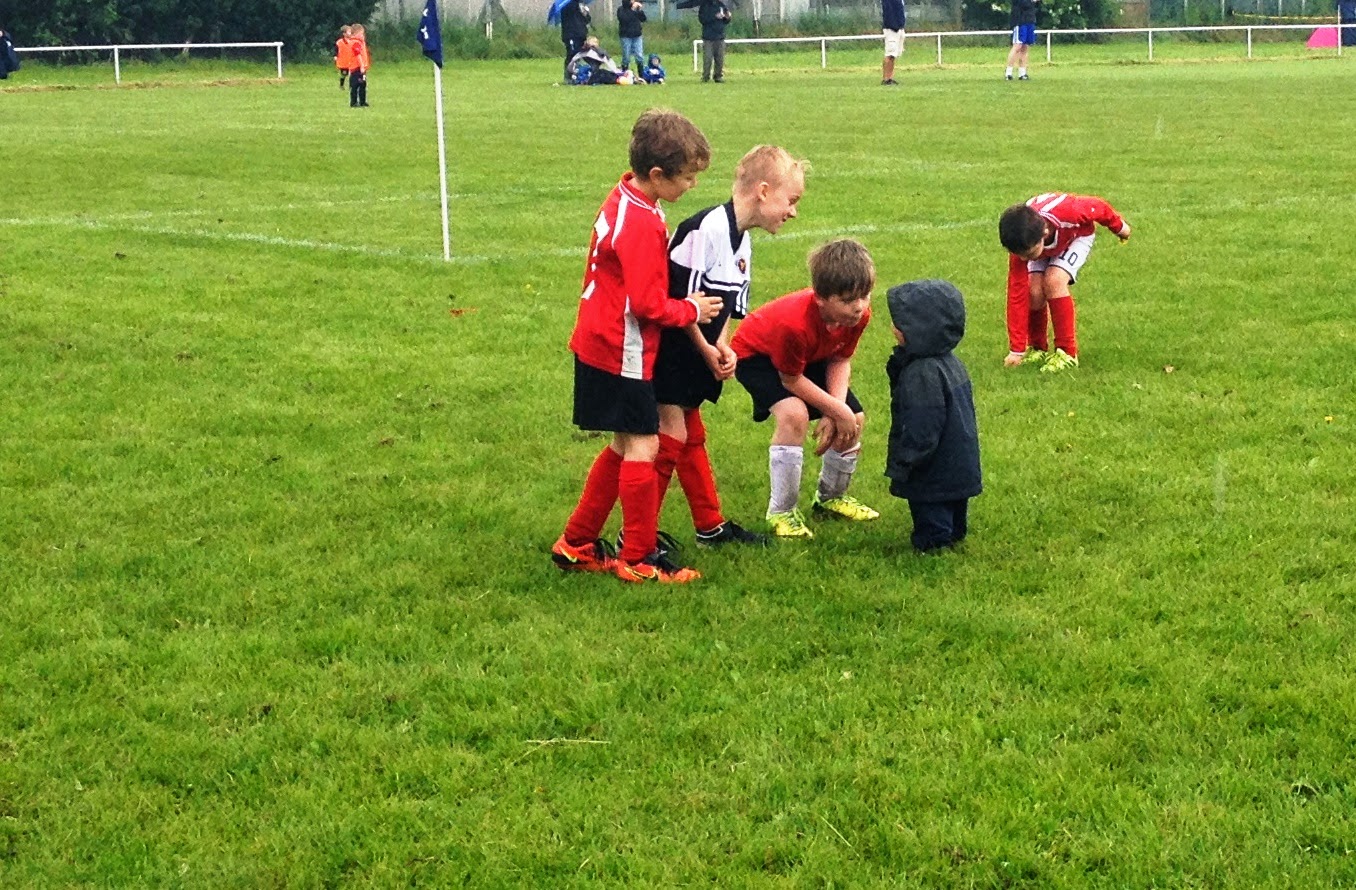 I also go and make friends with the other teams and get/take sweets from them too!
Posted by Aimingforswanlike at 12:24