This week was bliss, a mini heatwave!! One night both Seth and Ben ended up in our bed, not unusually but the additional heat made it slightly unbearable so I legged it to Ben's empty bed. At 6:00am true to form, I heard the bounding sound of Joseph leaping out of bed but then I got to witness him immediately fall to his knees and say his morning prayer. Seriously one of those jewels of a moment. He was surprised when I spoke as obviously I wouldn't normally be there. I told him how lovely it was for me to see him pray without being told to. he told me he prayers for the poor to have nice food and nice water because he doesn't just care about his family. 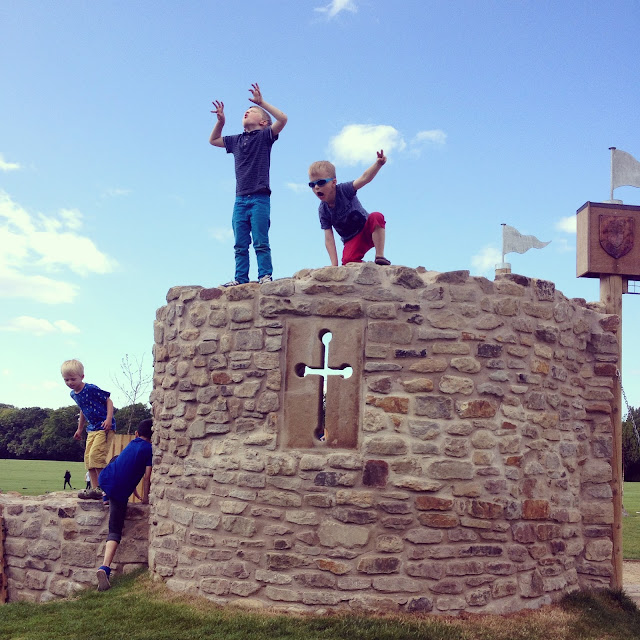 On Saturday we went with Dad as he went to the temple with the youth. We met up with the boy cousins, Granne and Grandad and went and had some fun in Astley Park. 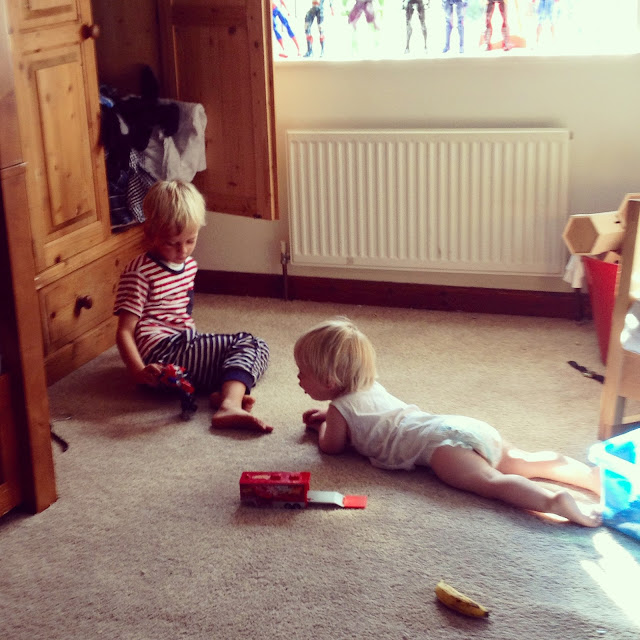 This picture depicts how much the boys feel the morning rush!!  Er, like not at all and quite frankly it does my nut in!! But I do love to see them play together.
Posted by Aimingforswanlike at 13:54