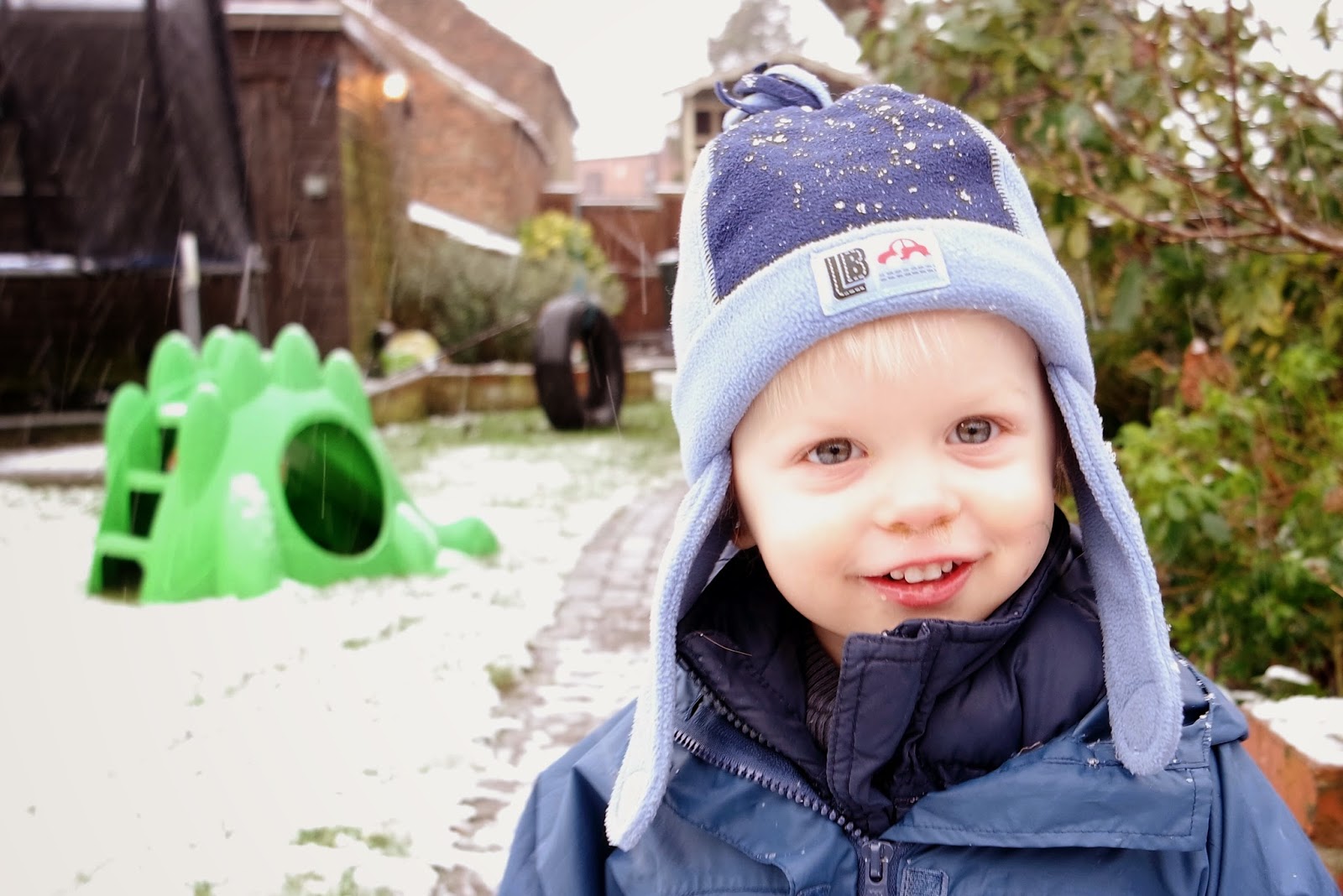 We enjoyed a dusting of snow on Tuesday. The boys were really excited and Seth was keen to get out in the garden and explore. He is such a character and new words are coming all the time. He has his first impression mastered - Lord Voldemort!!! ' Harry.......Harry' [in a hushed whisper]. He loves riding his new bike to and from school. He has both hands on the handle bars and a determined look in his eye (I'm sure) and makes appropriate racing noises. The boy is obsessed with cars. I have to collect the ones from the floor...oh and the ones from the windowsill behind the closed curtains and put them in his cot before naptime, one side for him and one side for the cars, the monster truck at the bottom of the bed like a giant teddy! Then when he awakes, normally he immediately says 'car!' and I need to take them all out when he gets up, the same again at bedtime. He is a boy of routine. 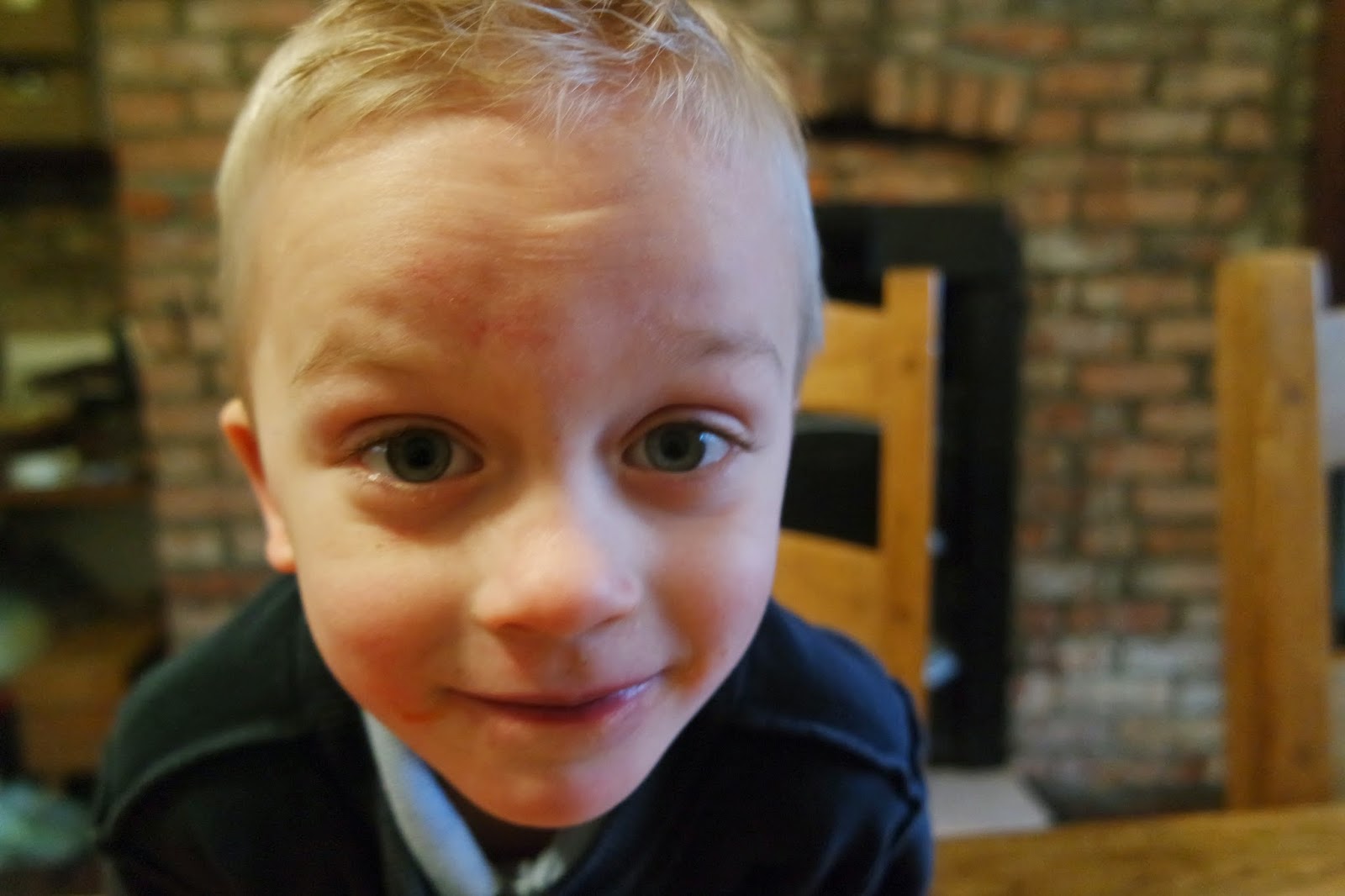 Ben bumped his head with a dramatic fall on the way home from school. He is quite prone to a dramatic tumble ever now and then. He was really excited for Nathan and I as we were going on a date this weekend. 'you're going on a DATE!' especially as the cavalry came to baby sit. Tonight he wanted all the details about what we ate on our DATE. When I said I'd had Christmas pudding he said 'but what was it's name?' 'Christmas pudding' ' yes but what was it's name?' 'Christmas pudding!'etc. He was a bit upset at swimming this week. he doesn't seem to like putting his ears in the water which makes it awkward when it comes to back crawl. I wonder if it has something to do with the glue ear he used to have. Musa the sheep came to watch him and he still cried/fake wailed! In Musa's diary he wrote - Musa watched me swim. This is the first sentence he has written without help - big smile. 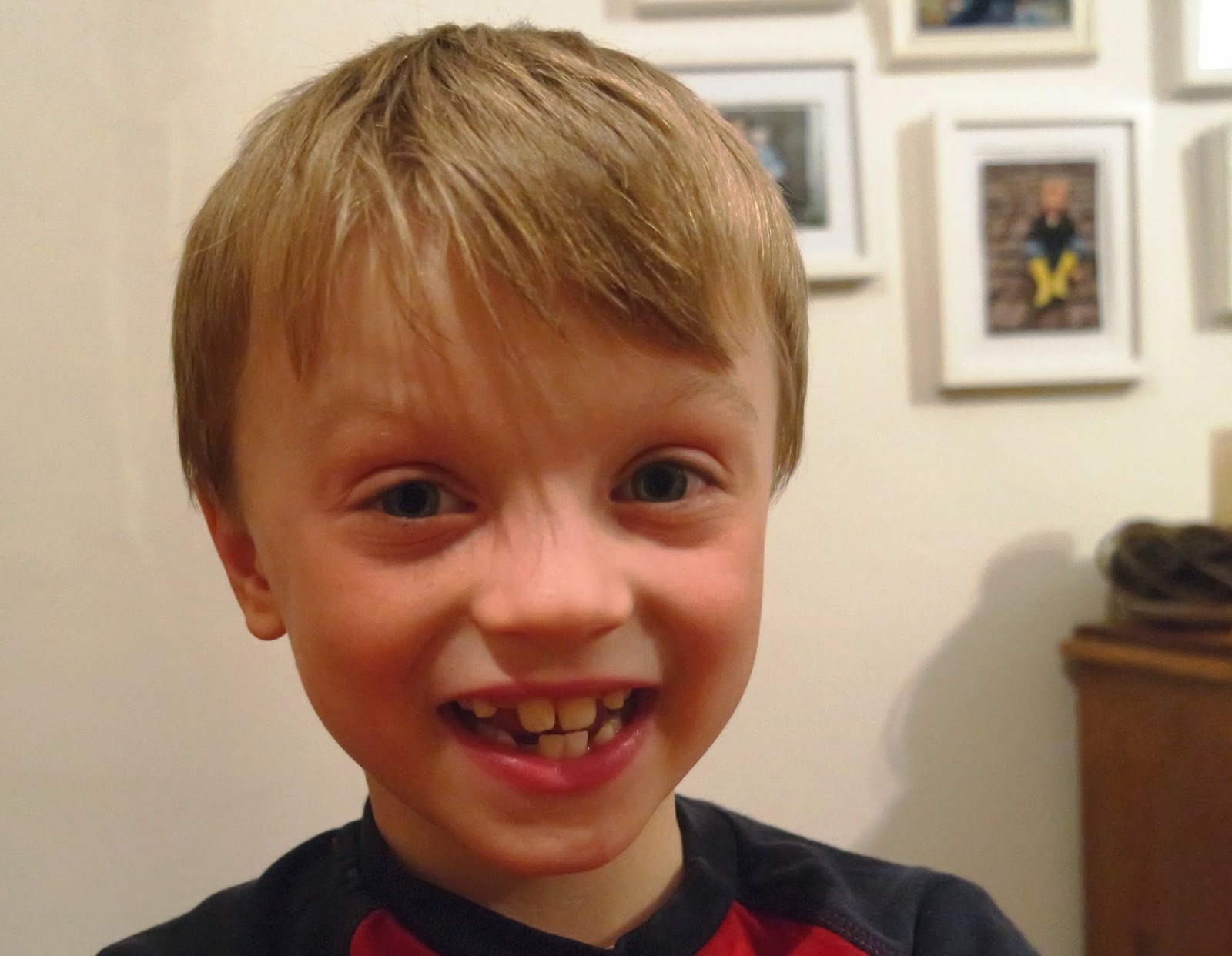 I love this boy. I love to see him smile. He's struggling a bit at times with a rollercoaster of emotions. Perfectly happy one minute, distraught the next, perfectly fine one minute, the next; stamping his feet, clenching his fists, gritting his teeth mad. I am not always dealing with it well and he told me I was mean - ouch. I know I need to set a good example of how to deal with these emotions. I am trying to validate his feelings and give him the language to explain rather than him having to lash out in other ways. This Saturday we were supposed to go an a mini date - haircut and then hot choc in a cafe. When we got to town I realised I had forgot my wallet!!! So instead we went and got his glasses replaced for the gazillienth time and scouged 53p from bags and the car and went to Sainsburys to buy sweets!! He was really good about it, no upset which was nice. He even happily shared his sweets with his brothers and on Sunday saw someone upset because their cousin wouldn't share some sweets with them and so Joseph just went up and offered his. I love my boy.
Posted by Aimingforswanlike at 13:43

Email ThisBlogThis!Share to TwitterShare to FacebookShare to Pinterest
Labels: 52 project, Ben, Mission, Seth, why I blog