This is a photo taken as I'm spying on Joseph. Our neighbour had put a toy boat into his wheelie bin as it was broken. Joseph wanted the boat regardless of it being broken or being put in a bin (gross I know). This is him attempting to retrieve said boat. Minutes later boat was retrieved. I'd stopped watching but the evidence left would lead to suggest that he eventually used the pushchair laid on it and reeeeeeeached as far as he could to pull it out, fortunately he didn't fall in. 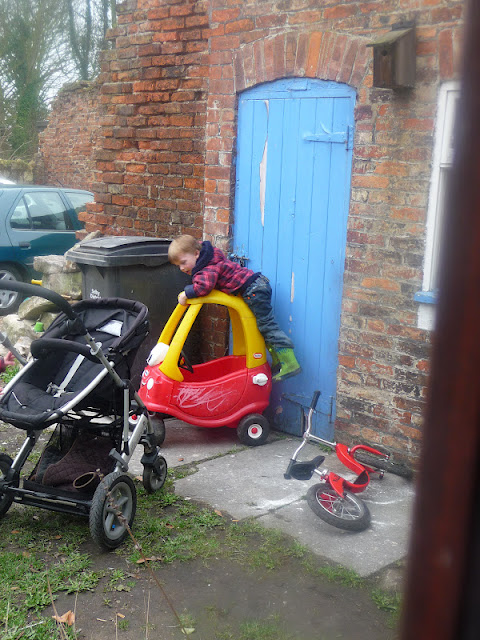 Email ThisBlogThis!Share to TwitterShare to FacebookShare to Pinterest
Labels: Joseph