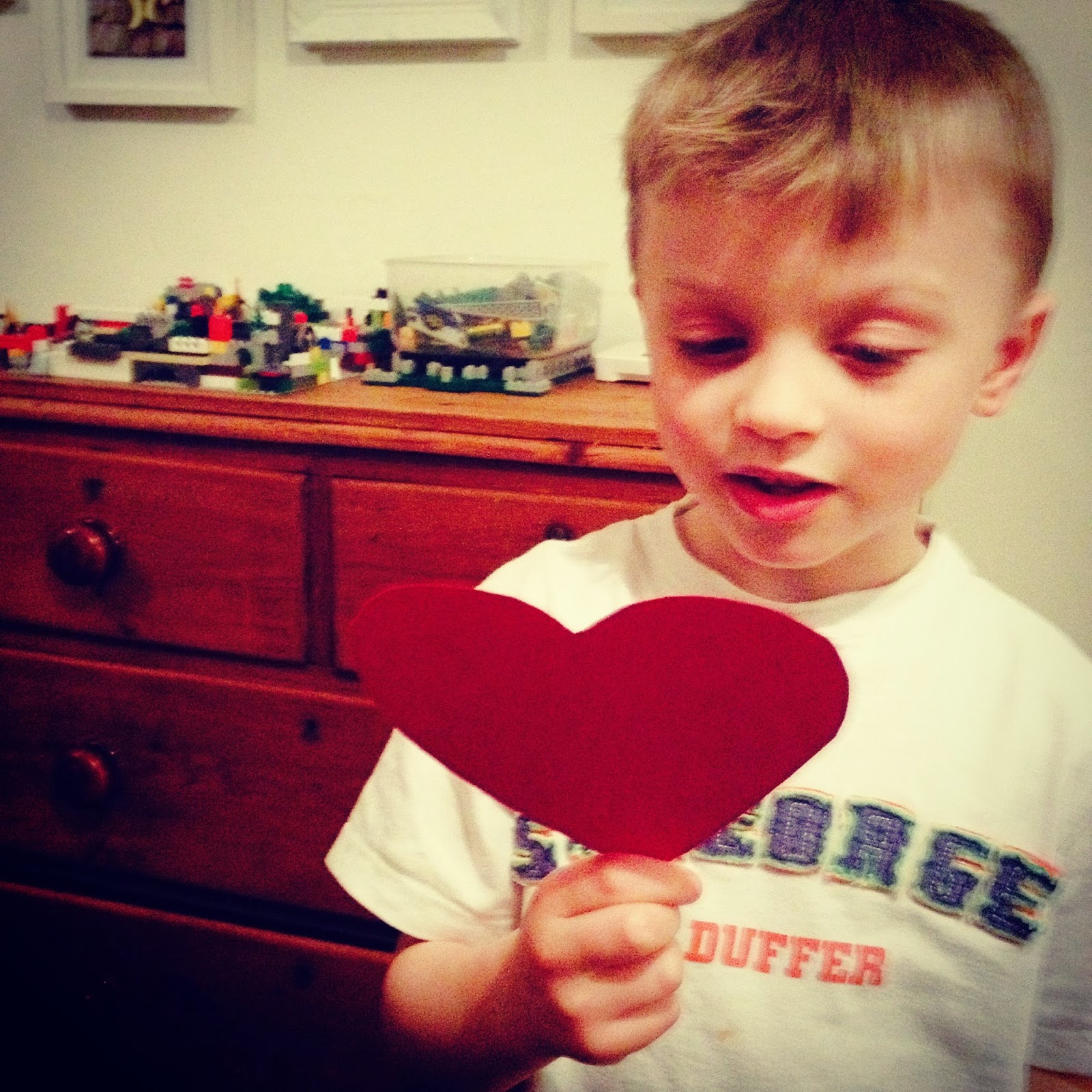 This year we kept some of our established valentine's traditions and made some new ones. I had some craft time with Ben making secret valentine's cards to drop off. He enjoyed stamping letters to spell 'LOVED' and I enjoyed using some of my new paper stash. It is fun now that the boys are old enough to write their own messages. I really want to send 'snail mail' more often as I know how much it brightens my day getting something in the post. Mum stills sends me a Valentine's message each year and I love that she does. She told me she'll still be doing it when she's 80!  We started the tradition of writing one another valentine's messages which we opened and read when the boys had their heart shaped pizza and Brownie for tea. I asked Joseph how he felt when he read the messages of love that we had written on his card. He responded 'It makes me want to cry!' - he feels things like his mum! 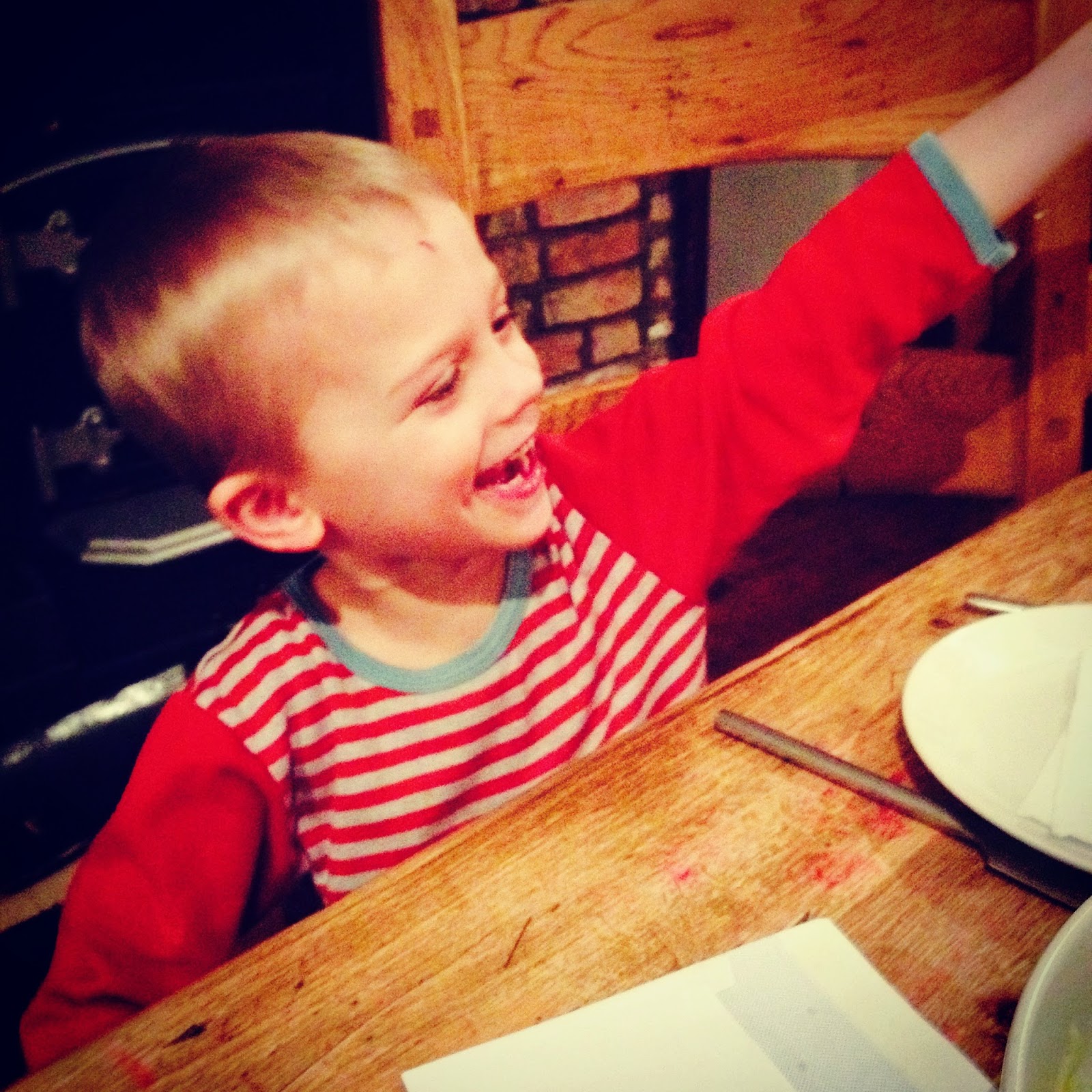 When I asked Ben the same question he replied 'It makes me want to laugh!' - he feels things like his Dad! 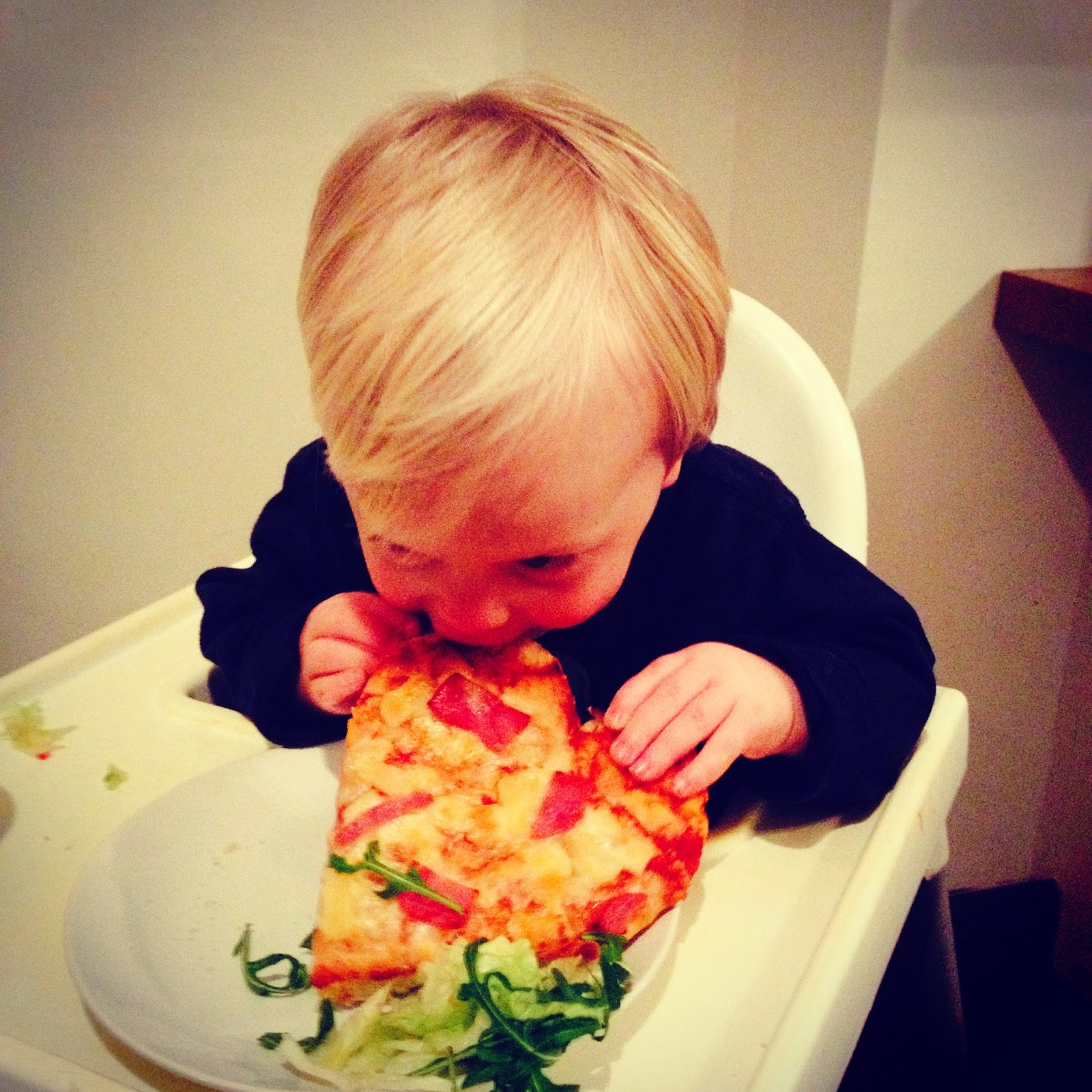 Seth was unaffected by the sweet messages but he did enjoy the heart shaped pizza and practicing his utensil skills!
He has shown a lot of interest in using utensils and demands a 'spoon' if I've not given him one rather than using his hands (which his older brothers were more than happy to do at his age!)He just ants to be able to do what they can do now. 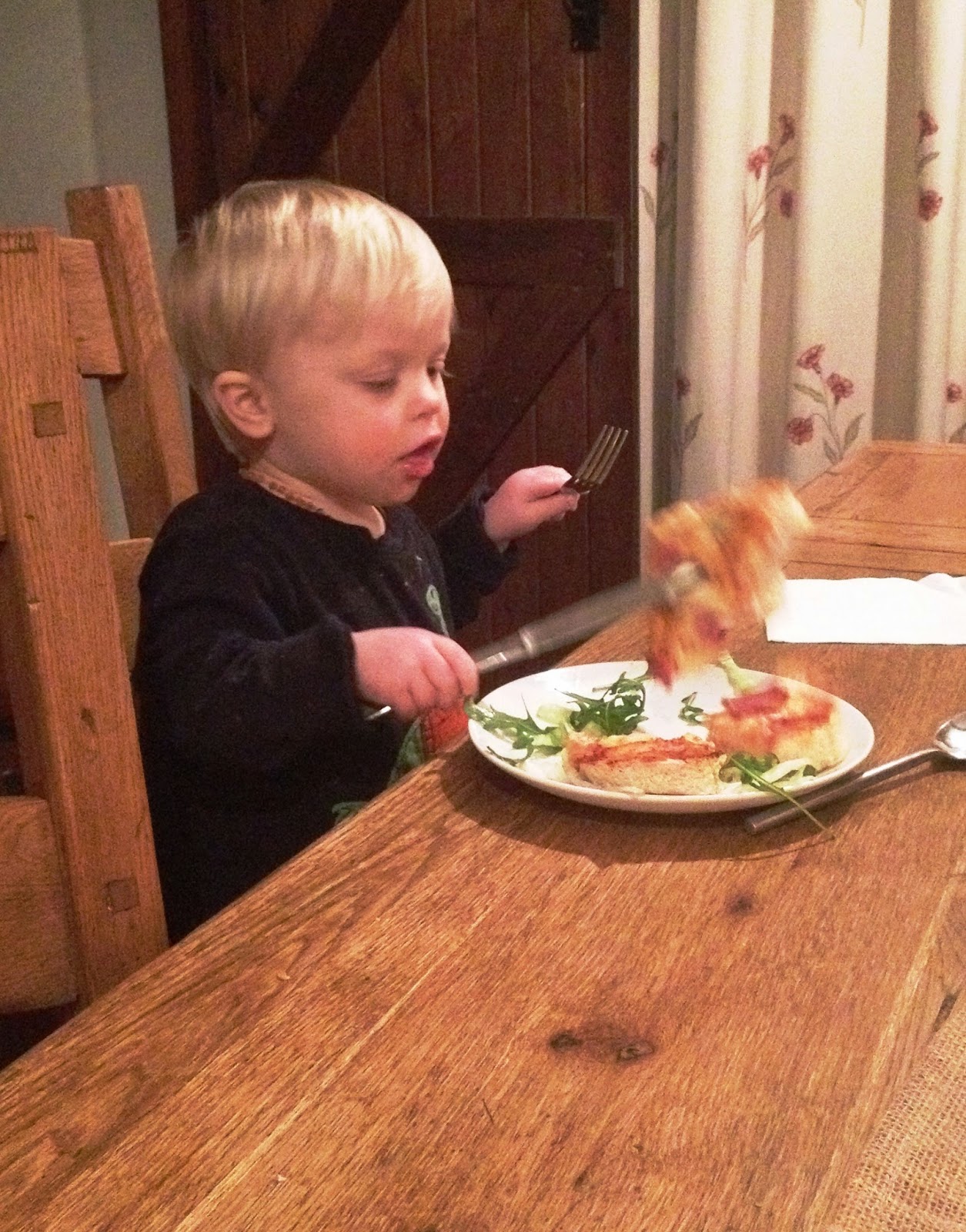 Kids tucked in bed, we dressed up and dined on Steak and salad ( I impressed myself with cooking the steak!)
and had a great night in date. 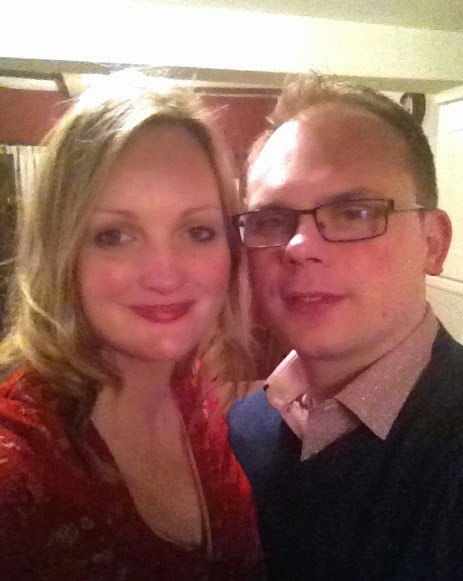 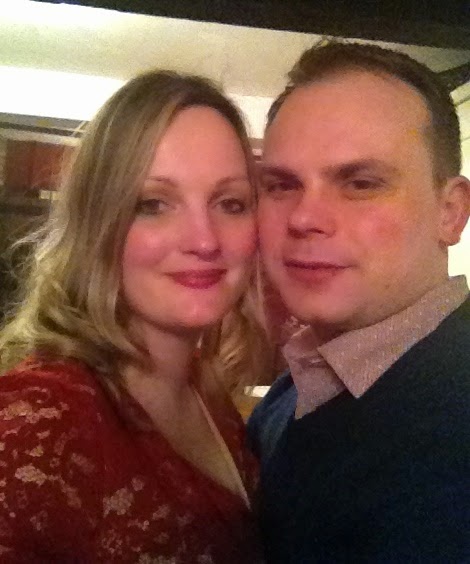 The obligatory grainy selfie!
Posted by Aimingforswanlike at 12:47

Email ThisBlogThis!Share to TwitterShare to FacebookShare to Pinterest
Labels: Family, Life, valentines, why I blog