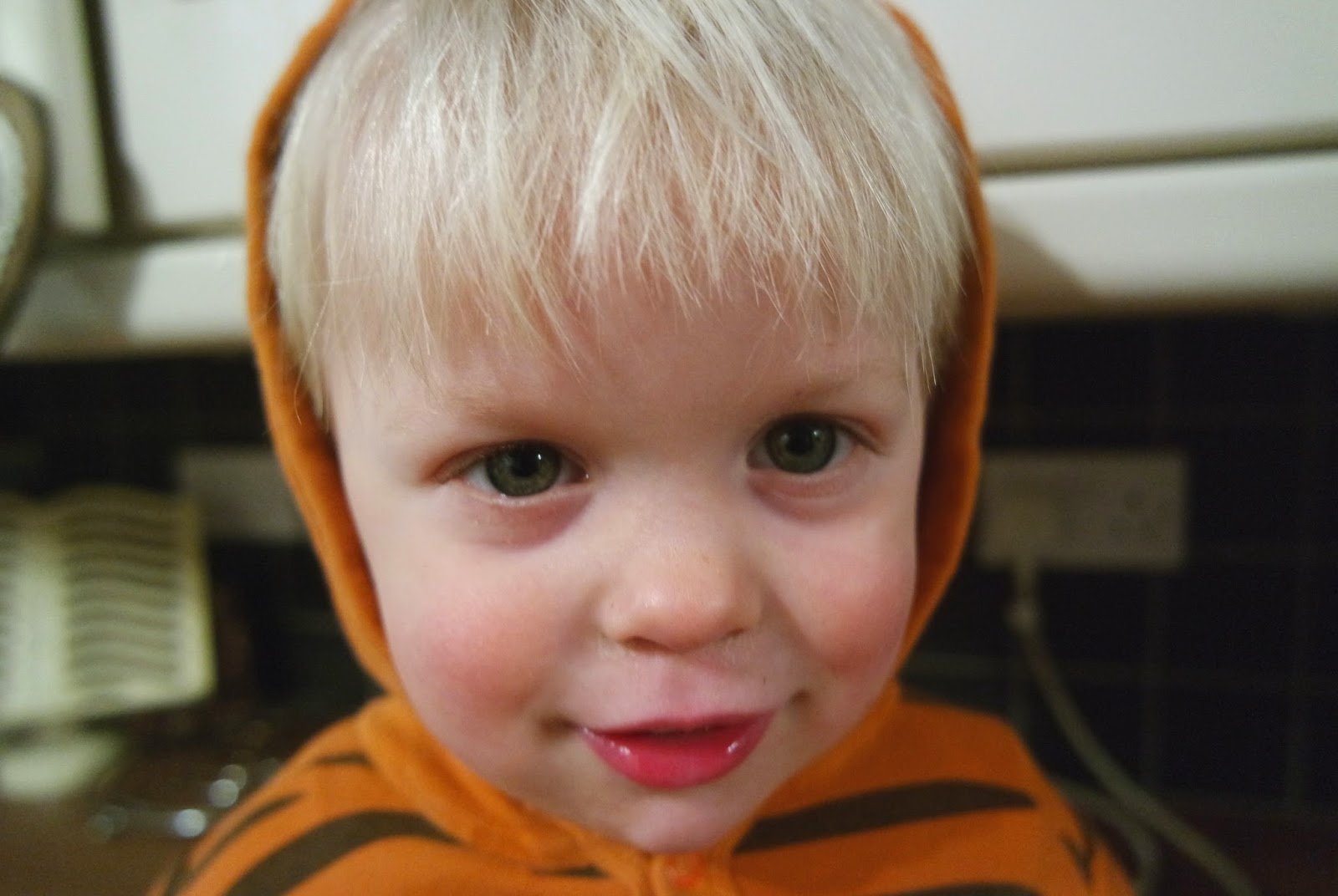 Arrgh,missed last week. I think I was just wrecked on Sunday evening and ended up asleep on the sofa after dropping Nathan off at the train station to go to London for a couple of days.
Seth's eyes look green in this photo don't they? In some lights they still look blue and others they look green. He can still just about squeeze into the Tigger sleepsuit Granne and Grandad bought him for his first birthday!  He loves to roar!  Animal noises are being added to his repertoire - elephant and monkey are the new ones.  A new word this week was 'Qeen' (McQueen as in Lightning not Steve!) 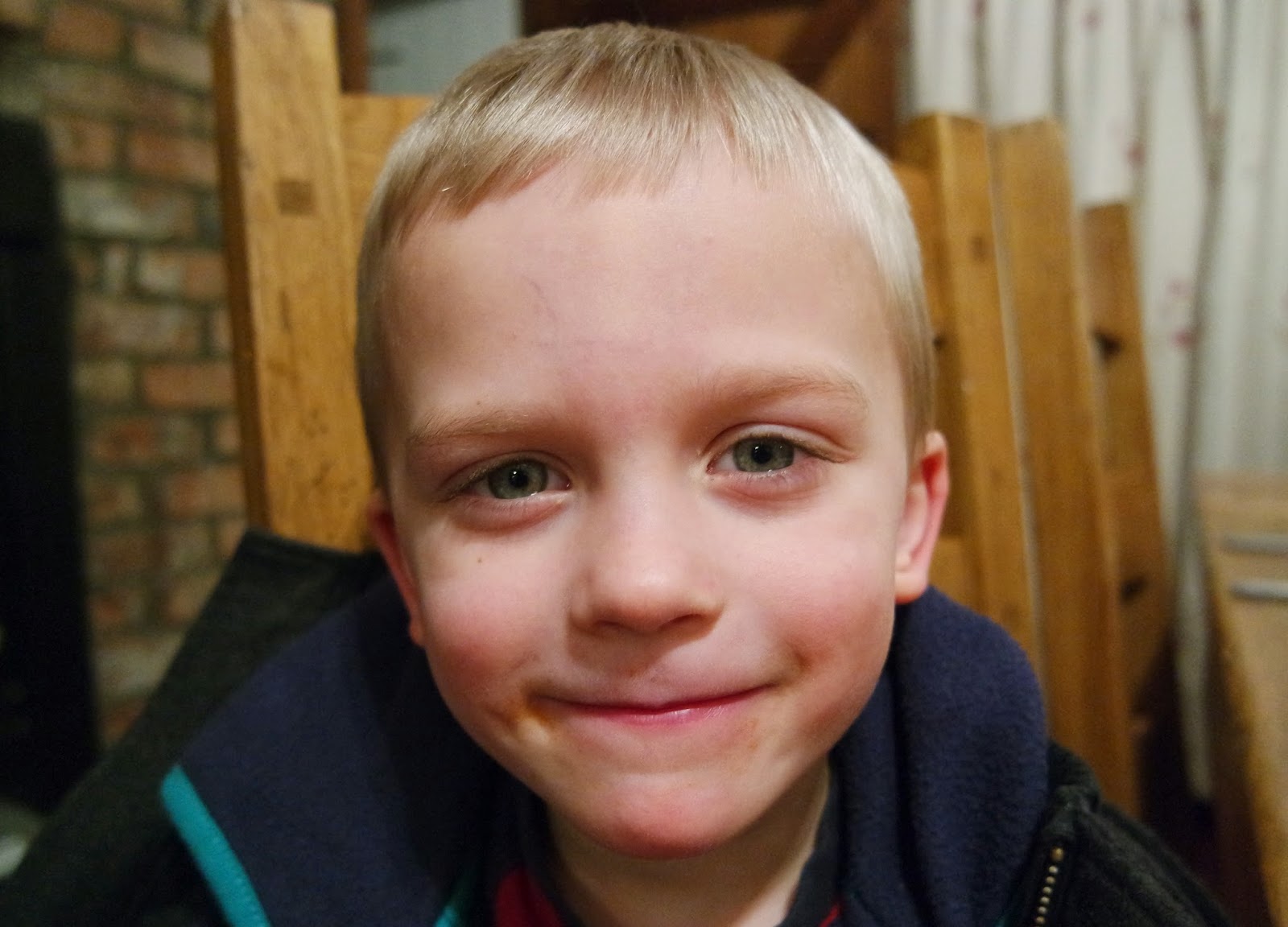 Some photos make you do a double take, this is one of those. Er, how did you get so grown up looking Benjamin??  I love that there is sauce round his mouth and a faint pen mark on his forehead, yes he still likes to draw on himself. I makes me smile and shake my head when he gets changed for swimming  and has pen marks on his thighs! I think this is a make do 'Harry Potter scar'
On Monday night we decided to take a road trip and help Daddy out by taking him to Manchester instead of him having to lug awkward boxes filled with workshop material across town. It was quite fun really driving into the city. The boys are not used to city lights, towering buildings and seeing so many people in one place. Funny to think that we're raising village boys when Nathan and I were urban raised. As we were driving Ben asked 'Mum can we sleep in a Museum tonight?' (Guess which film series we've been watching!) and 'Mummy are we in England?' 'Mummy do they speak Engerlish here?'
Love seeing the world through their eyes and having the opportunity to broaden it for them. 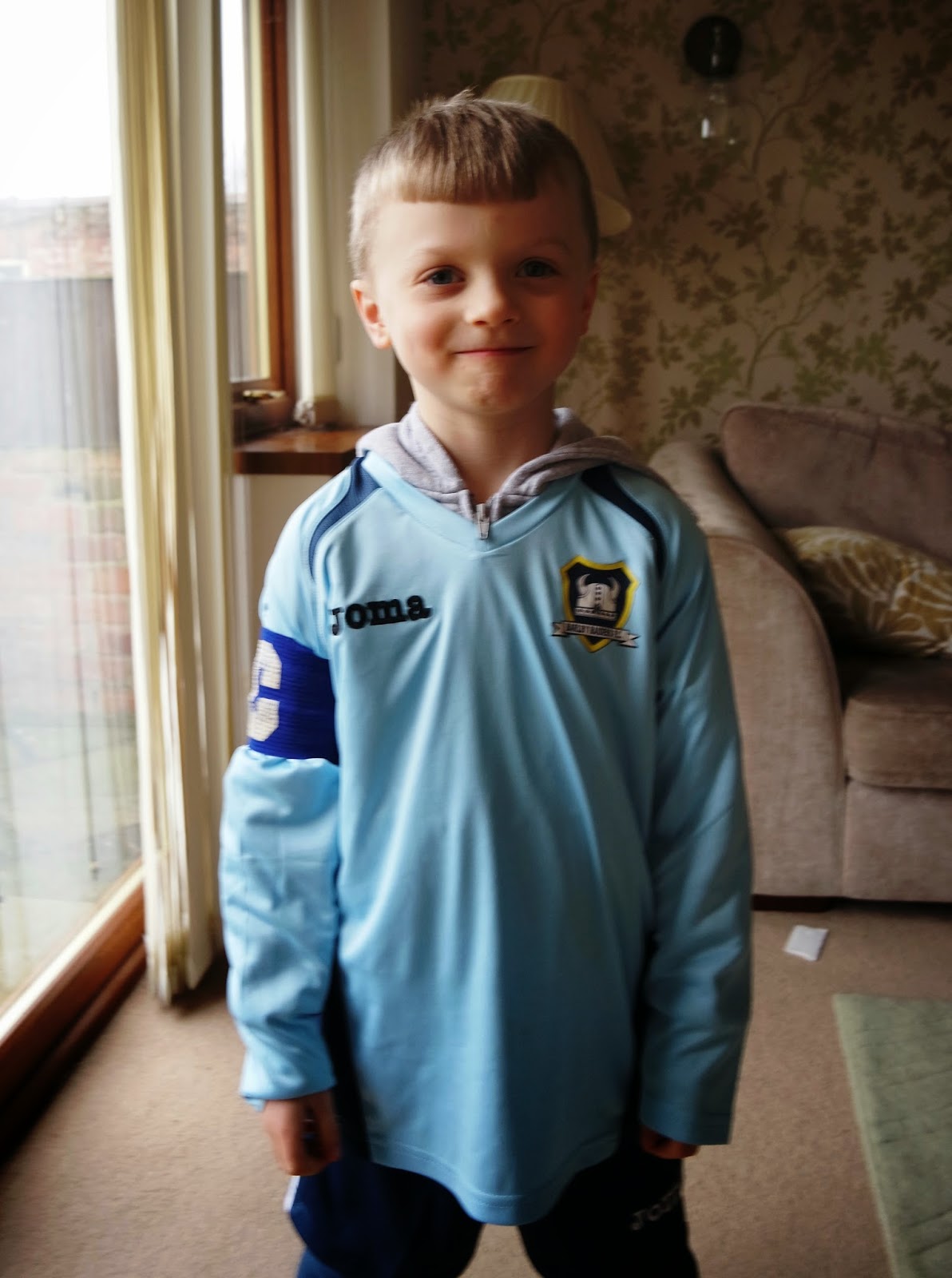 On the same road trip as we were driving over the M62 by Huddersfield, where you can look down the valley over the Calderdale Valley including Halifax, Joseph enthusiastically exclaimed ' Mum? Is that what I think it is?'
'What do you think it is?'
'....New York?'
Halifax never looked so good!