So we thought that we were taking Joseph and Ben on a walk by Lough Neagh in Antrim. However as it turns out we were actually taking Anakin and Obi Wan Kenobi. It has to be said that Anakin's listening skills were far superior to Ben's and he obediently followed Obi Wan's instructions with 'Yes Master'. Together they rid the walk by the canal from the Lough up to the the castle remains of all Clinkers. :) 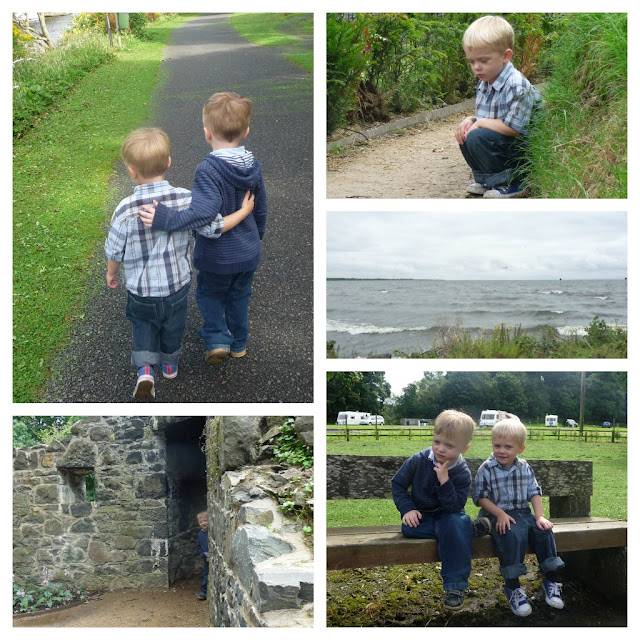 Later in the afternoon Ani and Obi also successfully completed a mission at the Cavehill Adventurous playground.

Sleeping arrangements as per the first night.
Posted by Aimingforswanlike at 08:45

Email ThisBlogThis!Share to TwitterShare to FacebookShare to Pinterest
Labels: Ben, Joseph, Trips, Walks, why I blog