This week we flew out to Northern Ireland to celebrate Richard and Ashley's wedding. We arrived Tuesday early morning having got to the airport gate by the skin of our teeth (promised ourselves we would never cut it so fine again). Found the hotel and napped!
An evening walk around the harbour and castle at Carrickfergus was about all we were up to and then to bed again. Ben and I ended up in the single and Nathan and Joseph in the double - short straw me thinks I got :)

Filled up on the eat as much as you like breakfast ( and with some muffins stashed in the bag for later) we headed for a day of  sight seeing. First port of call The Dark Hedges. 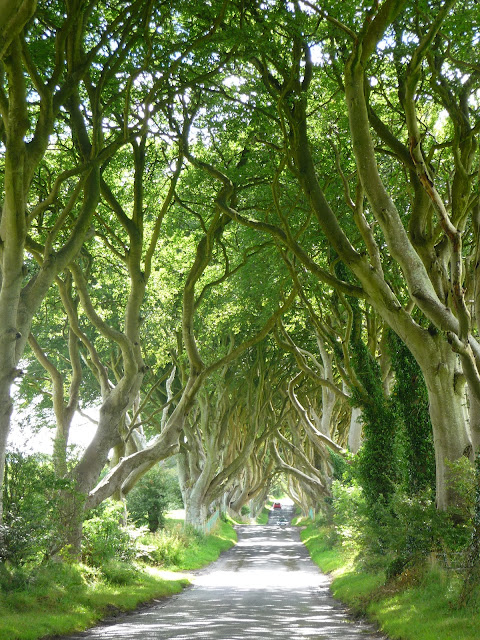 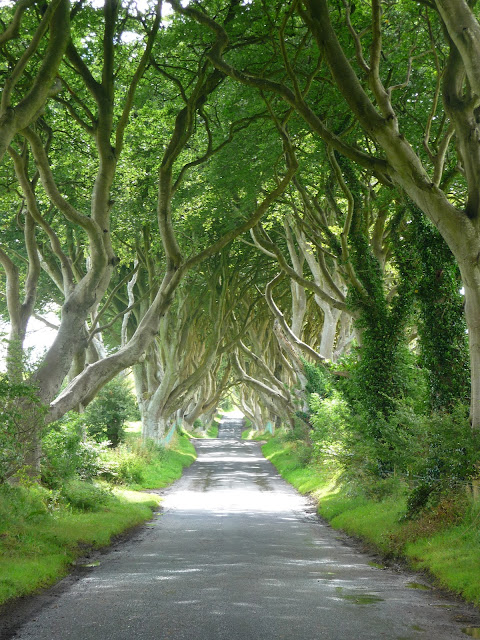 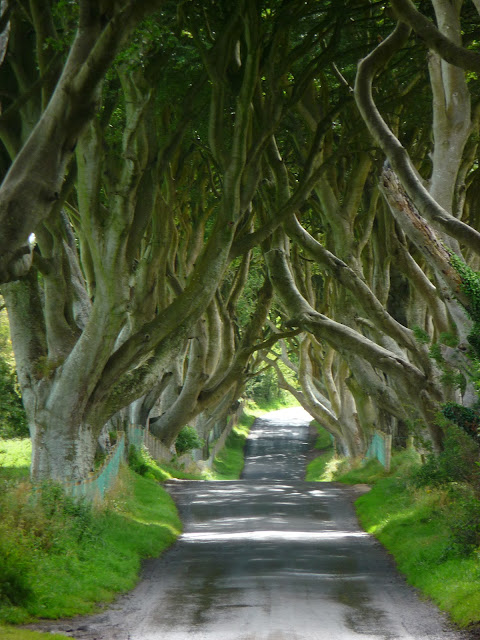 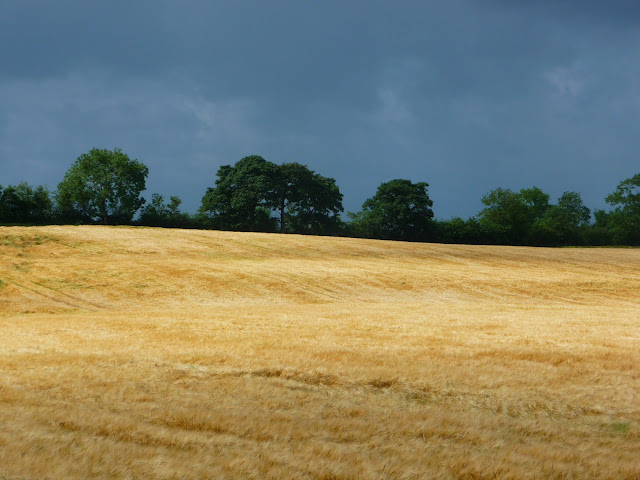 The onto The Giant's Causeway. Dramatic scenery and opportunities for climbing and attempts at photographs (the boys were not playing ball in this department and the listening wasn't too good either ) 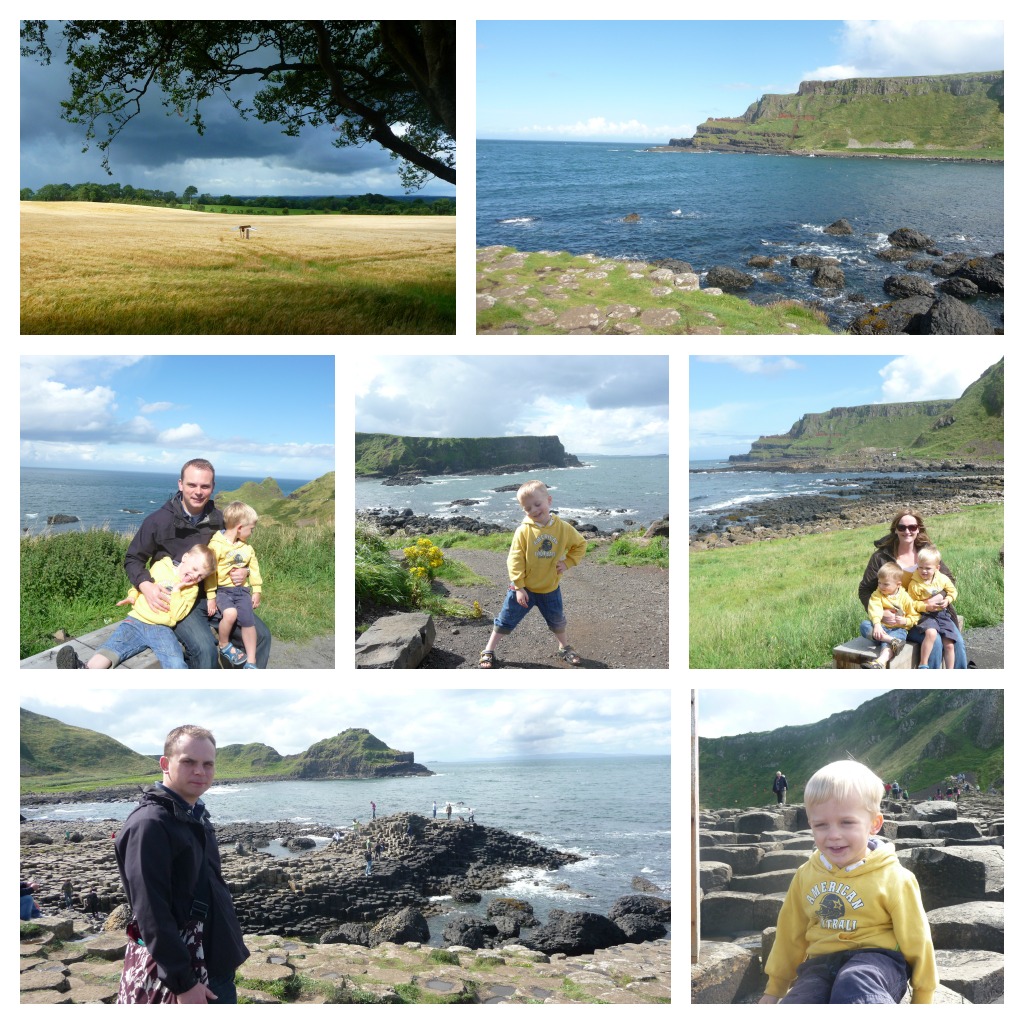 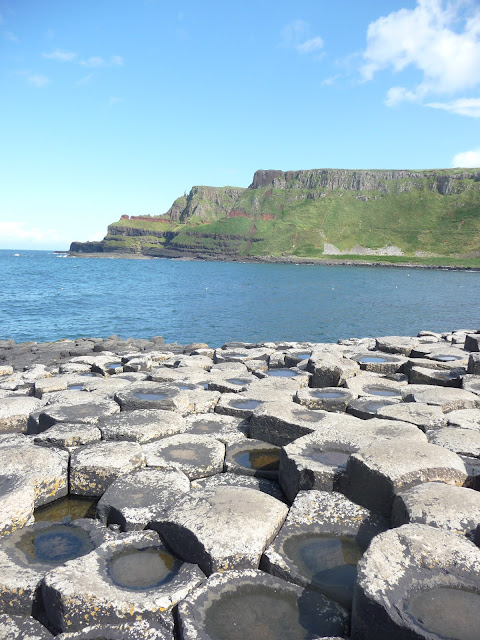 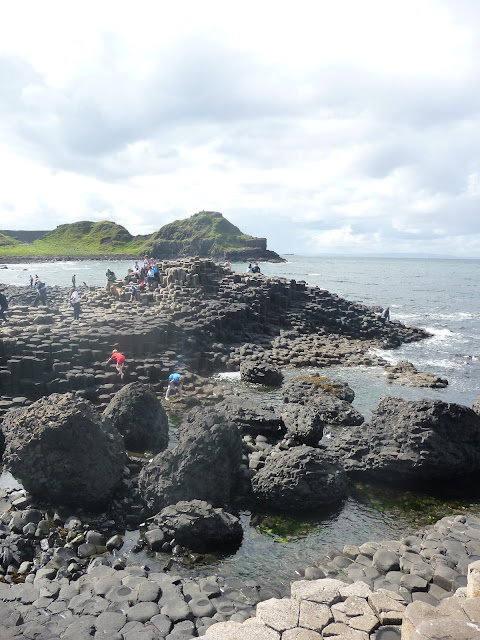 Drove along the Causeway Coastal route from the Giant's Causeway all the way down to Larne passing the Carrick-a-Rede rope bridge, White Park Bay and Cushenden which all look like places worth visiting sometime in the future. 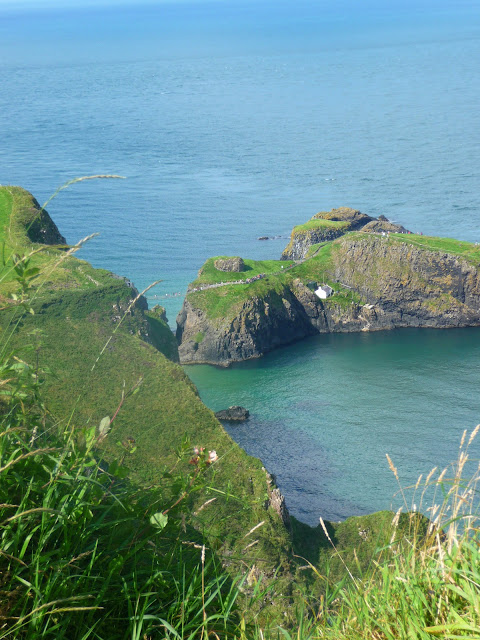 We stopped off at the beach in Ballycastle - (what does Bally mean anyway?) paddled, lounged, ran after Ben who ran away twice (listening not really working properly here either little tink) laughed at him standing on a rock with his arms folded exclaiming 'it's not funny huh' over and over. The sun was chased away by a heavy shower - we managed to just about make it to the car and realised we'd left the spare clothes back at the hotel. The boys travelled home in their t-shirts and grundies with a stop of for a family feast courtesy of KFC in Larne, the boys wrapped up in towels gained some bemused looks from the other diners.

Sleeping arrangements, Nathan and Joseph in single bed. I in double bed on the edge whilst Ben lay horizontally  with his feet near my face, taking up the remaining three quarters :) 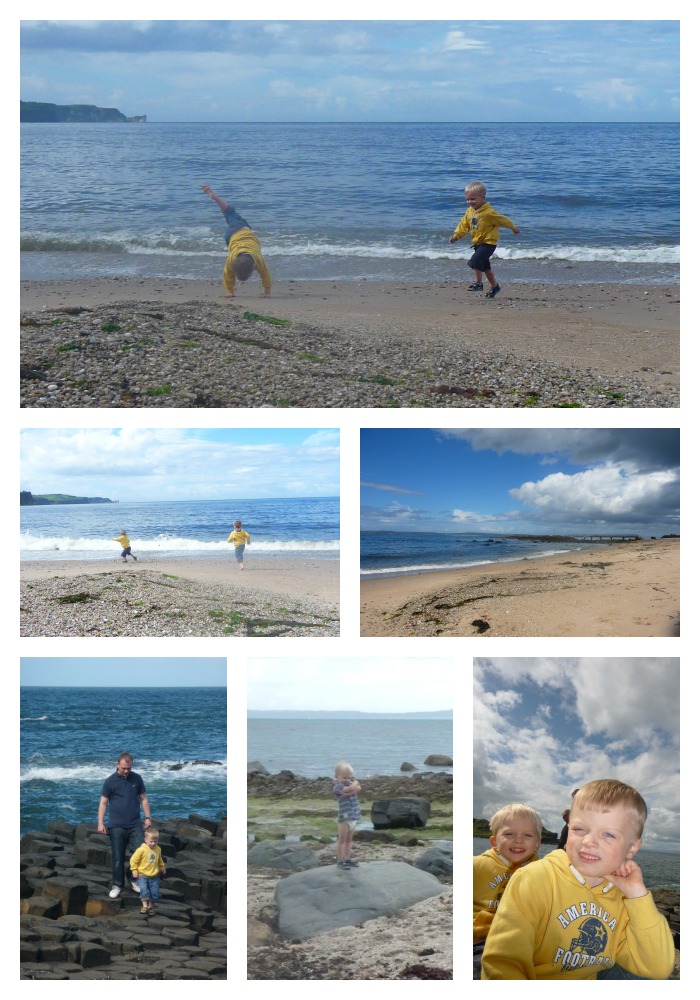