I had some success with my first attempt at freezer stencilling, way back in January when I made Joseph a Rhino t-shirt to match the rhino on his peg at school. For a second effort (only 7 months later - where has the year gone??) I decided on a dinosaur design where the tail would go around the side of the shirt and onto the back. I did a number of coats to make the white really stand out on the blue jersey. However, when I came to tear off the freezer paper I found a lot of areas where the paint had seeped through - gutted!  I put it to one side, annoyed!
Then later on  I had an idea; cut it out; did some crazy zig-zag stitching with no pattern or reason to it; stitched it onto some blue fabric then appliquéd that onto a yellow t-shirt and came up with this - 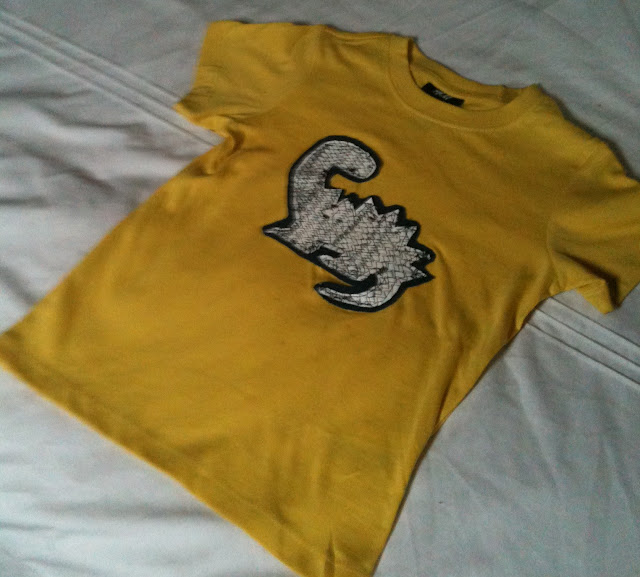 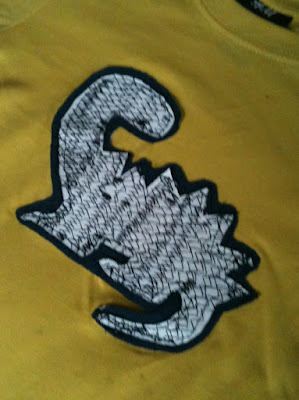 and I'm quite pleased :)
As is Joseph, here's his fashion shoot - 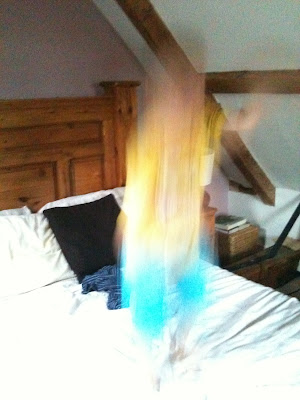 Here is how the t-shirt looks whilst bouncing 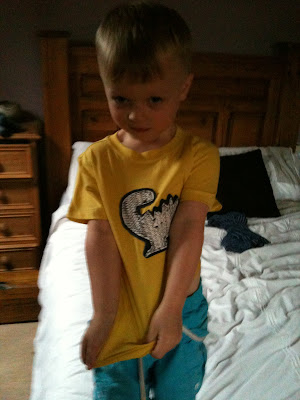 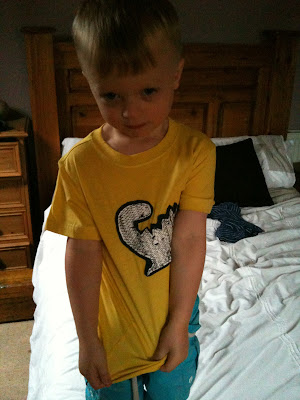 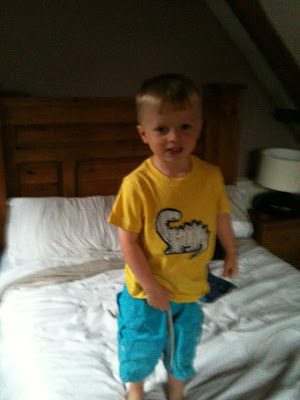 Think I may need the 'rest room' pose! 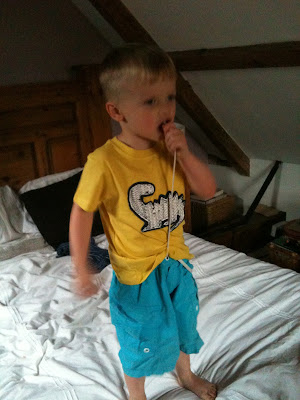 Bored now!
Posted by Aimingforswanlike at 12:08