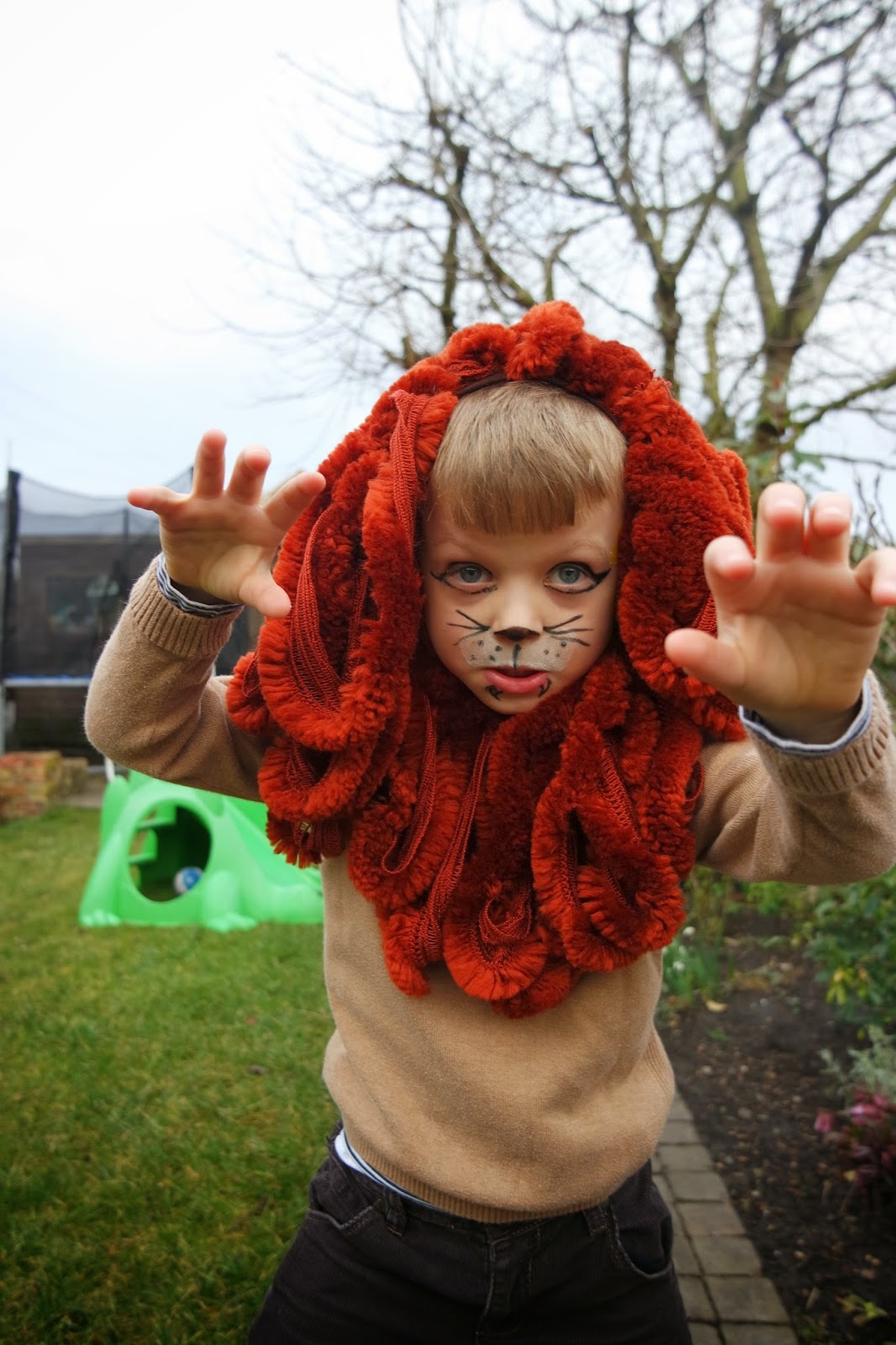 Joseph is always quite decisive about which character he wants to dress up as for World Book Day. fortunately they are in the main achievable. Ben on the other hand is late in the day and has expectations that Mum can accomplish any thing! I wish I had his confidence. He settled for Anakin ( I want to add again to the end of that sentence, as I think he may have gone as him before) but in his rebellious persona. I do feel like it is a bit of a cop out, as Anakin is mainly a film character and though we do have plenty of Star wars books I don't think it hits the brief. However, neither boy wanted to take up my suggestions of  Saucepan Man or Moonface from the Faraway Tree which we read at bedtime and like I say, late in the day Anakin it was. Joseph wanted to go as the Lion from       ' The Lion who wanted to Love.'  (Mum alert - worried that he would get mocked for taking a picture book into school!! Stopped myself from intervening as I believe he has enough confidence to be able to bounce of any such banter! Though I did suggest he take his animal encyclopedia in as well as that has lions in it too!)
A trip to Yorkshire Trading was a huge success. We went in with the aim of chunky brown wool to make the mane. Instead found this perfect trim in the remnant basket for £2. The sales assistant even suggested getting an elastic headband to attach it to as an idea - what service! An evening of stitching later and boom - one lion's mane. True it didn't quite last the rigor of the day but it looked great on the way to school. The boys were super impressed with my simple attempts at face painting. Nothing makes a boy smile quite so much as unexpectedly finding giant fangs on his face. After school, Ben did some DIY face painting ' Anakin has a black scar not red Mum!' Then they went in the bin to prevent any disastrous mix of face paints and Seth! 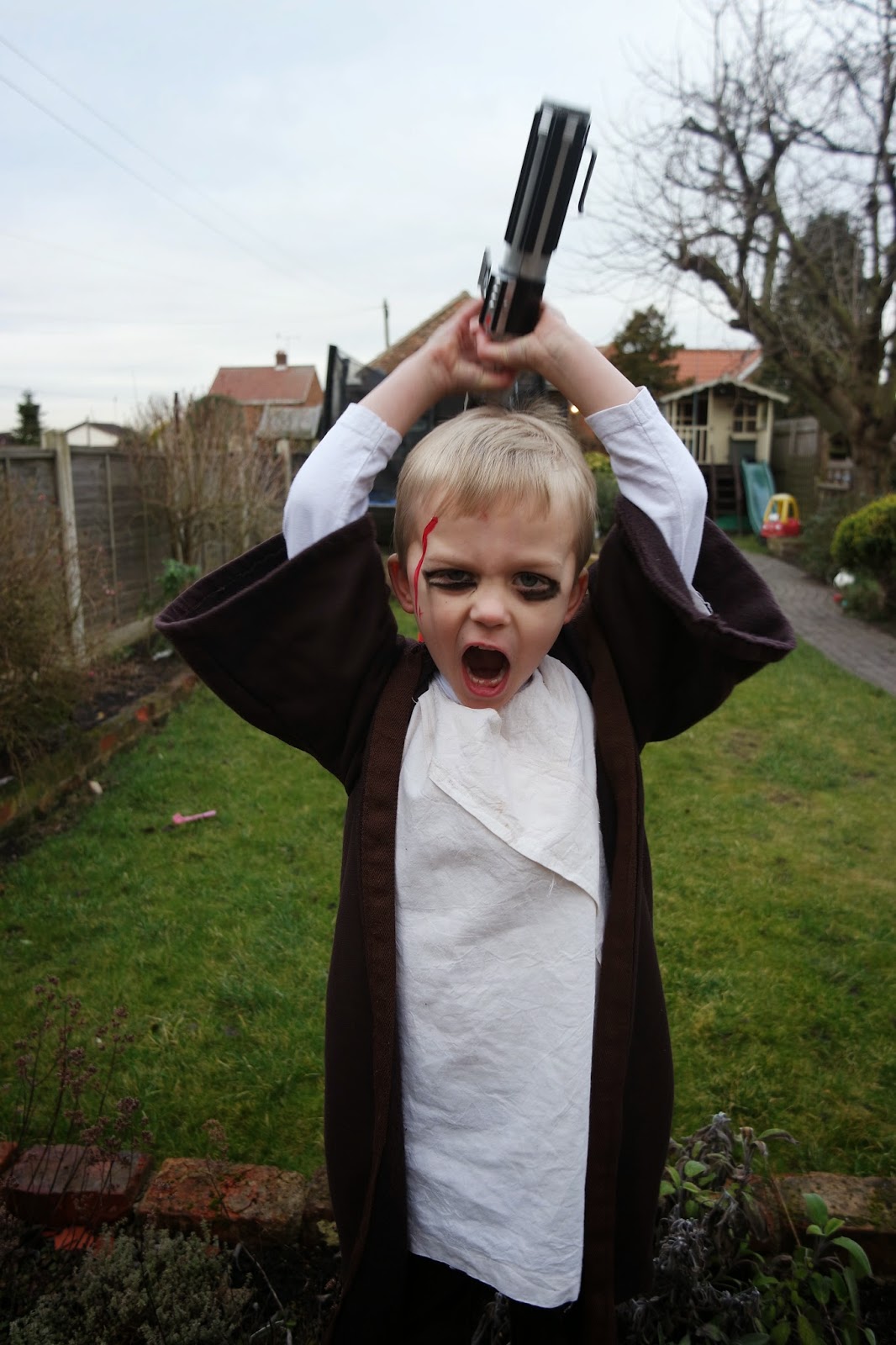 In other news. we took trip 13465362 + 1 to Spec Savers this week. Both boys have one pair of lost glasses, Joseph has now lost his second pair (at school may I add!) and Ben had broken his again (at school may I add again!). Fortunately, Ben's were able to be fixed and Joseph had another pair ordered. We went to a couple of shops then headed home. On leaving the car, noticing Ben was no longer waering his newly fixed spectacles I asked
'Ben where are you glasses?'
'Errrr..... I don't know... they were in my pocket!'
No glasses in pocket, no glasses in the car,  please hand me my straight jacket now, seriously I think I am going crazy!!! My mantra in these moments is 'Majorie says laugh'

A phone call later to The Card factory and they were found and I won't go into detail about what happened  to the car he retreieved from the bath, when he came into the bathroom, whilst I was on the loo. Let's just say, I wasn't going to put my hand in there to retrieve it and for a couple of days it looked like the loo was permanently blocked! 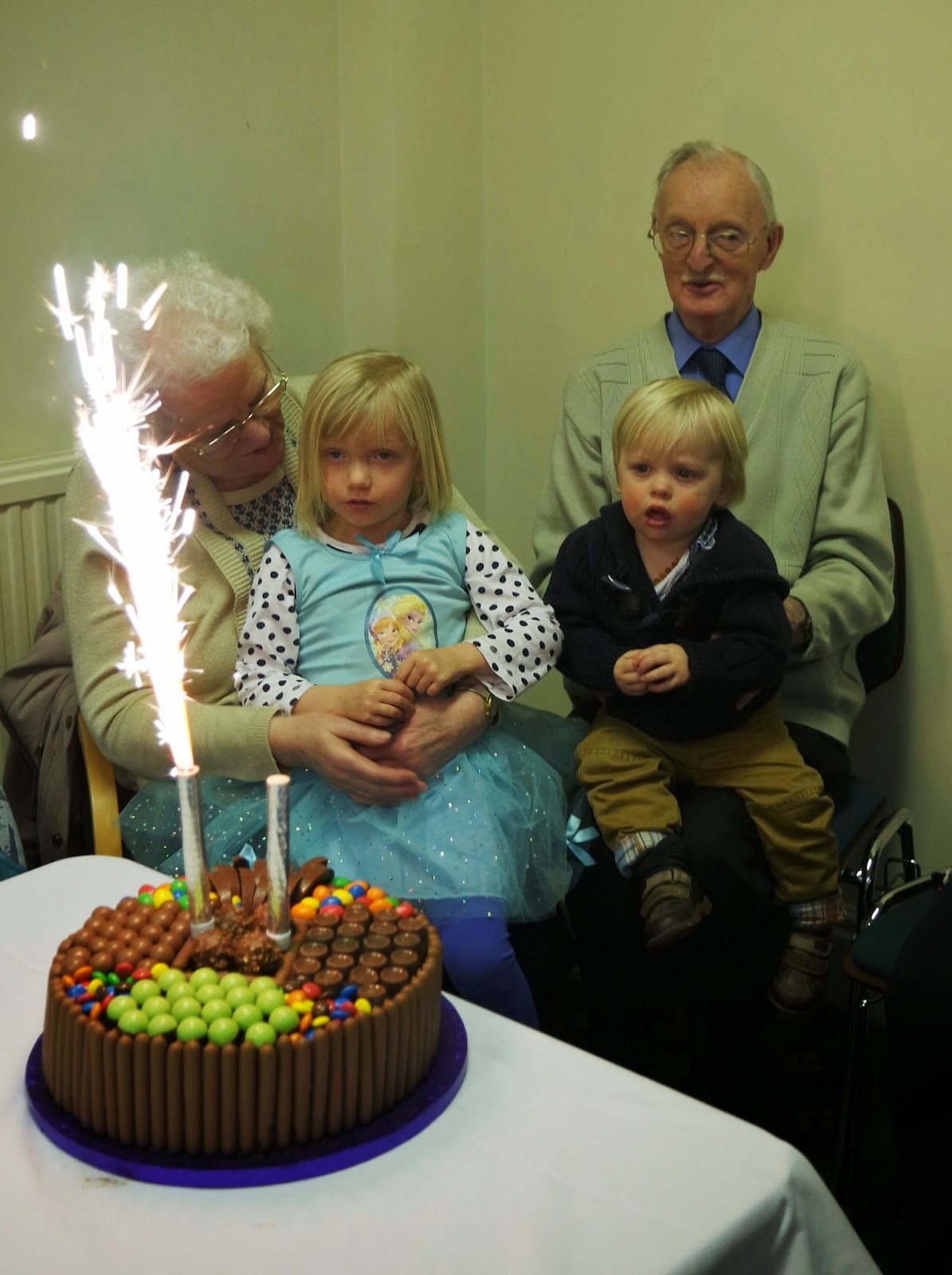 Seth's photo this week, was taken at Grandma Josie and Grandad Derick's birthday party. He really was not sure about the firework candel on top of their amazing birthday cake and his facial expressions were a picture.

As were Joseph's dancing moves and Ben's break dancing. Had to laugh that I had organised a craft activity making Mother's day cards and the only children who were not interested in having a go were my own. Joseph did make some fangs though - so creative haha! 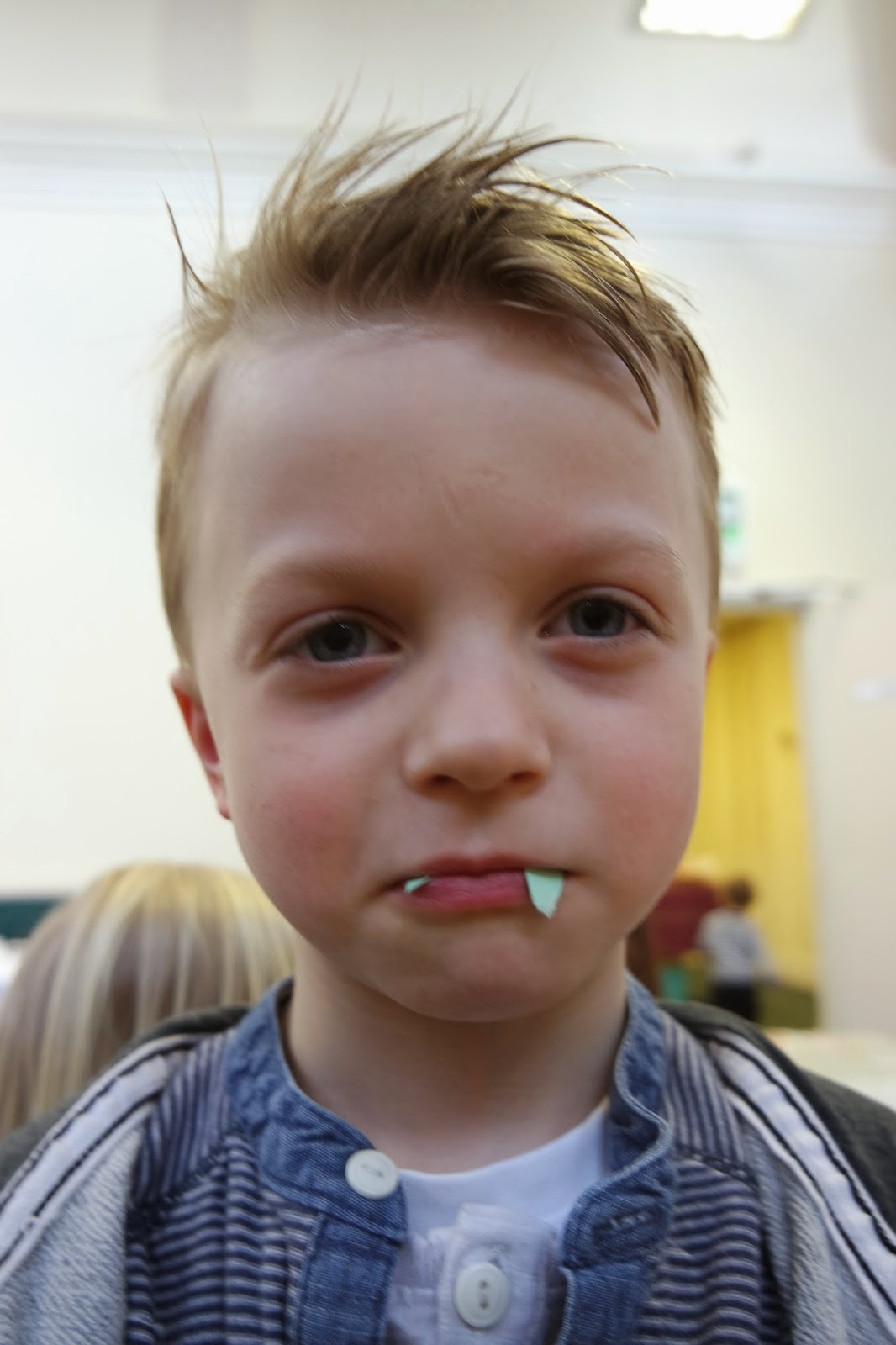