Easter Holidays round up

I love the Easter Holidays. We relax, we have family time. The nights are getting lighter and the weather somewhat better. Though this year  we had unprecedented snow drifts in March.
Check those bad boys out ! This is on the road from Long Lee to Cullingworth and this was almost a week after the snow fell - still car roof high. 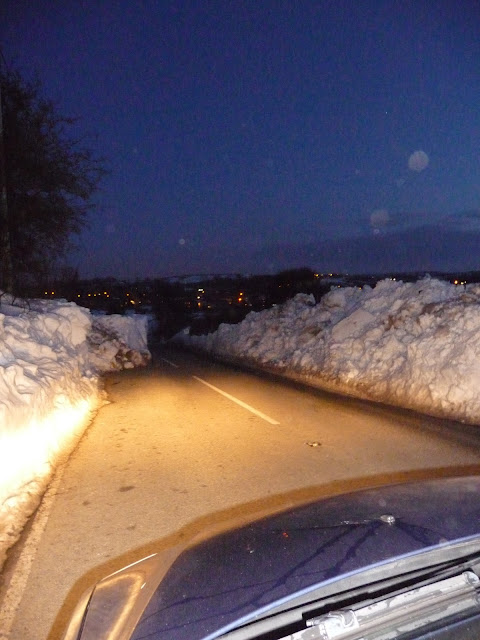 Good Friday we were at the Grandma and Grandad's. Seth got to meet Nana and Aunty Diane. He wooed with his conversation!

During Easter we -
Mon - attended the ward BBQ and football match. it was really chilly but the children all played really well together and the men played well together on the pitch (well done them no fall outs!)
Tues- Railway museum with Jack and Charlie
Weds- We went to Kirtstall Abbey  had the first picnic of the year and then on Dad's request we went to new lego shop in the Trinity Centre in Leeds. 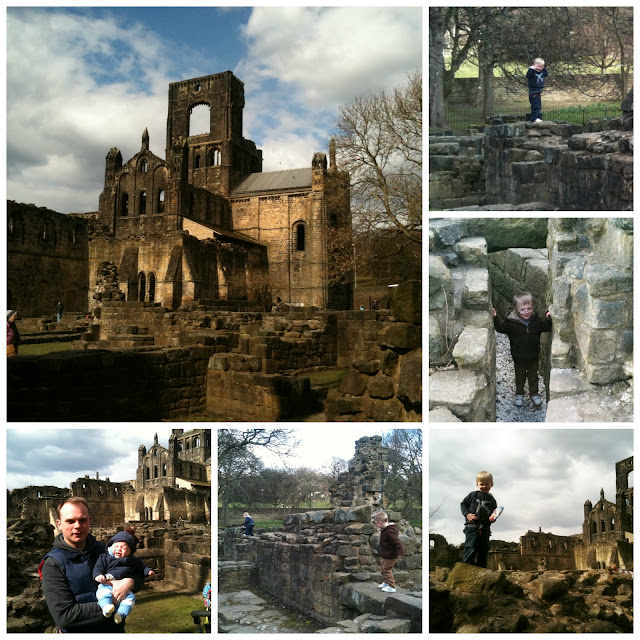 Thurs - Creepy Crawlies with Emily and Isabelle.
Fri- Granne came we went for a walk around Brayton Barff and then took the boys over for a sleepover at Grandma and Grandad's so we could go out for a meal with Nathan's colleagues.
Saturday - Nathan and I went for a drive around Saddleworth moor, dramatic views accentuated with blue sky and the remaining snow.
Sunday - General conference and birthday tea for Granne and Isabelle (she loved her cape)
Mon  & Tues- chill!!!
Weds - Hung out with friends at the farm shop and park. the sun came out and it felt warm, lovely.
Thurs - Took a trip to Thirsk with Nathan. he went to an appointment and the boys and I scoured the charity shops of Thirsk. In the afternoon we went to the Birds of prey centre - It was fab. The flying display was great! 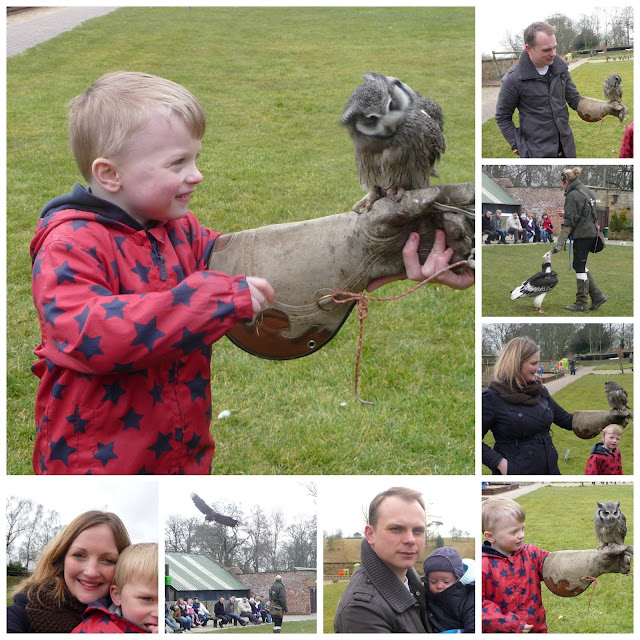 The boys were really thrilled that they got to hold two tiny owls. 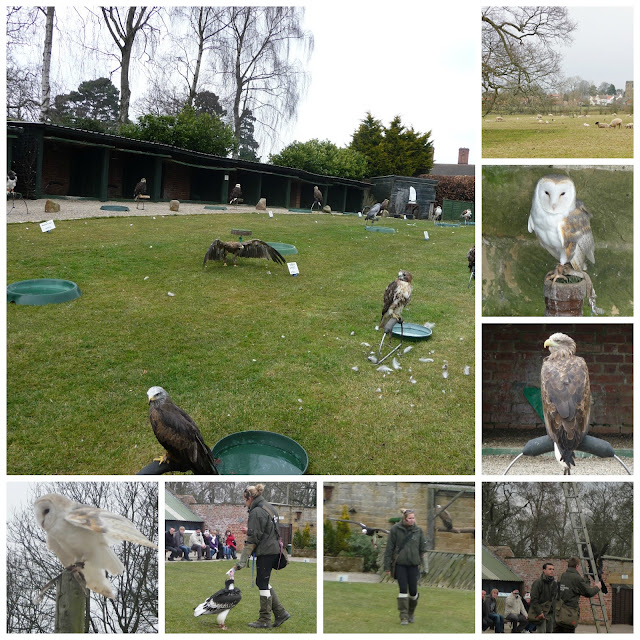 I love these photos of Ben, he looked really chuffed with himself.

All in all, a great holiday.
Posted by Aimingforswanlike at 05:55

Email ThisBlogThis!Share to TwitterShare to FacebookShare to Pinterest
Labels: Family, Life, Trips, why I blog