On the 28th, Joseph and Ben went with Grandma and Grandad to visit Nana and then have a sleepover. Nathan and I went to visit the Carol the midwife (again) and thought how convenient it would be if the baby decided to come whilst the boys were away.
Boy free we decided to make the most of it; subway lunch (classy I know) and then to watch The Hobbit we went. Tickets for the 3D showing bought we went to waste some time in Tescos and Dunelm. Sat down for the 4:00 showing and perhaps ten minutes later there it was, that first familiar feeling. Only mild but definitely there and very familar. I laughed as I told Nathan, he laughed and responded; ' You're joking, I've just paid for this in 3D!'  Throughout the film I squeezed his hand whenever the pain came and he checked the clock on his phone. Every ten minutes, like clockwork.
As we were already in York, after the film (Nathan very pleased to have seen it all) we decided in the interest of fuel consumption to try and take advantage of being close to the hospital. We went for a browse around TK Maxx and Sainsburys but the pains subsided. Tired we went home, fortunately the bridge was open as it had been shut the day before and would close again just days later. At home we watched the second part to a BBC Christmas drama 'Restless' and then really shattered I went to bed. 12:15 I woke up - I wasn't entirely sure but I thought my waters had gone. Quick goggle and decided they had and then the next time the pain came - it had changed in intensity and length. Rang the labour ward and set off. Sent mum a text at 12:33 just as we found signal at the turn off for Kelfield. The contractions then came every 3 minutes on the 15 min trip to the hospital - Oh how well this was timed - no boys to worry about, the bridge was open, no York traffic to contend with - thank you, thank you, prayers truly heard and answered. We arrived at 12:48 (parked on the yellow lines right in front on the door, I refused to let Nathan leave me to park somewhere else) told a bed wasn't quite ready so directed to the waiting room but baby was in no mood to wait. I cried out for help, made it to room 12 and just let the body take over and do it's stuff. At 1:10am our beautiful boy Seth came into the world in what the midwife(Lisa)said was a very controlled way (pat on the back eh!) That feeling of relief, that feeling of a newborn in my arms, the sound of a loud cry, asking what have we got ' a boy' smiles between Nathan and I  - amazing. 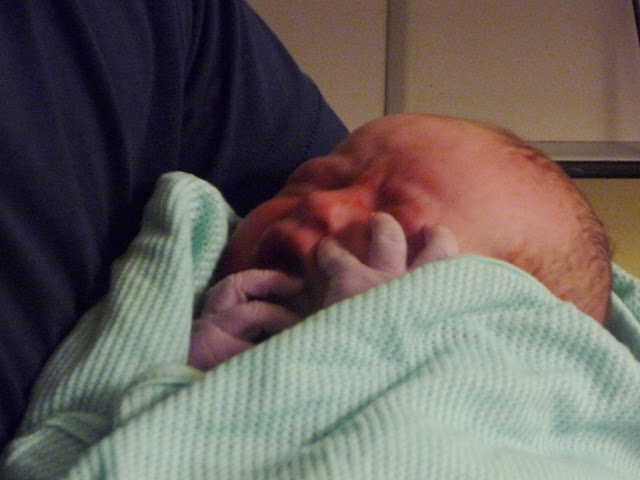 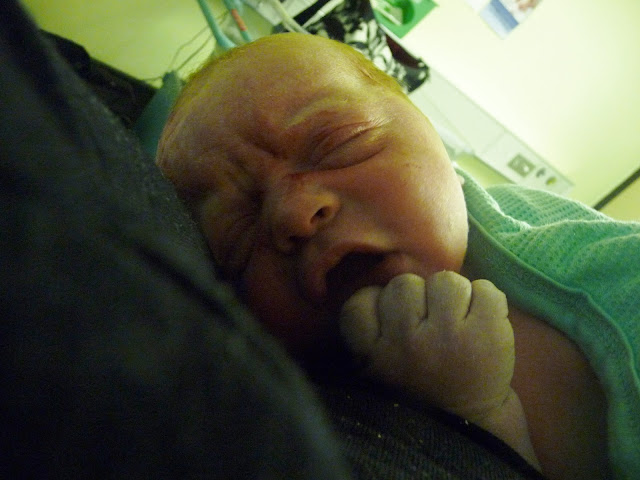 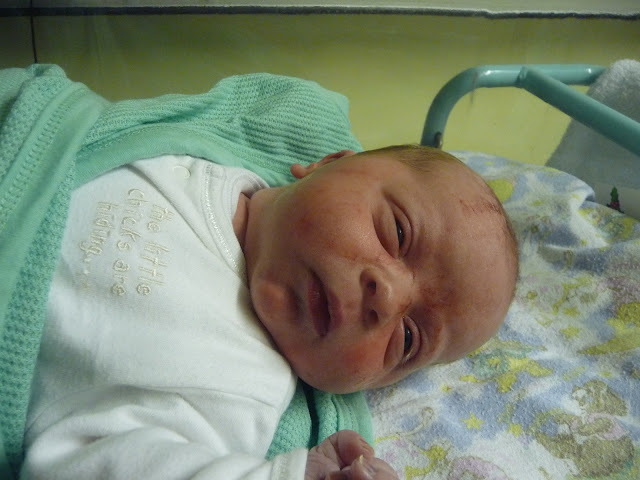 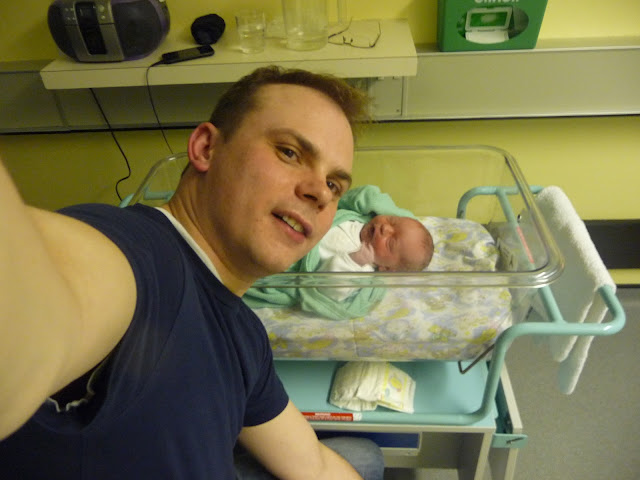 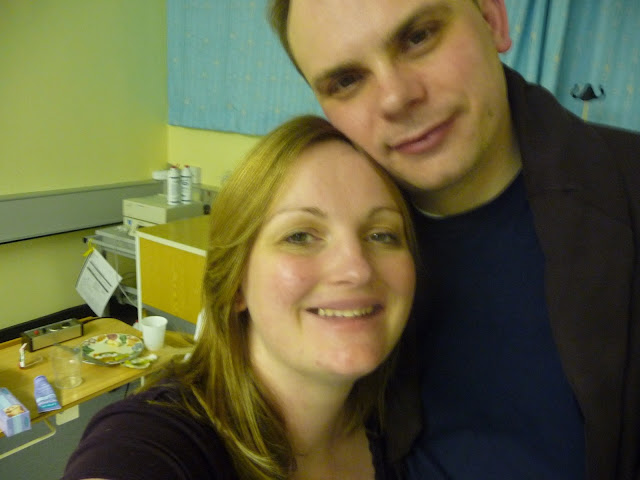 Baby dressed, Mummy bathed, baby fed, phone calls to excited Grandparents made( Mum hadn't even recieved the text I sent earlier so it was a surprise) Went to the maternity ward, prayer of thanks said. Daddy went home, I just stared at my new baby - miracle.
Posted by Aimingforswanlike at 12:58

Email ThisBlogThis!Share to TwitterShare to FacebookShare to Pinterest
Labels: Family, Life, Seth, uplifting, why I blog