We've just returned from an amazing week's holiday in Switzerland. I'm not entirely sure the best way to go about recording all the many memories. I'm opting for photos in no particular chronological order as pictures are worth a thousand words , so they say.
#1 Flying 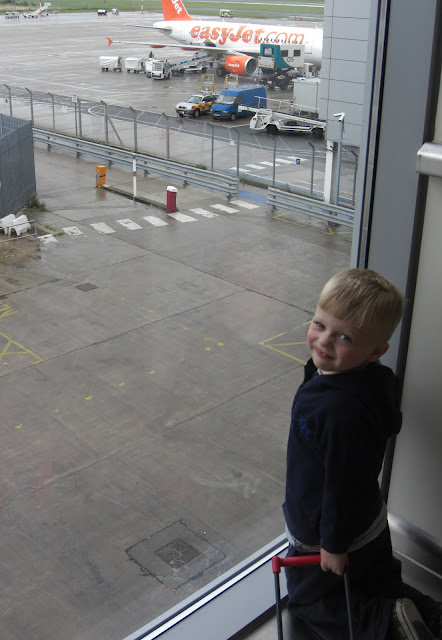 Joseph being so excited to go on a plane.
Ben was a little hyper (probably to do with all the sweets he'd had - bad parenting idea!) On the way home he screamed full on for the 10 minutes descent as he wanted to sit with me, but I was over the aisle unable to do anything, much to the disgust of the young female in front of me who kept turning and giving mucky looks - brownie points for not saying anything to her. (This isn't really a highlight just a vivid memory)
#2 - Hospital trip 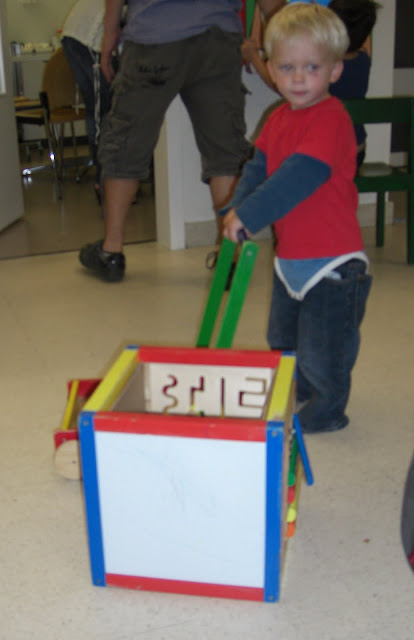 Again not really a highlight but an hour after arriving at Aunty Christine's we had to go to the hospital with Ben. In a state of extreme excitement - a mix of sweets, Sally and Duke (Aunty Christine's dogs) and being able to move around, he ran into the corner of a table and cut underneath his eye. We waited for nearly two hours. Fortunately it was apparently very 'superficial' and would heal by itself, which it did.
#3 Schwarzsee 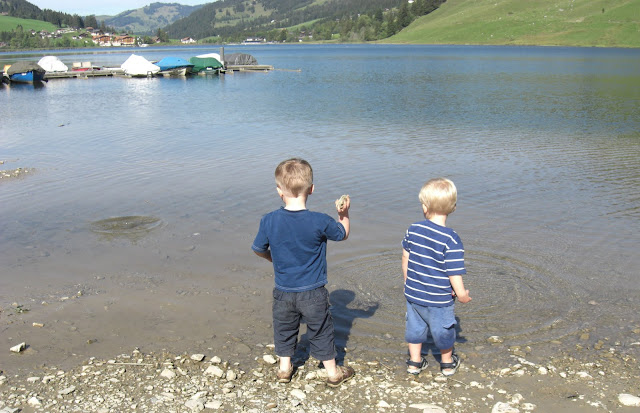 Just the perfect setting for great family time. the boys love throwing stones in the lake, the cabin was cosey, we ate outside, it was warm and the scenery was just beautiful. I kept saying to Nathan ' I can't believe we're staying somewhere so beautiful for free' 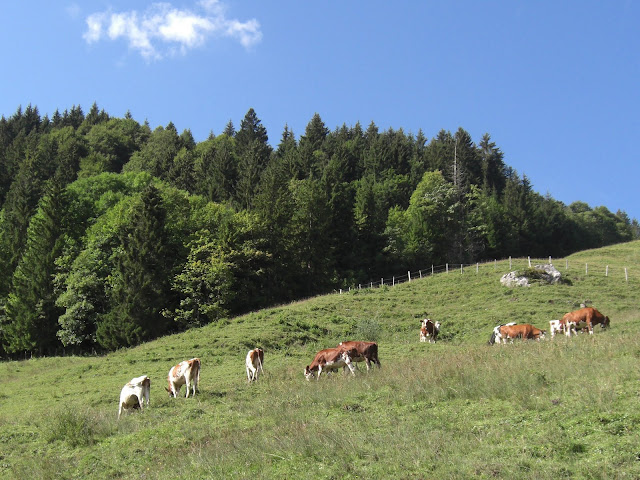 The sound of the cow bells were in the background constantly, apart from Saturday morning when I woke up and noticed their absence, they went for milking and then came back - I loved it. 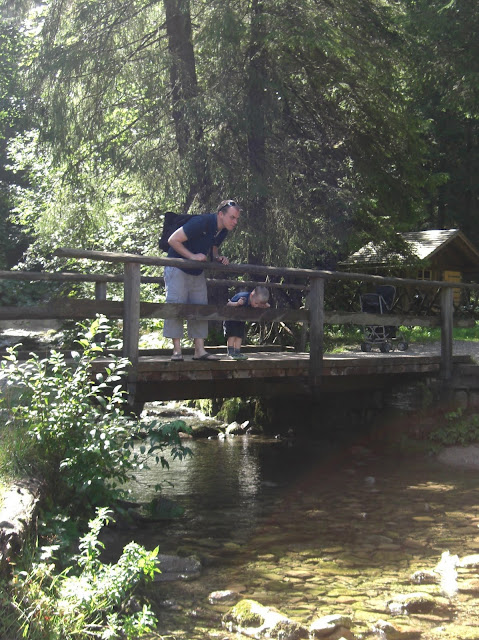 Playing pooh sticks on our walk around the lake. 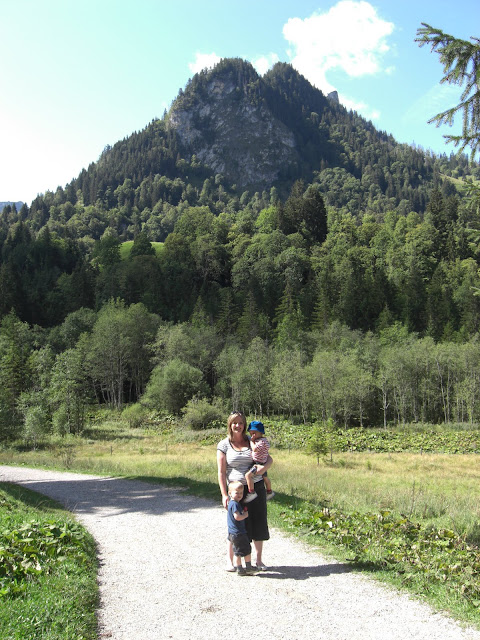 Around every corner there was a new photo opportunity. The sky was blue and the clouds were white - perfect weather. 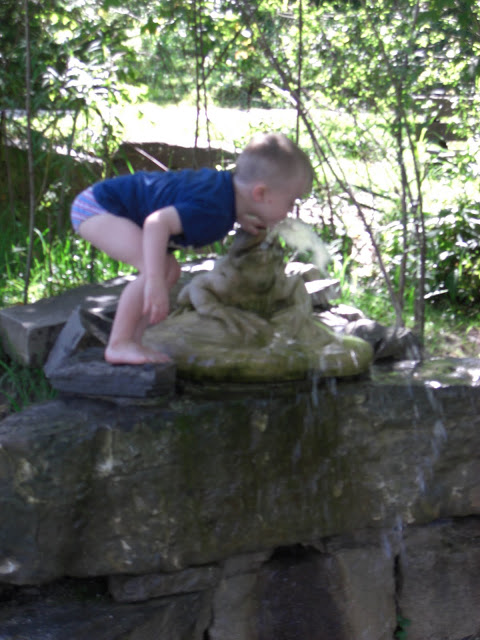 Joseph jumped at any and every opportunity to get wet! 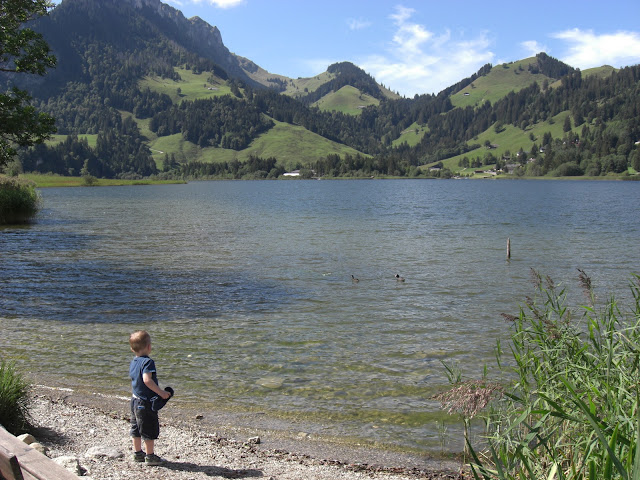 I love this photo as it is reminiscent of one of him playing with pebbles around lake Meade in Idaho, 3 years ago. 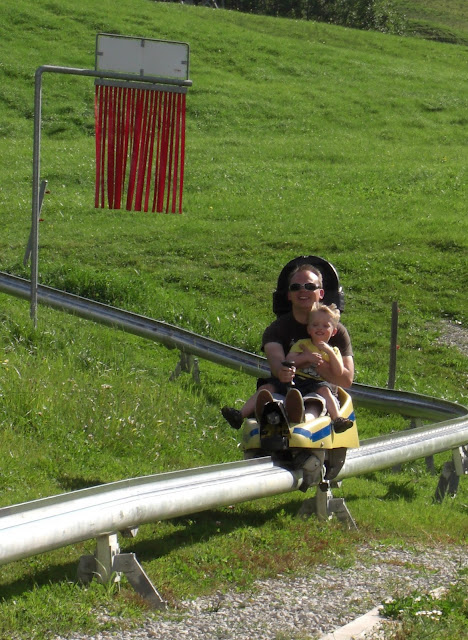 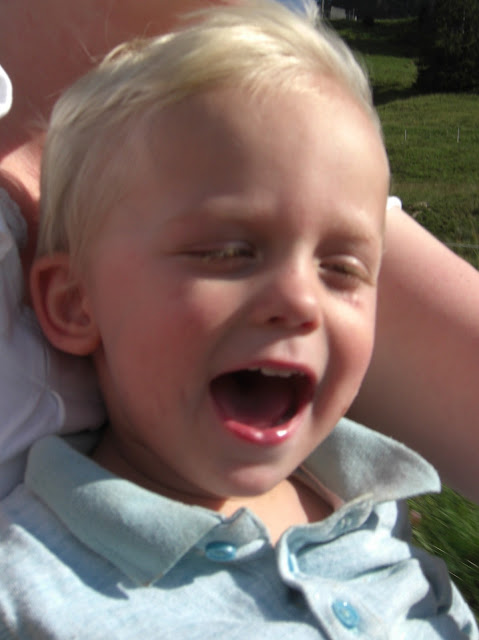 We all loved the toboggan run by the lake. Ben squealed with delight and loved it when we went really fast. 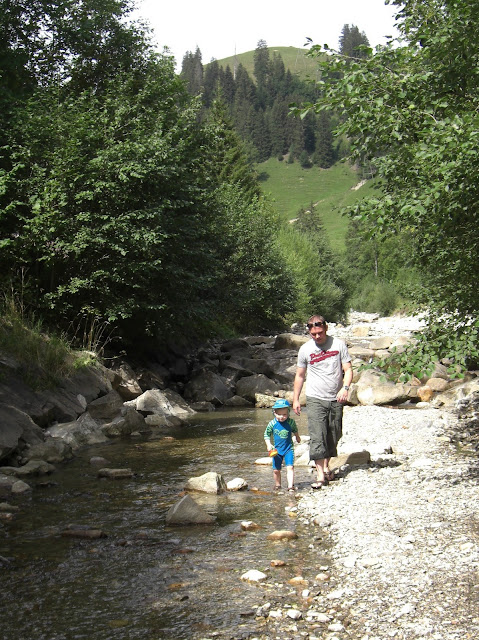 If you were to ask Nathan what his highlight of the whole holiday was he'd choose sailing the boats down the stream to the lake with Joseph.