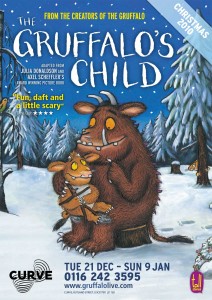 Today we went on our first trip with Cawood Toddler Group, to see 'The Gruffalo's Child' at the West Yorkshire Playhouse in Leeds. The bus ride there went well (meaning uneventful!! Joseph slept and Ben sat nicely on my knee). 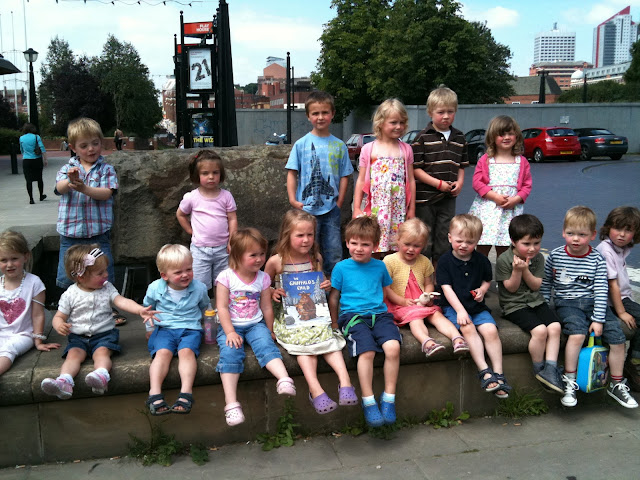 We had our packed lunch in the cafe area - boys warming up. Both boys were very interested in going down the stairs and throwing things down the stairs fortunately the apple carton was empty and didn't hit anyone. Slight trauma over not being bought a 'Gruffalo' or some sweets (mean, tight mum!) but he calmed down when Ngaika came back from the toilet. In the theatre itself, Joseph found it hard to get comfy as he wasn't heavy enough to keep the seat from flipping back into upright position. Ben was just going into - 'I'm tired, need a nap, in fact I'm past it mode'. His wriggling provided even more distraction to Joseph than the seat and other people's sweets!! We did manage to get involved with some of the story and songs until Joseph decided he needed the loo and set off by himself in the dark, up the auditorium steep stairs and out the door - I of course followed in pursuit but with a flailing armed Ben. In the foyer, whilst giving clear instructions to Joseph not to walk out off by himself, I felt a warm sensation on my leg... Ben was weeing out of the side of his nappy and on me! When does that ever happen????!!! I ran to the loos, took his nappy and shorts off, washed my skirt with his shorts and soap, walked back to the auditorium with a bare bottomed Ben to get spare, albeit girly, shorts from Helene ( a much more organised mother as I had none!). Made it through to the end with a little more flailing of arms from a now very tried and hot Ben. Back on the coach and he was asleep within 5 minutes!!! 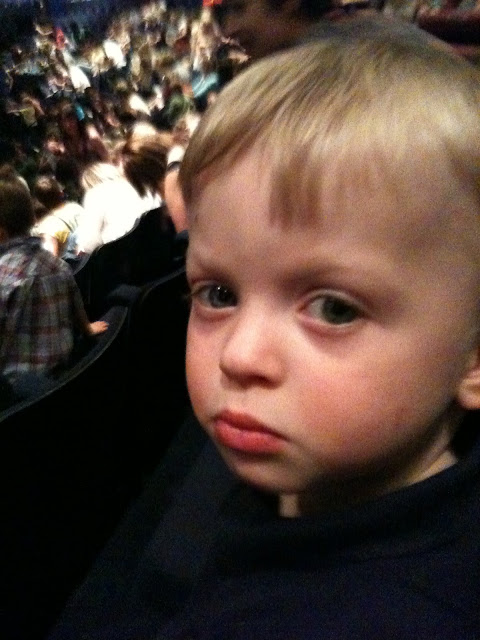 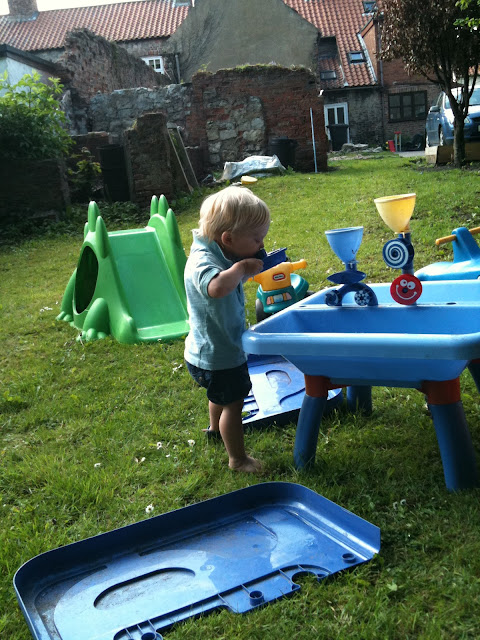 Joseph's expression on the photo above kind of reflects how I was feeling at points during the trip - it wasn't meant to play out like this!! However, all in all it was a nice trip with nice people and what am I to really expect when taking two lively little boys to the theatre other than a bit of off stage drama?!

The other photo shows ben drinking water out of the water table in the garden (filled up today so not entirely rank) whilsty sporting Natasha's denim hot pants!!
﻿
Posted by Aimingforswanlike at 13:09